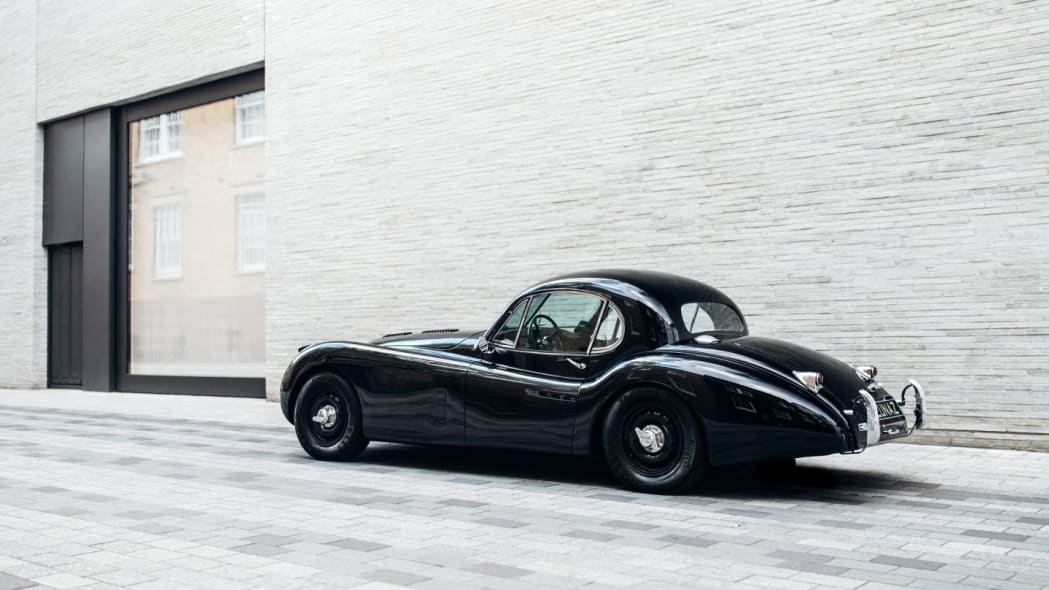 One day last year, as David Lorenz waited by the side of the road for repair help with his classic car, he had an idea: Why not update all of that ancient mechanical "character" with a modern electric drivetrain? That would give an owner the beauty of the past, the mechanicals of the present, and the powertrain of the future. Jaguar does it with the E-Type Zero, and Aston Martin's in the game with the reversible EV powertrain swap for the DB6 Volante. And so Lorenz founded the British engineering firm Lunaz Design, named after his daughter Luna and headquartered at the Silverstone Technology Park. The company's first products are almost ready for order, starting with a 1953 Jaguar XK120 and a 1961 Rolls-Royce Phantom V.

Lunaz conversions aren't a matter of pulling an engine and installing a battery pack; Lunaz reengineers classics. Managing Director Jon Hilton oversees a team bringing experience from carmakers such as Aston Martin, Ferrari, Jaguar, McLaren, and Rolls-Royce, with Hilton's résumé including six years with Cosworth Engineering followed by eight years in Formula One. To develop the Lunaz offerings, a chosen car is stripped to the metal and weighed so that engineers understand the weight distribution at each corner, then the car is stripped to the chassis and 3D-scanned. This yields information allowing designers to create a powertrain that fits to the millimeter and stays true to the handling dynamics of the original vehicle. During the rebuild, the company says, any imperfections are remedied "using traditional coachbuilding techniques."

The Jaguar and the Rolls-Royce get battery packs in two locations, one under the hood and one under the trunk floor. Lunaz says it can fit more battery for its in-house design into each car that way. The Jaguar's 80-kWh battery feeds two electric motors sending 375 horsepower and 516 pound-feet of torque to the rear wheels. The Phantom V uses a 120-kWh battery pack, but its output hasn't been released.

An XK120 and Phantom V are never cheap, and nothing changes about that here. The Lunaz conversion starts at £350,000 (about $430,000 U.S.), and based on the prices of the Jaguar and Rolls-Royce in question, we're not clear on whether that figure includes the donor car. The firm says it "has purchased a range of iconic classic cars," one of them suspected to be a 1956 Rolls-Royce Silver Cloud, and if the website is any clue, it looks like an Eleanor Mustang is in the offing as well. Build slots can be reserved from next month by contacting the company.