Demand weakens a bit, but keep in mind it was a short selling month Toyota's U.S. sales fell 16.5% in September, hurt by lower sales of Highlander and Tacoma, as well as declining demand for sedans such as Camry and Prius, the Japanese carmaker said on Tuesday.

The company's sales fell to 169,656 vehicles last month, in the United States, from 203,100 vehicles in September a year earlier, and were the lowest since January, led by a 16.8% fall in its pickup trucks and SUV sales.

One big reason Toyota and other automakers are reporting lower sales this month: Because of the timing of Labor Day weekend this year, it was counted in August sales. By this year's calculations, September only had 23 selling days.

Nissan: Total sales for Nissan and Infiniti brands of 101,244 units, a decrease of 17.6 percent compared to the prior year. 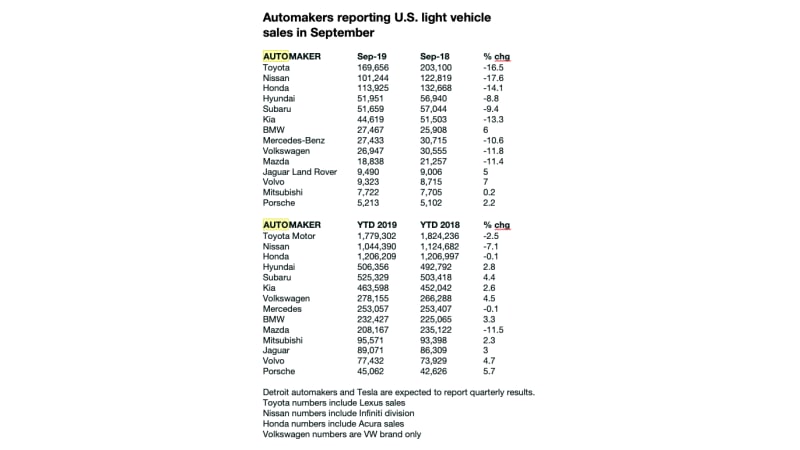 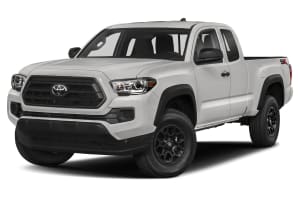