It's a thinly veiled preview of the company's next kei car 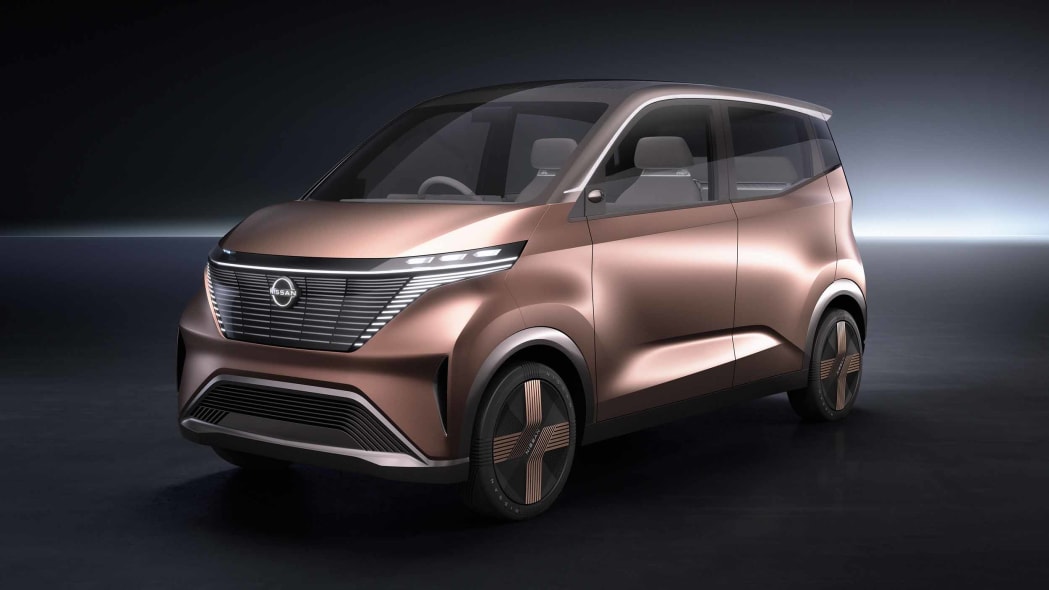 One of the stars of Nissan's display at the 2019 Tokyo auto show will be high-tech, city-friendly concept named IMk. It was developed for megacities like the Japanese capital where it will break cover.

Stylists sought to prove that a city car doesn't need to look like a bargain-spec rental. Its front end is characterized by thin LED headlights and a digital evolution of the Japanese company's V-Motion grille. These styling cues put the IMk in line with many recent concept cars, but Nissan says it has put a unique touch on them.

"The bumper, wheels, tires, windows, tail lamps, roof, and high-mounted spoiler treatment borrow from the flowing patterns of mizuhiki, a thin twine made of Japanese rice paper," Nissan design boss SatoruTai pointed out. He added the shield-shaped insert that replaces the grille will become one of the company's signature design elements in the coming years.

Tai's team drew inspiration from cafes and lounges when they penned the interior. Sitting on the front bench feels like sitting on a cloud, Nissan claims, and the button-free dashboard contributes to the uncluttered design. Though the IMk hides its tech, there's plenty of it. The car recognizes the driver via his or her smartphone and automatically adjusts parameters such as the seating position, the climate control settings, and the stereo. Key information about the car and its surroundings is shown on a transparent, bezel-less prism display that pops up from the fabric-covered dashboard.

The IMk gives the driver the option of ignoring the information on the screen and becoming a passenger. It's fitted with an evolution of Nissan's ProPilot 2.0 technology that takes control of the car when the right conditions are met, such as on a single-lane highway. It's also able to find a parking spot on its own.

The concept is an EV but technical specifications such as range, acceleration times, and other statistics will be announced during the Tokyo show.

Officially, the IMk concept is a preview of the direction Nissan's design language will take in the coming years. It hasn't been confirmed for production, but we wouldn't be surprised to see a version of it arrive in showrooms, likely as a kei car for the Japanese market.

Its dimensions add credibility to our hypothesis. It stretches 135 inches long, 59.4 inches wide, 64.5 inches tall. It's a little bit over an inch too wide to comply with kei car regulations, but Nissan could easily modify that were it to transform the design study into a production model. And then there's the name: It's a K-badged member of Nissan's family of IM concept cars, which includes a crossover called IMx and a sedan dubbed IMs.

The IMk is one of 14 cars Nissan will display in Tokyo this year. The show opens to the public on October 25.