One of the very first of the retro-styled Fiat 500s sold in the United States, now tossed aside in Denver 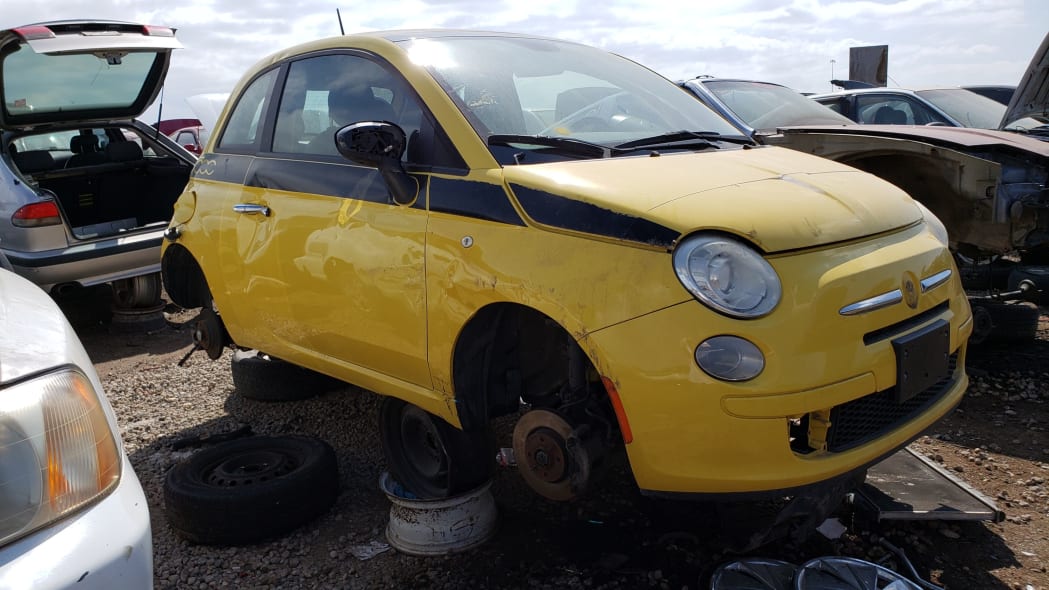 FCA just announced that the Fiat 500 hatchback and convertible get the US-market axe after this year, not even a decade after the car reintroduced us to the Fiat marque. I've been seeing crashed 500s in big American wrecking yards for years now, but now some non-crunched examples are showing up on my junkyard journeys. I decided that I'd commemorate the rise and fall of the 500 by photographing this giallo 2012 500 Pop, found in Denver. 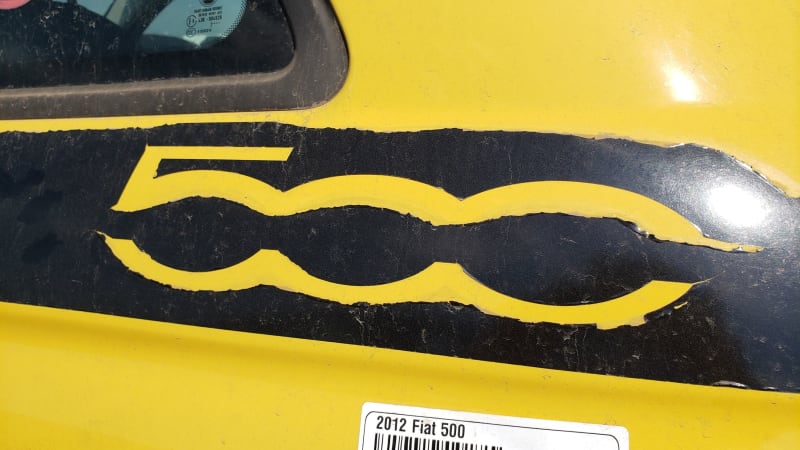 According to an industry person who wishes to remain anonymous, Fiat was short on automatic-equipped 500s for 2012 (the first model year of North American sales), so a few hundred of the early Pop-trim-level cars got yellow or red paint and these black stripes and badging to help them move off the showroom floors despite their sales-killing third pedals. Soon after, the Fiat 500 Stinger appeared. 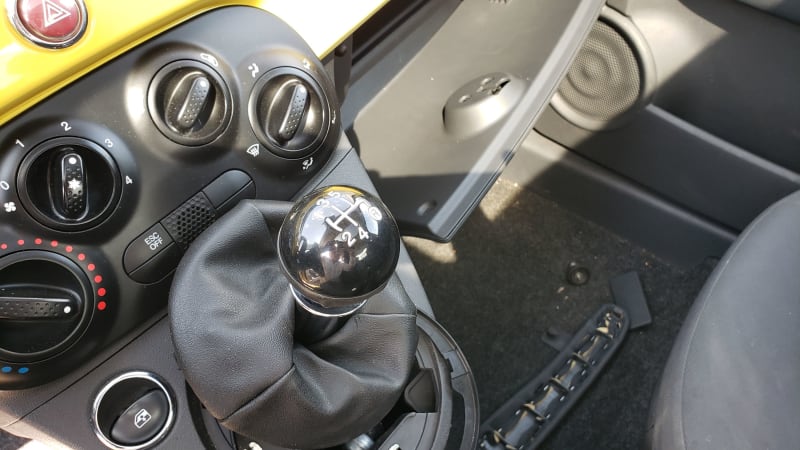 I don't know why anyone wouldn't have preferred this car with the manual transmission, but reality dictates that little economy cars with three pedals can be virtually unsellable once they get some miles on the clock. This 500 has some body damage (that might have happened after it got to the junkyard) but looks pretty clean overall. 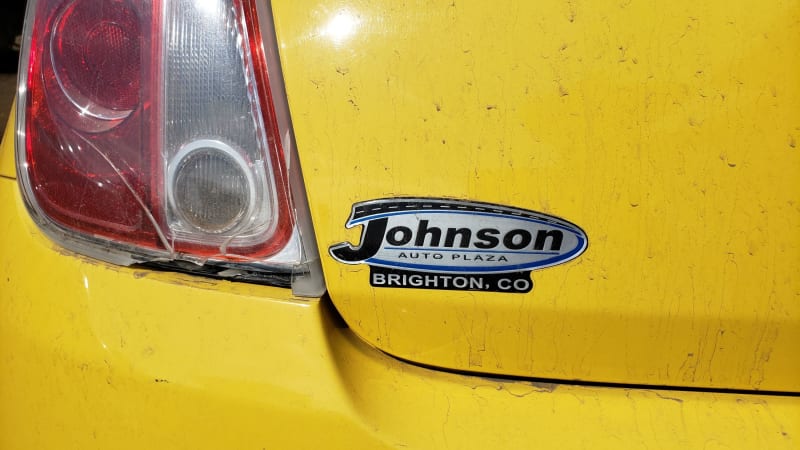 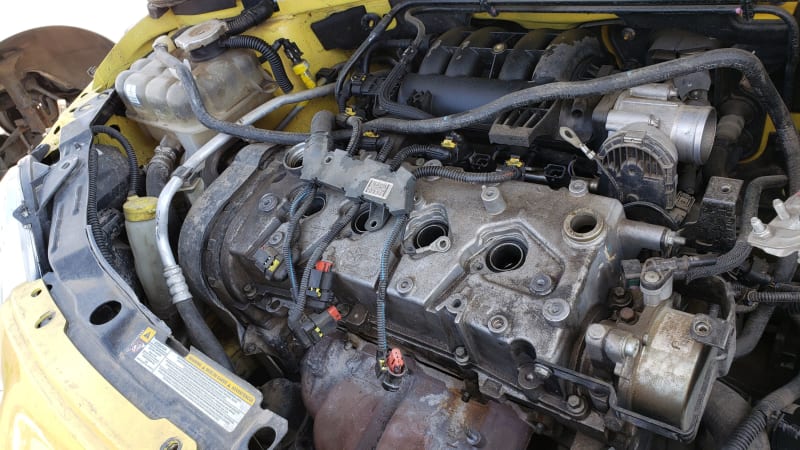 The Multi-Air four-banger in the '12 500 generated 101 horsepower, which wasn't much for a 2,500-pound car (by 21st-century standards). For commuting purposes, though, it was fine, and the 5-speed made it reasonably fun. 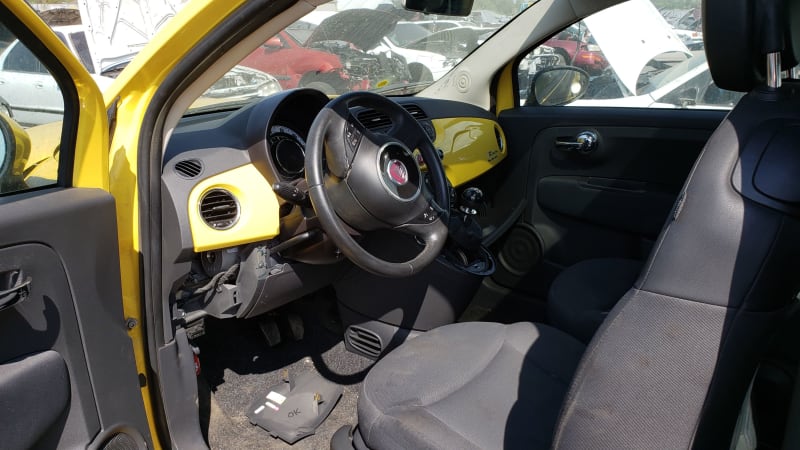 Pop was the cheapest trim level for the 2012 500, so the interior didn't offer much snazz beyond the body-colored dash panels. 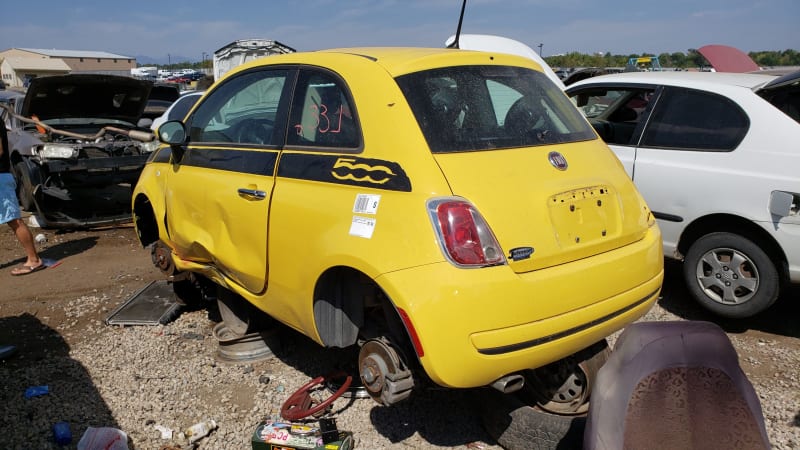 Now that these cars have become so cheap, it's time to consider the most crazy-per-dollar junkyard engine swaps for them. Think a narrow-angle turbocharged V6 would fit in a 500?

The next wave of Italians has come to America … and they've come to party.