It sure is gold. And hey, no B pillars. 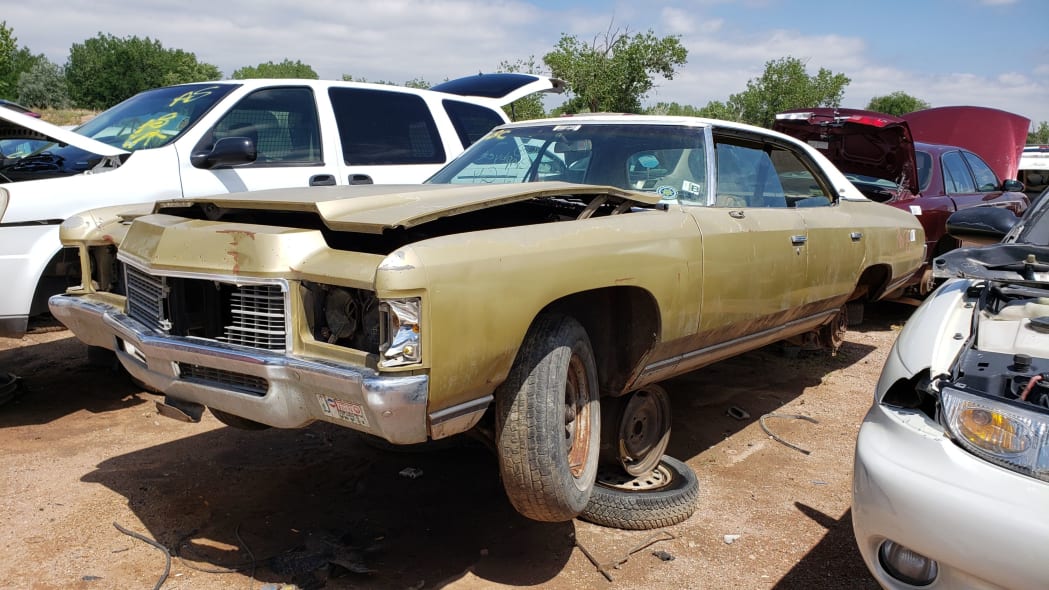 General Motors sold close to a half-million Impalas for model year 1971, and production of this generation of full-sized Chevrolet continued through 1976. Well into the 1990s, these big rear-wheel-drive beasts were common sights on roads everywhere in North America, and a few still get driven in 2019. Today's Junkyard Gem is a sporty four-door hardtop sedan, worn-out and rusty but still classy at age 48, found in a self-service yard located near Pikes Peak in Colorado. 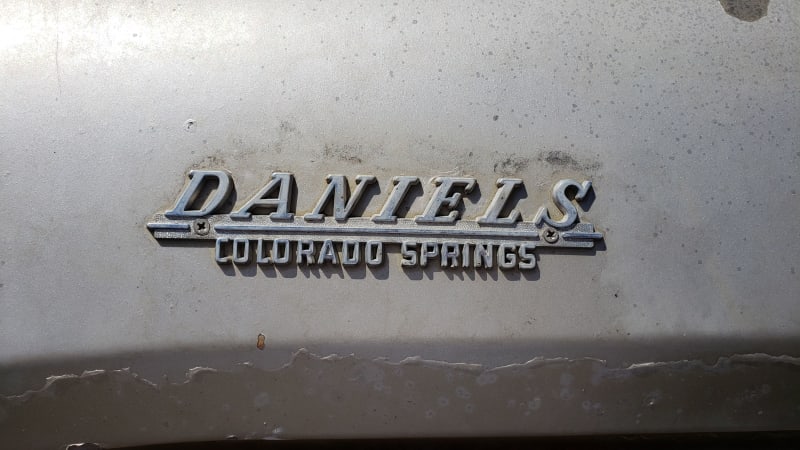 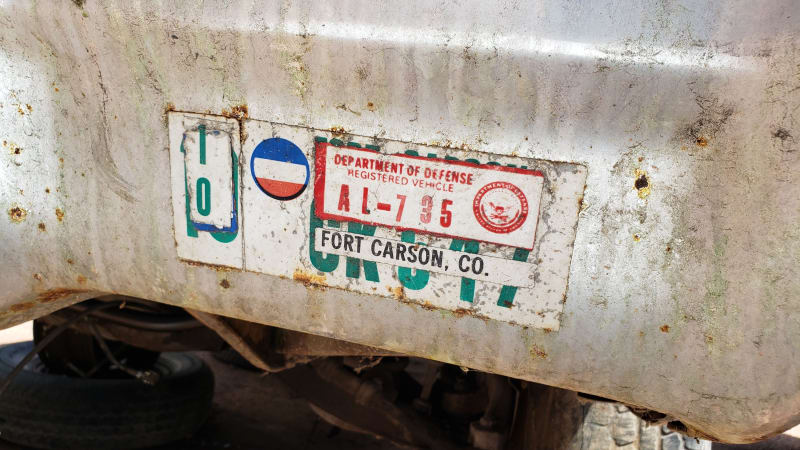 The Fort Carson parking stickers indicate that this Impala was here a decade ago. 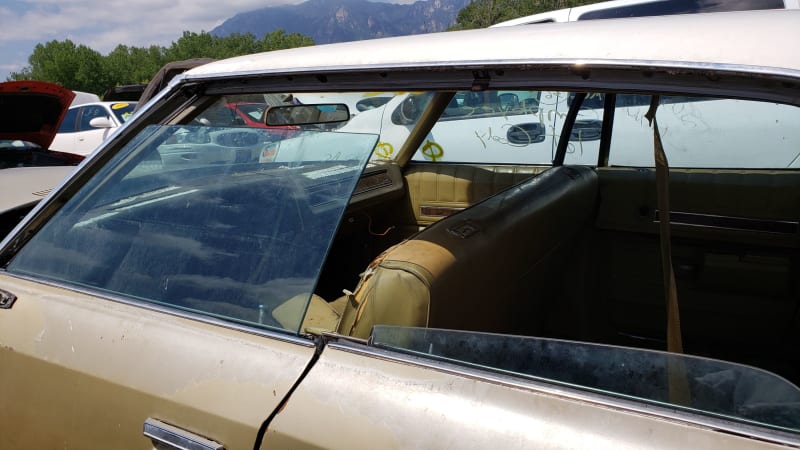 The four-door hardtop design gave a car's occupants a nice, unbroken expanse of outside-world viewing. Sure, they tended to leak in the rain and produce a lot of wind noise at high speed, but so what?

The 1971 Impala driven by Harry Dean Stanton in "Repo Man" was a regular sedan, but today's '71 still reminds me of one of my favorite movie cars. After the end of the film's production, director Alex Cox used it as his personal car for a few years. 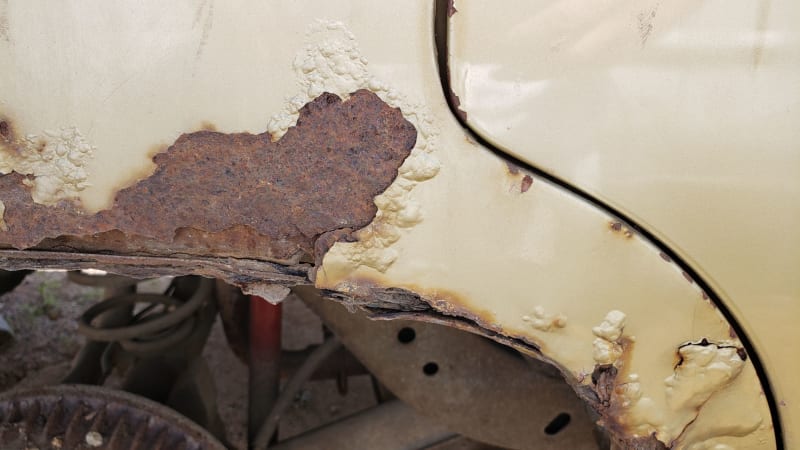 Cars tend to oxidize slowly in dry High Plains Colorado, but the Rust Monster has had close to a half-century to gnaw on this car. With so many nice 1971-1976 Impala hardtops still available at reasonable prices, this one wouldn't have been worth restoring. 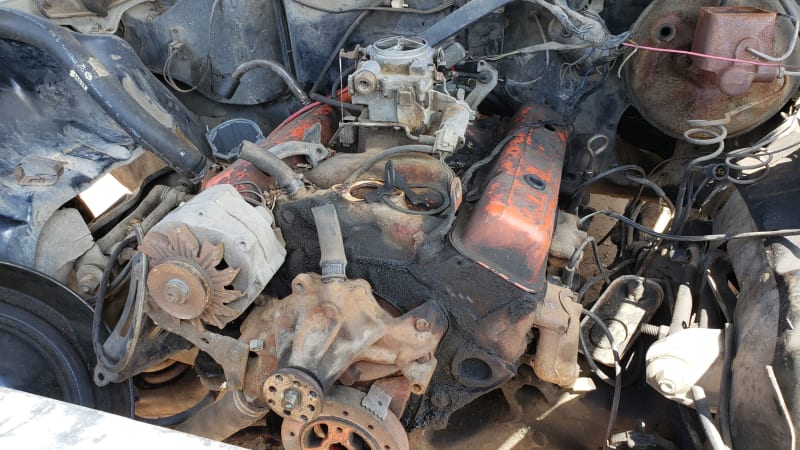 I've found that most 1960s and 1970s Chevrolets have had an engine swap or two by now, but perhaps this small-block V8 is the car's original engine. If so, the emissions decal says it's a 350-cubic-inch (5.7 liter) Turbo-Fire V8 rated at 245 horsepower. Chevy buyers for 1971 had engine choices that started with a 145-horse 250-cubic-inch straight-six, which must have been absolutely miserable trying to haul a nearly-2-ton sedan. I've never seen an Impala of this generation with a six. They went all the way up to the mighty 365-horse 454-cubic-inch (7.4 liter) V8. 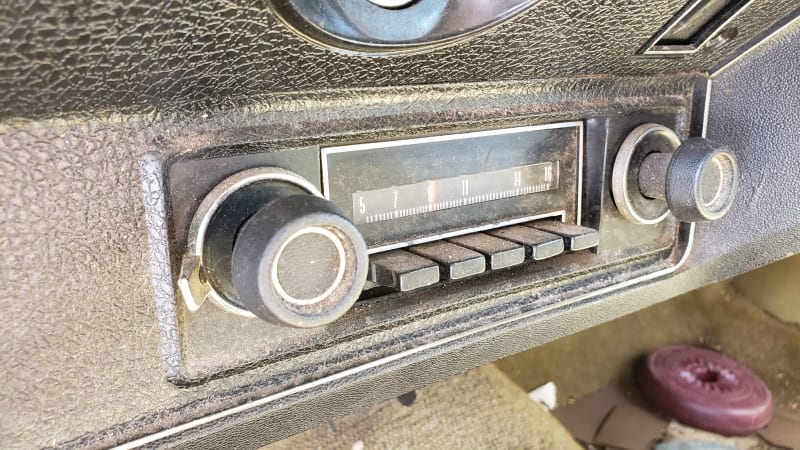 Amazingly, nobody ever upgraded the original AM-only radio.

If you have friends who will smoke up your car, what you need is a '71 Impala.