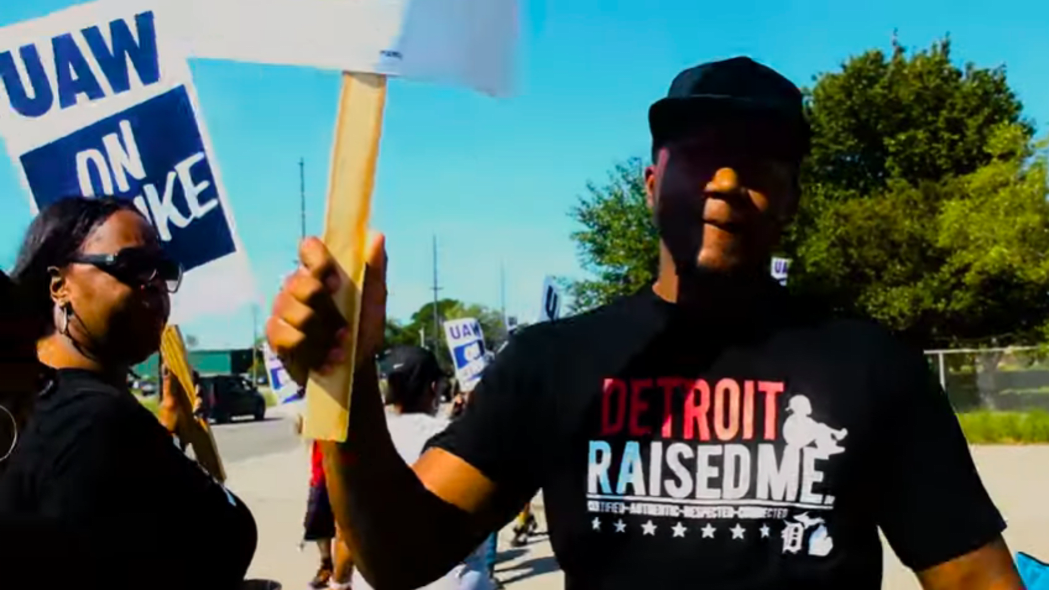 Union autoworkers marching the picket lines as part of the UAW’s ongoing strike against General Motors have a new ally: a Detroit hip-hop personality who’s made a name for himself posting videos of himself rapping — often satirically — about current topics in the news.

Rapper GmacCash’s latest song is titled “On Strike,” a statement of solidarity with the strikers, has more than 14,000 views as of the time of this writing on YouTube since being uploaded Wednesday. The video is set on the picket line, where the rapper joins striking autoworkers by hoisting their picket signs and mugging with them for the camera. The refrain is decidedly NSFW, so consider yourself forewarned.

While reports about the striker's complaints hasn't included the plant air conditioning mentioned in the video, other complaints – like the plight of so-called perma-temp workers – echoes what strikers say about the company's reliance on on long-term temporary employees who don’t qualify for full wages and benefits and don’t have a clear path to being hired on full-time.

It’s not the first time GmacCash has turned a bit of automotive news into a music video. One of his songs "Potholes" takes aim at the scourge of drivers everywhere in Michigan. And earlier this summer he released a video for the track “We On The Lodge Wit It,” which borrowed its title and audio clip of the same from mobile phone video that went viral after a group of drivers blocked traffic on a Detroit freeway and got out of their cars to film several Dodge Hellcats doing donuts on the freeway ahead of them.

Gmac told The Detroit News that he formerly worked for Chrysler but is no longer in the industry or a union member. No word on whether his MC handle has anything to do with General Motors Acceptance Corporation, GM's financing arm now known as Ally Financial.