WASHINGTON — Amazon Chief Executive Officer Jeff Bezos on Thursday committed the online retailer to being carbon neutral by 2040 and said it would order 100,000 electric delivery vehicles as part of that pledge.

Cutting emissions is a challenging goal for Amazon, which delivers 10 billion items a year.

Bezos announced a number of actions at a press conference in Washington ahead of Climate Week in New York next week, a global gathering of world and company leaders seeking ways to fight climate change.

The Trump administration said in June 2017 it was withdrawing from the Paris climate accord.

Bezos also said Amazon was placing an order to buy 100,000 electric delivery vehicles from U.S. vehicle designer and manufacturer Rivian Automotive and to use 100% renewable energy by 2030, up from 40% today. 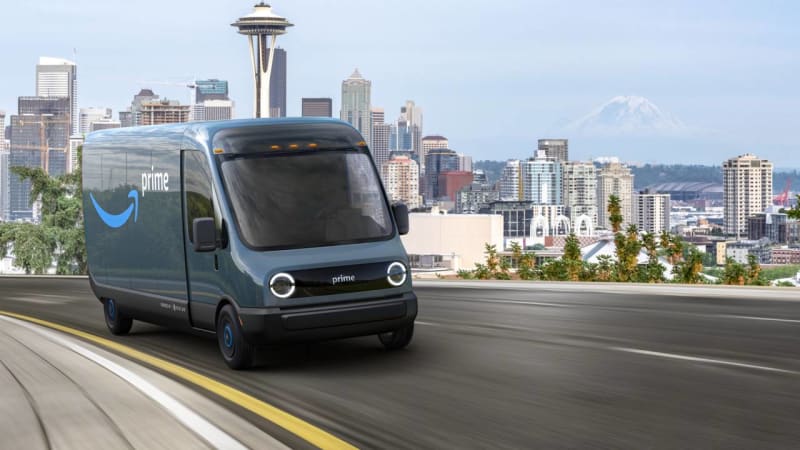 Bezos says the first EV delivery vehicles will be on the road in 2021 with the 100,000 vehicles deployed by 2024. Bezos also said the company will take a "careful look" at political campaign contributions it makes.

He vowed to try to convince other company CEOs to sign "The Climate Pledge." A Rivian spokeswoman said the vehicles for Amazon will be assembled in Illinois and 10,000 will be on the road by late 2022.

Amazon will also invest $100 million to restore forests and wetlands.

Amazon and Ford Motor Co are among the investors in Rivian. Rivian this month also announced a $350 million investment from Cox Automotive, placing the company's overall value around $3.5 billion.