Not coming to America, but it's still neat 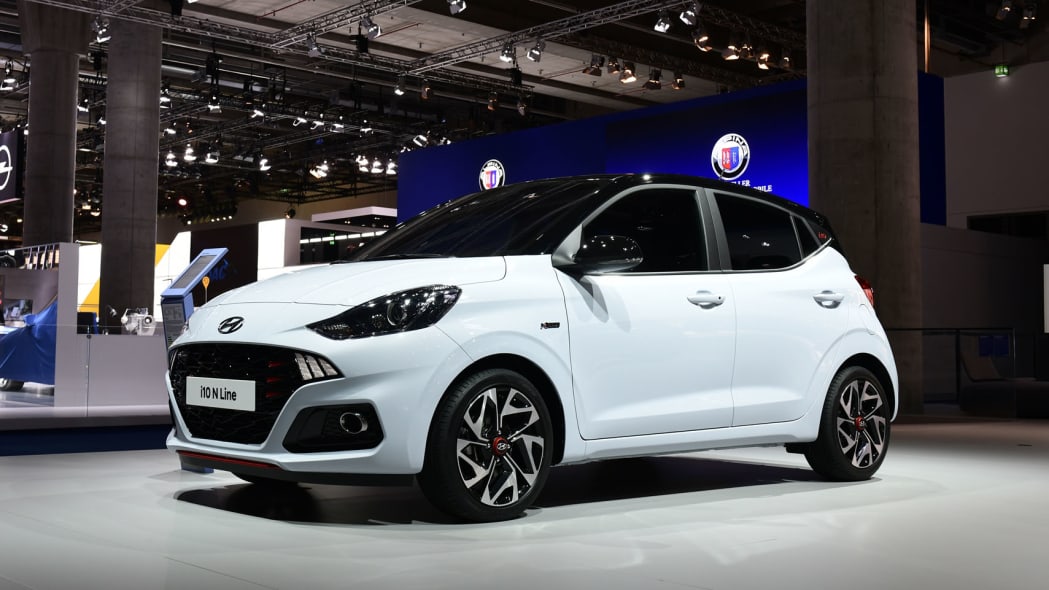 Small, fun cars continue to disappear from the American market, but it's a different story in Europe. Hyundai just recently took the wraps off a new version of its smallest, the i10, and in particular the sportier i10 N Line, at the Frankfurt Motor Show.

This spunky four-door hatchback notches the performance up from the rather drab i10 powertrain options. The first important number with a car like this is weight. Hyundai says the regular i10 with the 1.2-liter four-cylinder only weighs 2,061 pounds. The i10 N Line has a smaller, 1.0-liter turbocharged engine, but Hyundai doesn’t list an official curb weight for it. We’ll expect it to be in the same ballpark.

That smaller turbocharged three-cylinder engine provides 99 horsepower and 127, significantly more thrust than the standard naturally aspirated three-cylinder (66 horsepower) and four-cylinder (83 horsepower) engines will. With so little weight to push around and a good chassis, you have all the characteristics of a classic hot hatch.

Before you ask, yes, the i10 N Line will be offered with a five-speed manual transmission in Europe. Hyundai also adds 16-inch alloy wheels, a new grille, a diffuser and a two-tone roof. Inside you get sporty pedals, higher-bolstered seats and an N-Line specific steering wheel and shift knob.

The regular i10 was also shown at Frankfurt. It’s lower, wider and better-looking than its predecessor. Premium features abound in the small car with an infotainment system that supports both Apple CarPlay and Android Auto. Wireless charging is optional, and then there are all the driver assistance features. Hyundai is offering things like lane-keep assist, forward collision-avoidance and automatic brights to the list of features. In all, it’s a pretty slick and well equipped subcompact that gives you the opportunity to have some fun in the N Line version.