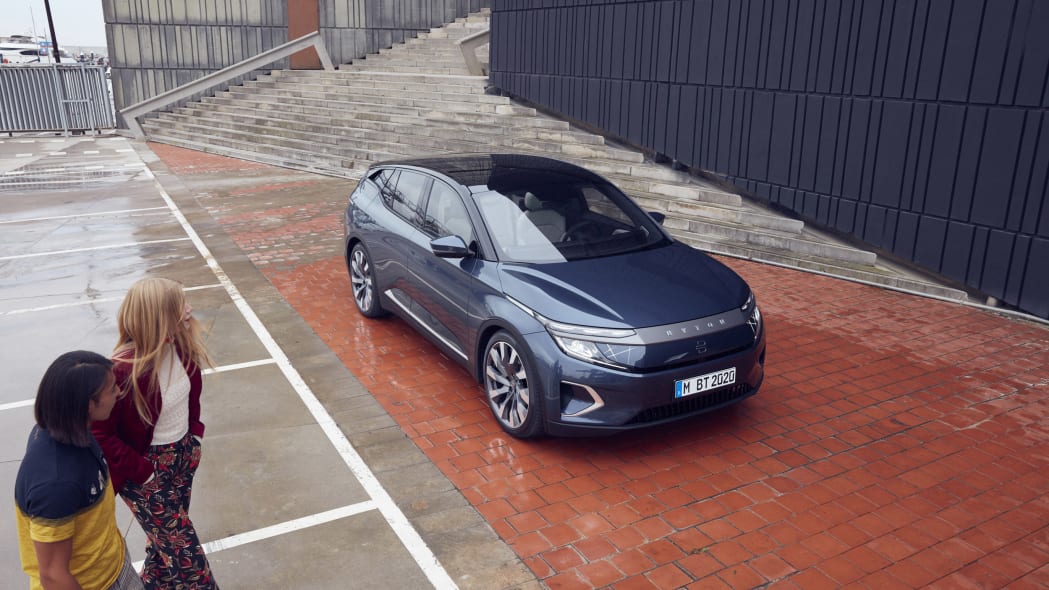 Byton began clean-sheet conceptualization of its premium electric SUV not even two years ago, and this week at the Frankfurt Motor Show it unveiled the final design for its first vehicle, the M-Byte. The M-Byte, which will also feature that insane 48-inch infotainment screen, will be offered in rear-wheel or all-wheel drive configurations with two different power levels. Byton expects to make its first U.S. deliveries in 2021.

Byton is ramping things up as it prepares to launch into full production of the M-Byte at its dedicated factory in Nanjing, China. After securing Series B funding in summer 2018, Byton says it is nearing another $500 million in Series C funding, including investments from the FAW Group, the industrial investment fund of the Jiangsu province, and the Nanjing municipal government.. With the help of its global research and development hub in Silicon Valley in California, Byton plans to begin deliveries to Chinese customers in the middle of 2020.

What they'll get is the SUV you see above, which is now in final production form. It's pretty similar to the concept we've seen before, but it has a few small changes. The front fascia is slightly different with a new headlight design, and some of the body creases appear to be slightly softer on the production version. It also adds side-view stalk mirrors, pop-out door handles, and a different wheel design.

The M-Byte will come in two different levels of car. The entry-level vehicle will have a single rear-mounted electric motor for rear-wheel drive and is rated at approximately 268 horsepower. With a 72 kWh battery pack, it has an estimated WLTP range of 224 miles, but EPA estimates have not yet been released. The upper-tier vehicle is all-wheel drive and is rated at 402 horsepower. With a 95 kWh battery pack, its estimated WLTP range goes up to 270 miles, but again, that's not a good representation of what the EPA range will be.

Following launch in China, which as mentioned has been pushed back to 2020, Byton hopes to begin taking preorders in Europe and the U.S. in 2020. It plans to begin U.S. deliveries starting in 2021 with a starting MSRP around $45,000.