No mention of U.S. market

The next-generation Nissan Juke subcompact crossover has finally been revealed for the European market. And right off the bat, it's clear that it's a much cleaner, more broadly appealing car than its predecessor. The frog-like accent headlights have been moved into the main grille design, although the large round headlights below them remain. The ultra-rounded fenders have also disappeared in favor of more gently and gracefully widened fenders.

The new Juke is still distinctive and concept-like, though. The accent lights are razor thin and swept way back. The illuminated section of the round headlights is actually a Y-shape that looks suitably tech-y and futuristic, and the Juke's funky profile that falls between conventional sedan and hatchback remains. It also picked up the contrasting roof that's en vogue right now.

The interior is far more conventional. The odd center console designed like a motorcycle fuel tank is pretty much gone. The dashboard takes its design from the upcoming Nissan Sentra/Sylphy with three round air vents in the middle, a stitched and upholstered dash pad and an infotainment screen sitting above the vents. 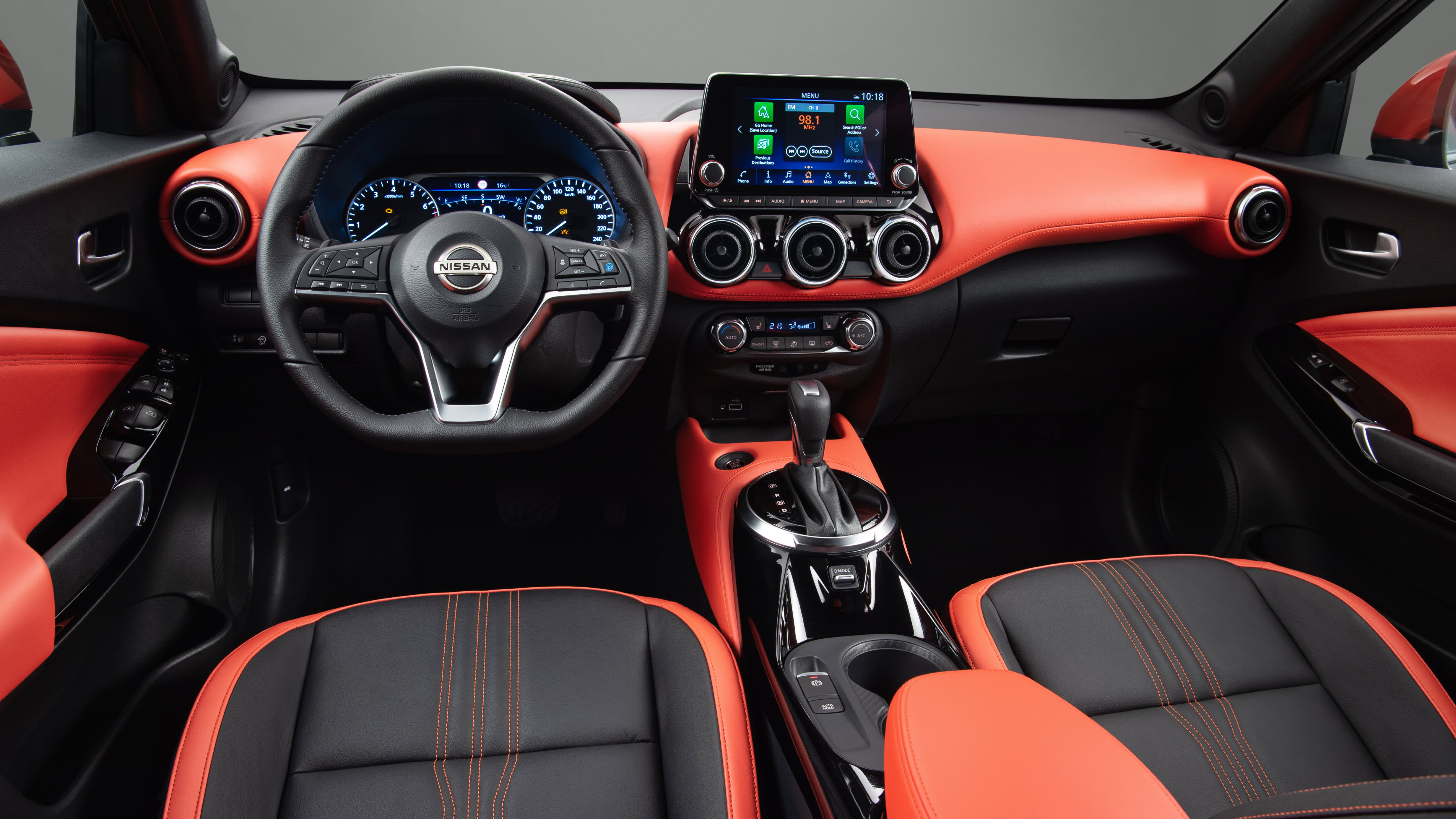 Only one engine has been announced for the Juke, a turbocharged 1.0-liter three-cylinder engine. It only makes 115 horsepower and 133 pound-feet of torque on a regular basis. Floor it, and it will provide extra boost that will bring torque up to 148 pound-feet for up to 25 seconds. It's also coupled to either a six-speed manual or a seven-speed dual-clutch automatic.

Nissan has also made no mention of the Juke returning to the U.S. Certainly with the European powertrain options, there wouldn't be much reason to offer it here when the Kicks is the same size with about the same power, and it would almost certainly be more affordable than the Juke. And of course the Kicks has a design that's easier for most people to handle, as opposed to the polarizing Juke.