4-on-the-floor manual, 67 hp, no A/C, and the original owner's manual still inside Living in Colorado, where they might as well issue you a Subaru at the state line, I see plenty of worn-out Pleiades-badged cars in the local wrecking yards. Most of them fall into the 15-to-25-year-old age group, but I'll spot the occasional Malaise Era Subaru, from the era when the Leone was sold in North America as, simply, "the Subaru." Here's a 1980 base-level hatchback with the four-wheel-drive option, spotted in a yard just outside of Denver last month. 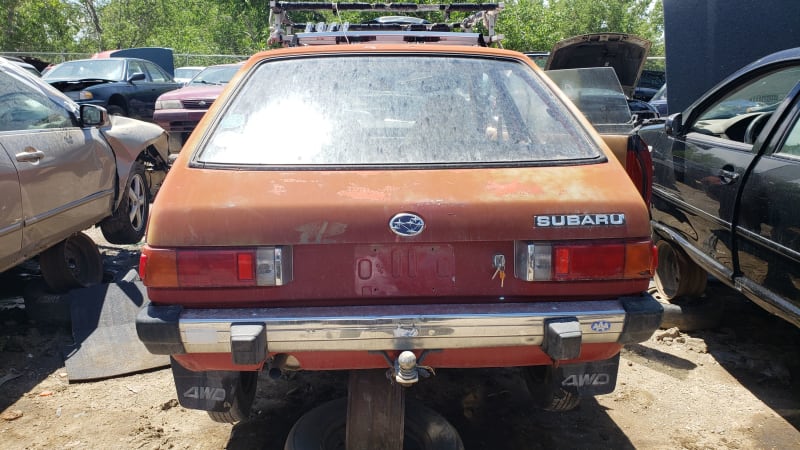 In 1980, the US-market Subaru could be had in three trim levels (STD, DL, and GL), and as a coupe, sedan, hatchback, or wagon (the pickup version was known as the BRAT). This STD hatch is the cheapest possible Subaru available in 1980 with four-wheel-drive, and I'm just disappointed that they didn't put STD badges on the base-level cars. 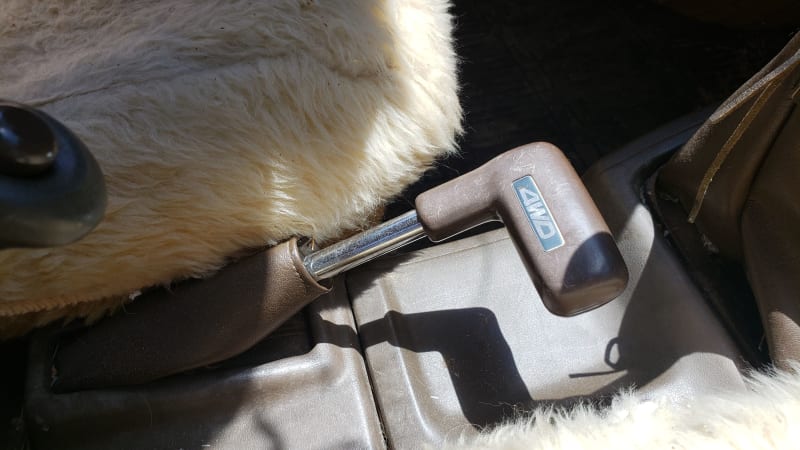 The driver had to choose between front- and four-wheel-drive by hand, using this lever. If you left the car in 4WD for long periods on dry pavement, you'd wear out the tires and/or break something. By 1997, all US-market Subarus had full-time all-wheel-drive, with no driver decisions about driven wheels needed. 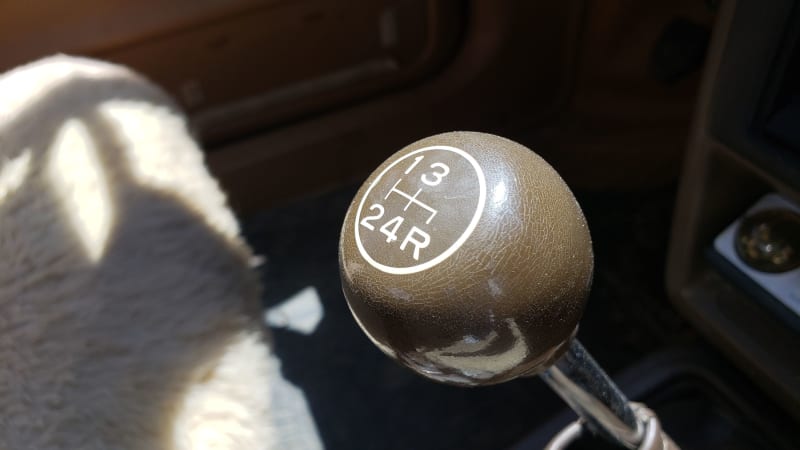 Subaru offered an automatic transmission and a five-speed-manual for these cars, but just about all buyers of late-1970s/early-1980s Subarus went with the cheaper four-on-the-floor manual. 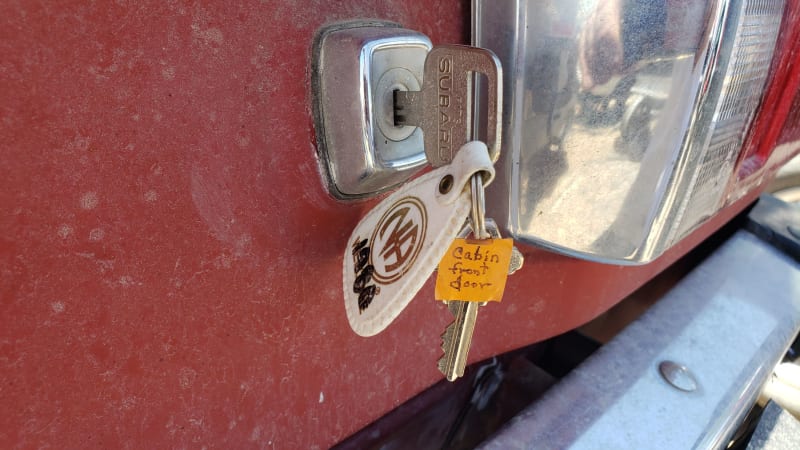 When you see a junkyard car with the keys still present, you can assume that the car ended up here after being totaled by an insurance company or traded in on a new car. A battered 39-year-old Subaru won't get much interest at the sort of auction these cars go to, and so the junkyard ends up being the next stop. 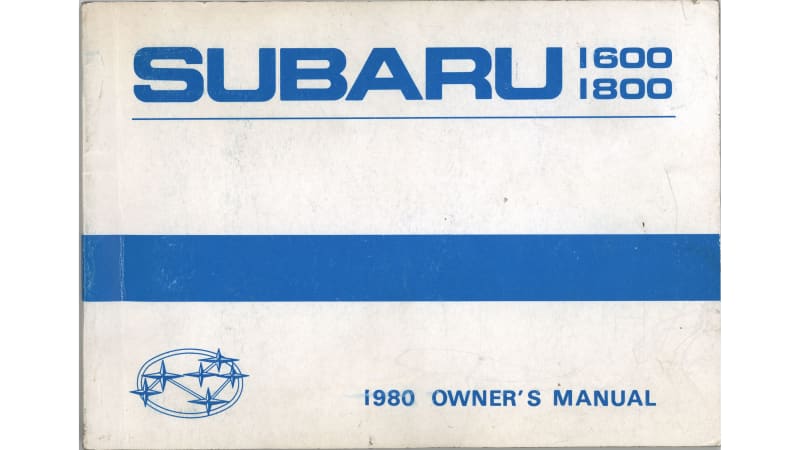 The owner's manual was still in the glovebox, and of course I took at home and scanned a few pages (look in the gallery, above, for those scans). The folks at Subaru PR were interested in this book for their archives (they don't have one), so I'll make sure it gets to them soon. 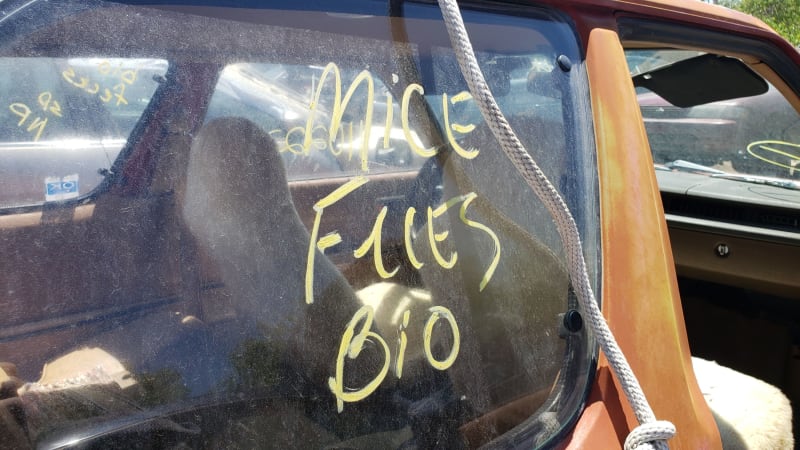 Rodent bedding and poop fill the engine compartment, and the employees of this yard marked the car as a hantavirus biohazard. I'd wear a mask if I needed to pull the engine from this car, because hantavirus is a real problem in Colorado and has a scary 35% mortality rate. 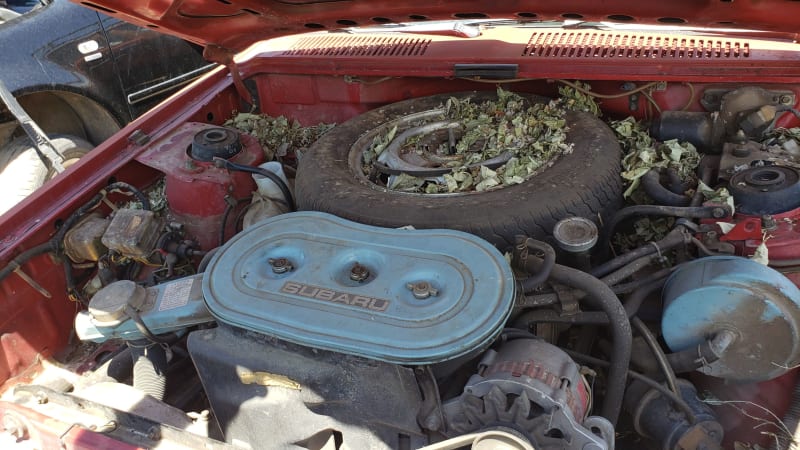 Speaking of the engine, you're looking at 67 mighty horsepower here. With the car scaling in at about 2,200 pounds empty, drivers needed patience on uphill freeway onramps (actually, they needed patience when driving anywhere). 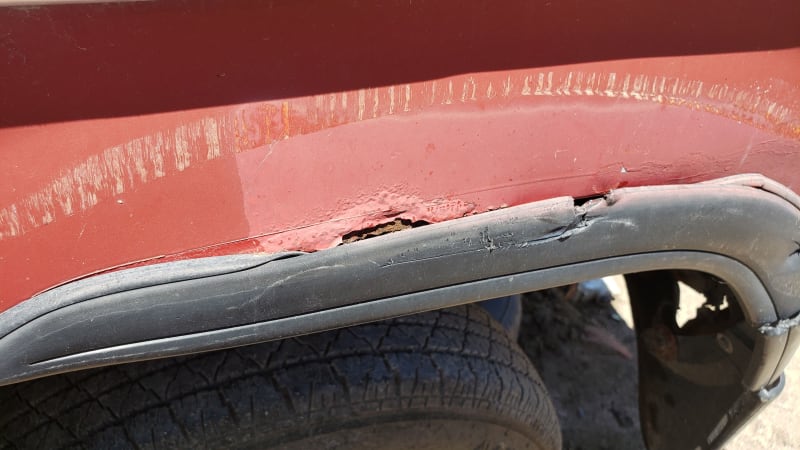 By the standards of Japanese cars of this era, the rust problem doesn't look too bad. Unfortunately for this car, the rare Subaru aficionado wishing to rescue and restore an early Leone can afford to hold out for a non-corroded example, because prices remain low.