Thin camouflage gives us our best look yet 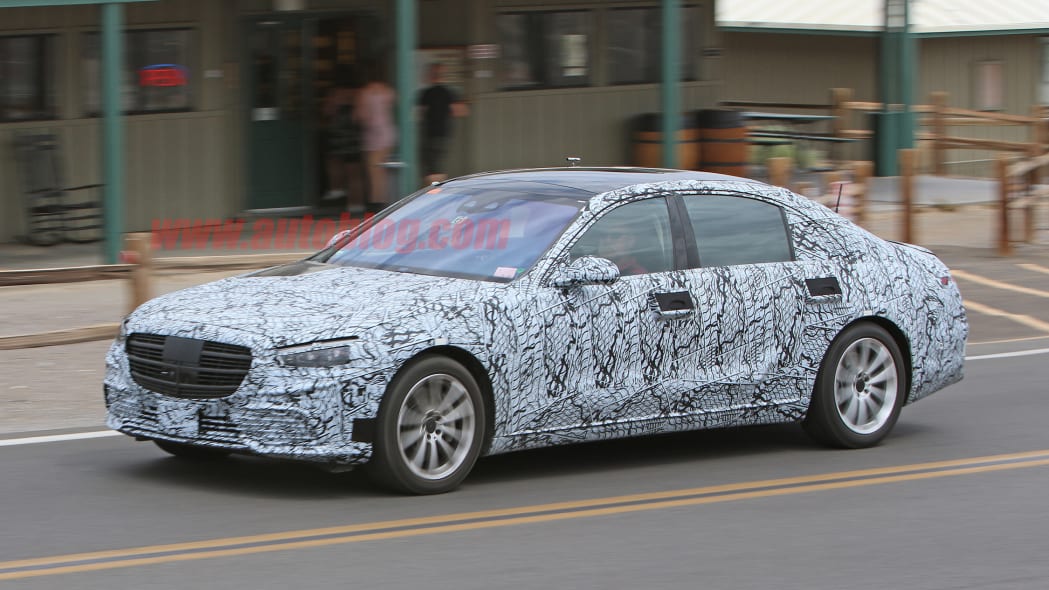 The next-generation Mercedes-Benz S-Class has been spied again with thin camouflage, and this time we get a good look at the production front fascia. The headlights are easy to see, the grille is fully exposed, and even the detailing on the lower grille is clear.

One of the major changes to the nose is that the headlights are much more slender than on the outgoing model, coming to more of a point where they meet the grille. The grille is still fairly traditional full of slats and with a roughly trapezoidal shape. It does look larger than the current car's grille, and the chrome bezel looks thicker. This is in keeping with many flagship luxury cars going to more prominent grilles. The bumper features the dog-bone shaped lower grille favored by recent Mercedes cars, though it has more slats than the current car.

There aren't as many revelations around the sides and rear of the car. There are some odd boxes around the door handles that are there to hide the pop-out door handles we've seen previously. The tail of the car looks to be inspired by the CLS- and CLA-Class cars with a thin tapered trunk and bumper and thin, wide taillights.

It seems the S-Class is pretty close to being finished, so we should see it revealed soon. Though the exterior is fairly traditional and evolutionary, the interior will be a major departure that emphasizes high technology. The centerpiece is a giant screen for infotainment and climate controls without any buttons in sight. The car will also be capable of Level 3 semi-autonomous driving. Under the hood will probably be a version of the company's turbocharged straight-six and an available twin-turbo 4.0-liter V8.