One of the earliest attempts at cylinder deactivation. It didn't go so well. 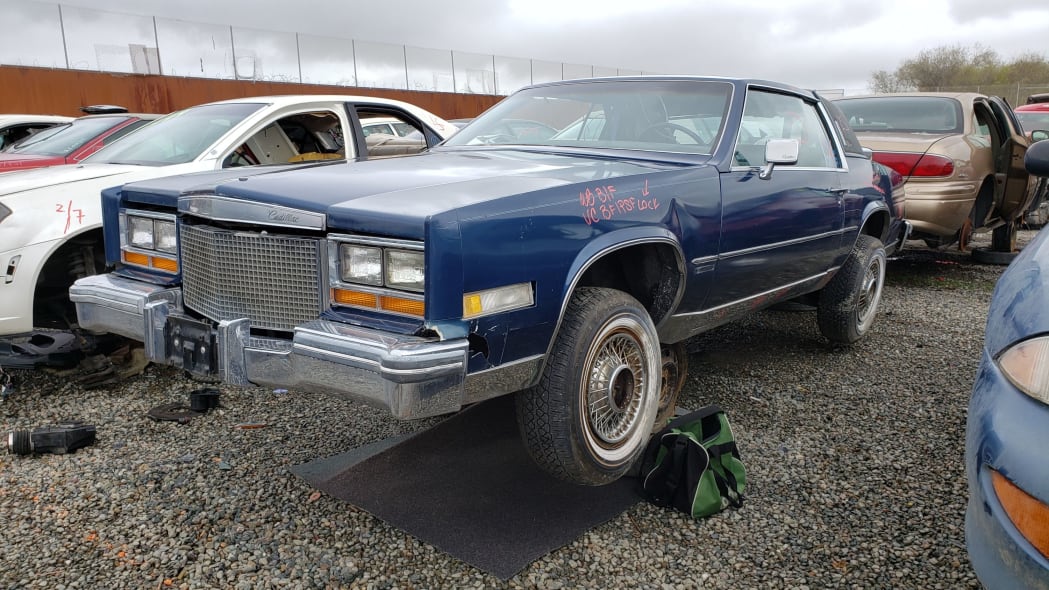 Skyrocketing fuel prices caused by geopolitical events in 1973 and 1979 led to gas lines, federal fuel economy requirements, and an increasing reluctance on the part of American car shoppers to buy big, thirsty Detroit luxury machines. General Motors had pulled off some amazing technological feats in the past — the small-block Chevrolet V8 engine and Hydramatic transmission being two extraordinarily successful ones — and so Cadillac's bosses figured that a combination of computer wizardry and clever mechanical engineering would give the 368-cubic-inch Cadillac V8 a cylinder-deactivation system and resulting superior fuel economy. Here's a very rare example of one of those 1981 Cadillacs, found in a California self-service wrecking yard. 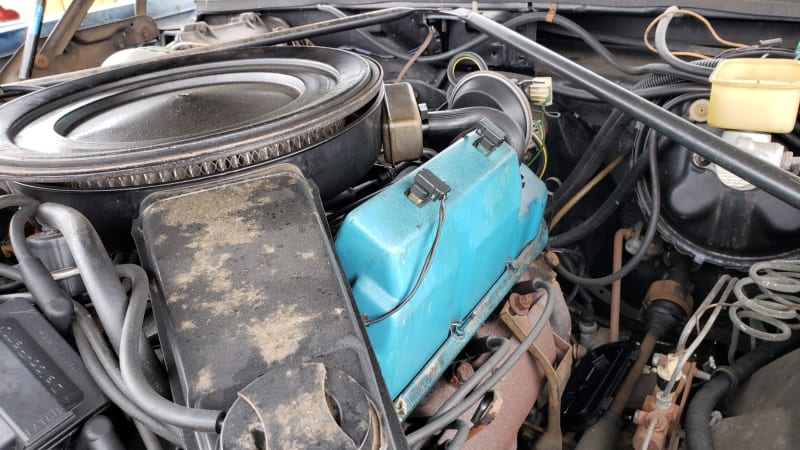 The idea behind the V8-6-4 was that computer-controlled solenoids would physically disengage the rocker arms for one or two cylinders on each engine bank under low-load conditions, converting the engine from a 368-cube V8 to a 276ci V6 or 184ci V4 (that's 6.0, 4.5 or 3.0 liters, respectively, for the metric-system aficionados among us). This sort of variable-displacement magic is commonplace today, but it was science-fiction stuff in 1981. 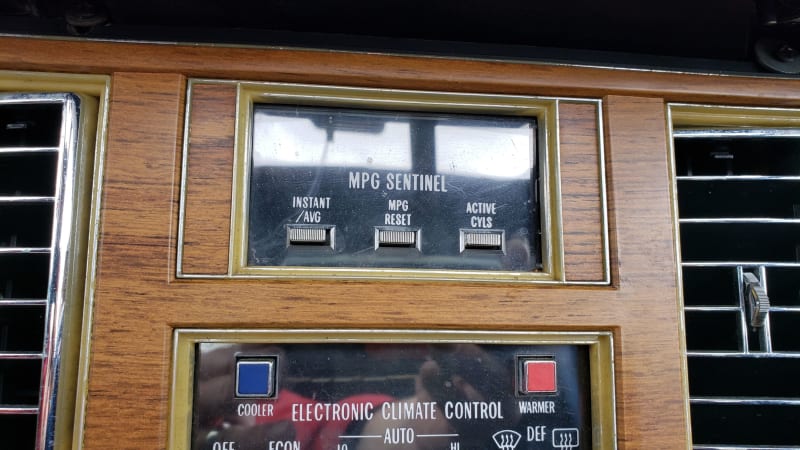 An "MPG Sentinel" display on the dash would let the driver know how many cylinders were active at the moment, and the car would get Chevy Citation fuel economy with Cadillac luxury. The V8-6-4 was the standard engine in all 1981 Cadillacs (except for the Seville, which had the troubled Oldsmobile diesel engine as the base powerplant and the V8-6-4 as an option). 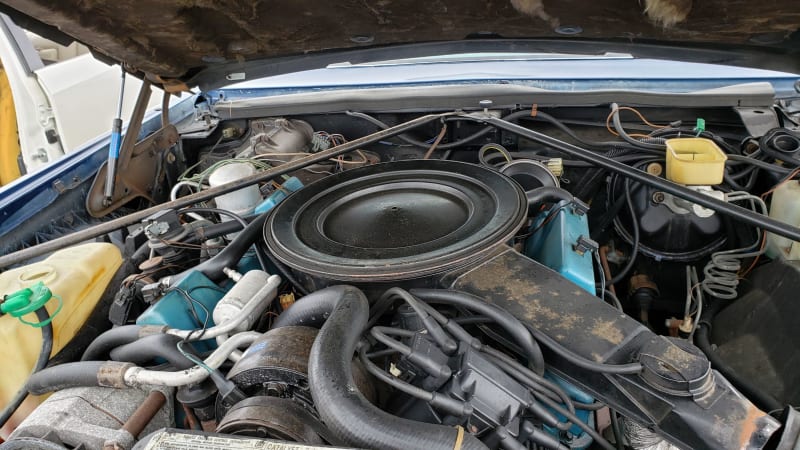 Unfortunately, the V8-6-4 worked about as well as the Oldsmobile diesel: very poorly. Within a few years, most owners of these engines had disconnected the rocker-deactivation solenoids and just drove their cars as regular full-time V8s. 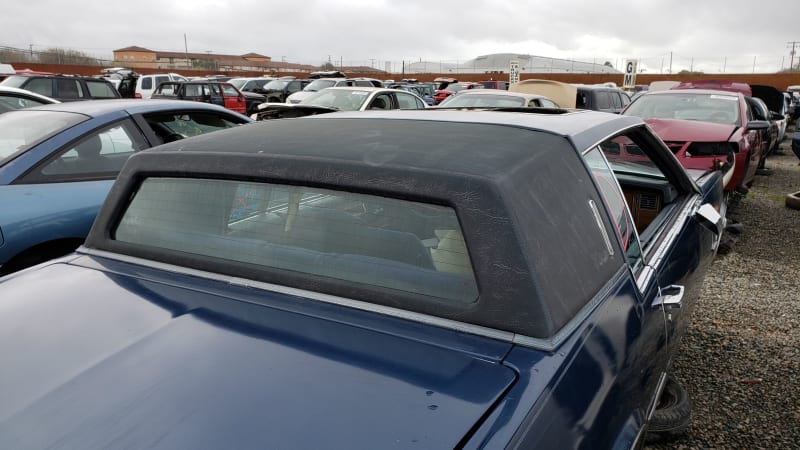 This one has the snazzy "Cabriolet Roof Treatment" option, which boasted "textured elk grain" vinyl and could be had in one of 17 available colors. 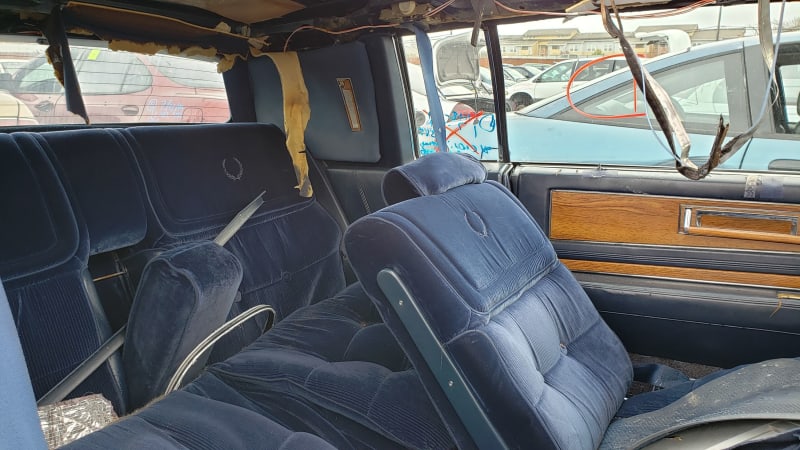 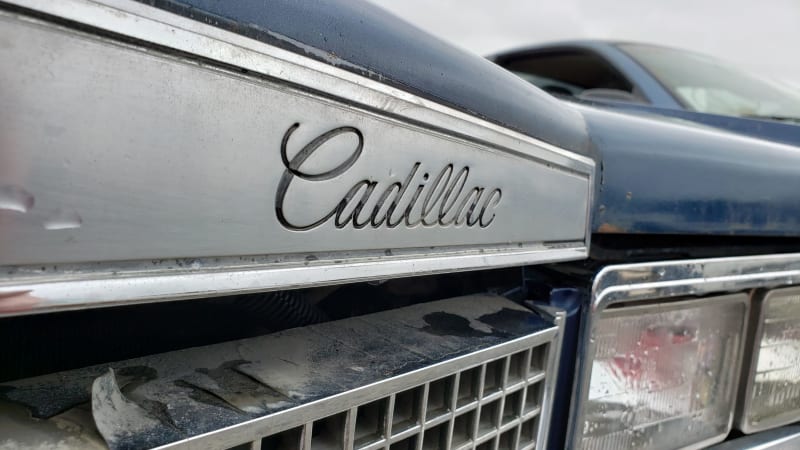 The 1981 Cadillacs were just a little too much ahead of their time, it turned out. 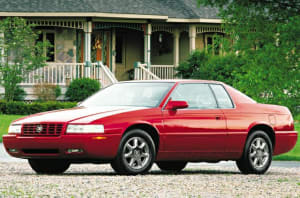