ATLANTA, Georgia — Recently, Porsche invited Autoblog to witness its semi-annual “moving day”, where the cars in its museum are swapped out for a new display. That was fun and all, but Porsche knows we love nothing more than to slide cars around — so they invited us to try out their facility in a 911 Turbo S and a 911 GT3.

The Experience Center itself is a beautiful place located at the end of one of Atlanta’s airport runways, but what you really want to know is that drifting a 911 GT3 on Pilot Sport Cup 2s  – some of the grippiest tires in the business – is a bitch.

Unlike the tamer Pilot Sport 4S, they don’t break away gradually. That was especially evident on the low-grip handling course, which is barely wider than a 911 is long. Meaning: if  when you spin the GT3, you’re going to hit something.

I didn’t actually damage the GT3, but I came close. Of course, I wasn’t strictly forced to drift the thing, but my instructor was as much a troublemaker as I am. All driving events are more fun with a passenger goading you on. Especially when he’s in charge.

Porsche allowed me to choose between that low-grip handling circuit, its one-mile dry track, wet skidpad, or kickpad. The kickpad is a device that throws the car into a spin, randomly to the left or right, onto a low-grip surface for you to gather it up. 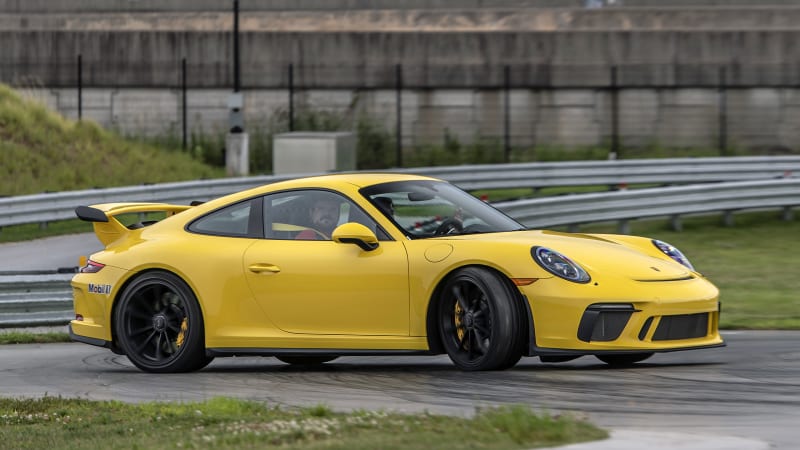 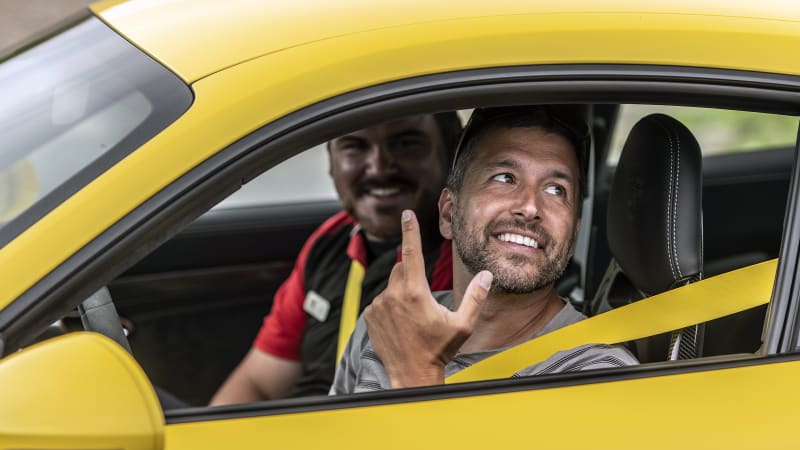 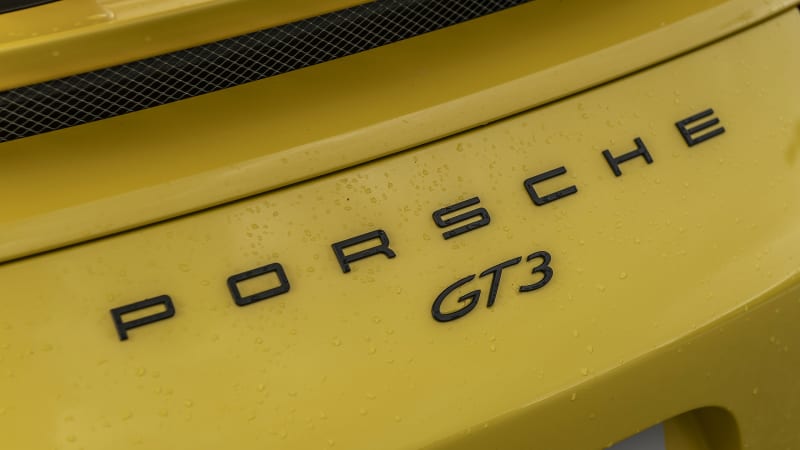 I spent a little time in each of the four sections, but where I’d spend the majority of the time was, of course, on the wet skidpad. Dry race tracks are a dime a dozen, but wet skidpads are the unicorns of the test-track world.

Here, the GT3 was easy to get sideways, but hard to keep from spinning. The wet pavement is so slippery that extended drifts happened at under 10 mph. Barely moving along, the GT3 would slither sideways … but if you didn’t start reducing the drift angle before you hit full opposite lock, the mass of the big engine behind would pull itself around. It’s a great exercise in finger-tip control, but it did more to highlight the genius of the all-wheel drive system when I swapped into the 911 Turbo S.

It took me getting out and handing the key over to my instructor to understand what he was talking about when he kept yelling “more angle.” I was already at what felt like the 911 Turbo S’s max drift angle, but that angle, it turns out, isn’t full opposite lock. It’s 90 degrees to the car’s path.

It defies the laws of physics.

You can drift some street cars at 90 degrees — for a few tenths of a second. Then, you either gather it up or the car will spin. Not the 911 Turbo S, not on this skidpad. The Turbo will consume lap after lap of the skidpad, perpendicular to the vehicle’s path as if the front bumper was tied to a pole in the center of the circle. Think of it as a game of automotive tetherball. 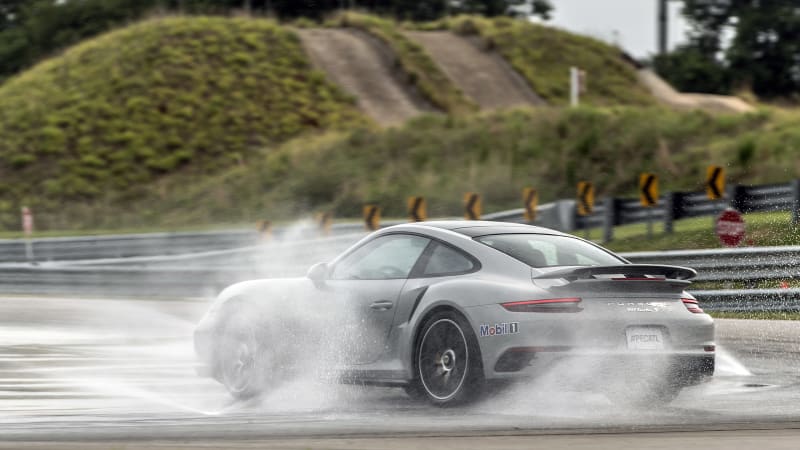 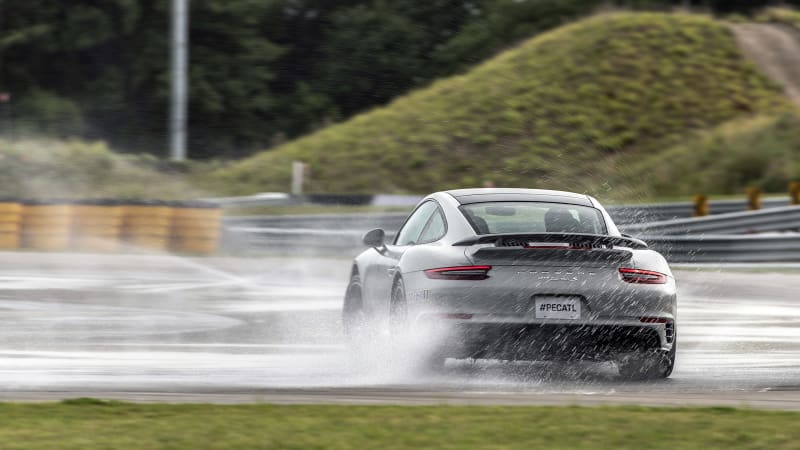 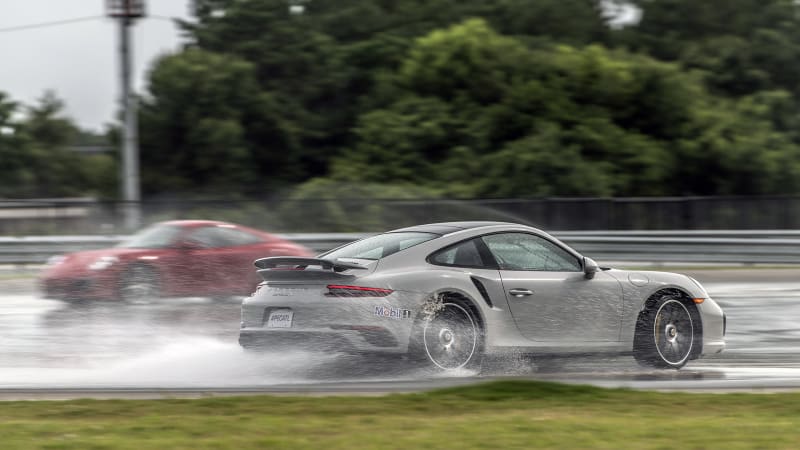 Was it perfectly 90 degrees? Probably not, but it’s as close as it gets, and from the driver’s seat it was as near as makes no difference.

Here’s how it works: travel around the circle in first gear at about 12 mph. Turn in abruptly and lift off the throttle. The weight transfer and rear-wheel drag will initiate a slide. As soon as the rotation starts, mat the throttle briefly while upshifting to second gear briefly to kick the rear out. Countersteer only when you get to the impossible 90-degree mark and use a ton of throttle to slow the rotation. Under steady throttle, the all-wheel drive system will send as much power to the front as it can, helping you hold the drift. 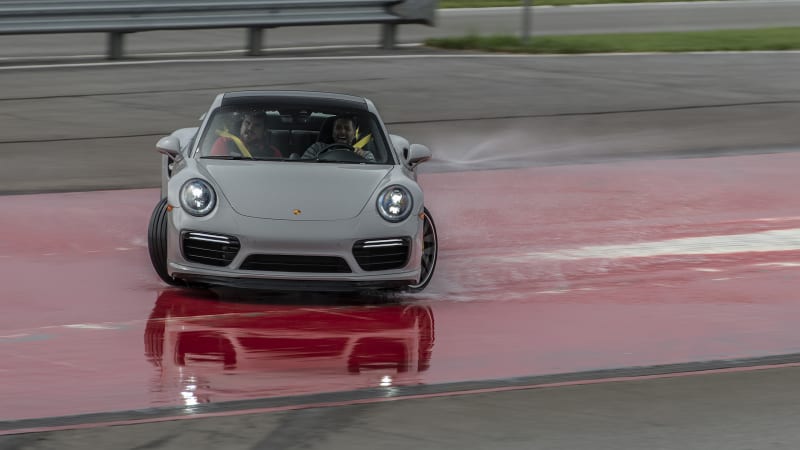 It’ll take three-quarters (or more) throttle to stabilize the Turbo into the four-wheel drift, and once you do, you can relax the throttle back to, say, halfway. Dial the steering way back and then it’s a simple matter of using the gas pedal to adjust the line — a quick blip will send power rearward to increase yaw; steady power will send more forward to rein it back in.

Speaking of reining it back in, I had to be coaxed off the skidpad after like 45 minutes. If ever you wanted to hone your sideways craft in a car that defies the laws of physics, I suggest booking some time at the PEC Atlanta. Don’t forget the Dramamine.

And a photographer — preferably with a zoom lens and a polarizer, so the camera captures your smile clearly through the windshield.