When you have a limited budget and you know you're a Saturn's final owner, this can happen. 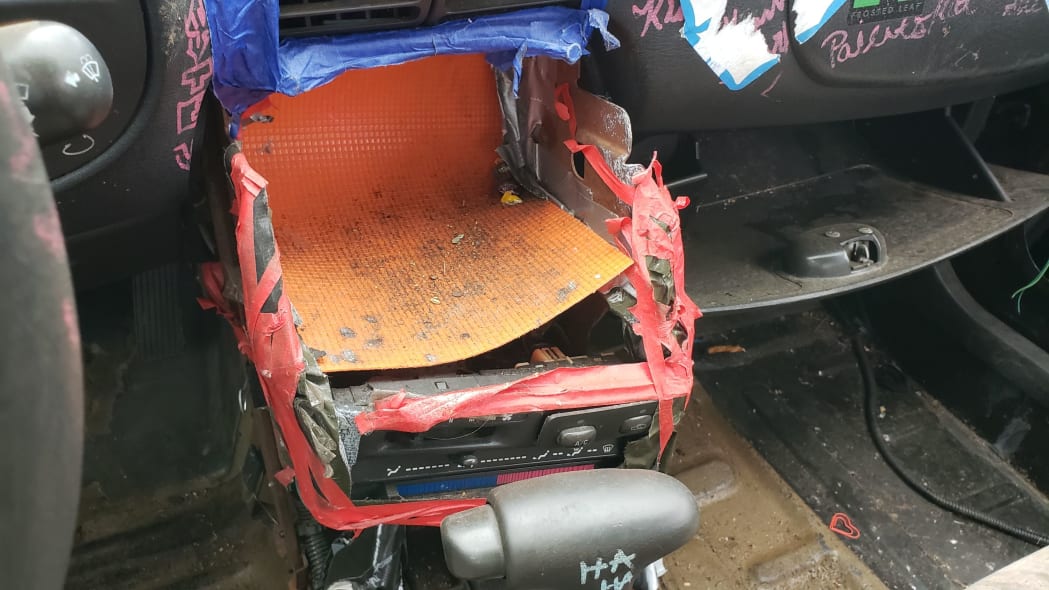 The first-generation Saturn S cars sold very well, with the two-door SC being the sportiest of the bunch. Depreciation happens, though, and it tends to hit Detroit-made two-door econo-commuters particularly hard; once a Saturn SC1 reaches 20 years old, its value approaches scrap levels. Here's a 1996 Saturn SC1 whose final owner realized that glue-and-marker-pen modifications weren't going to make the car worth any less, and that sense of artistic freedom led to some interesting personalization touches. As happens with fully depreciated Saturns, this car ended up in the crusher's waiting room. 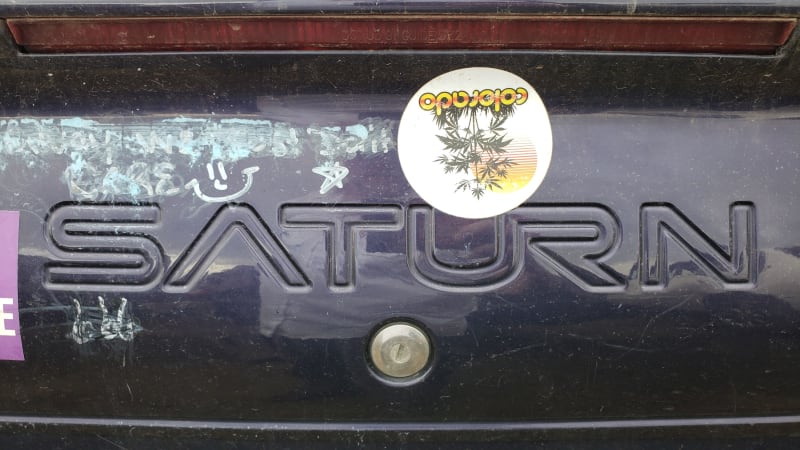 Because this is Denver, I found many cannabis- and beer-themed stickers on the vehicle; I'd say that at least a quarter of junkyard cars here have at least one such decal. Some have many, many more than one. 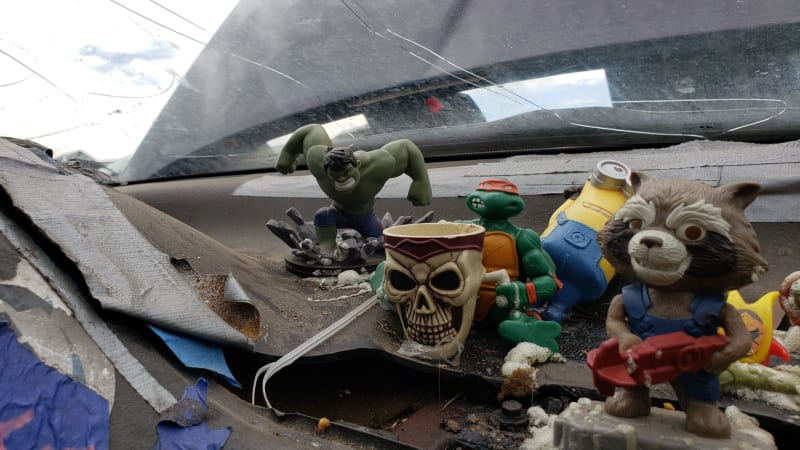 Plenty of pop-culture figurines have been glued to the much-faded-and-cracked dash. 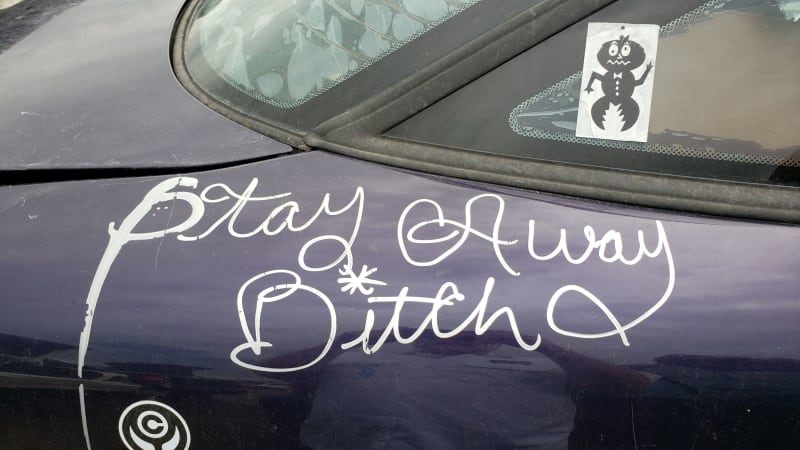 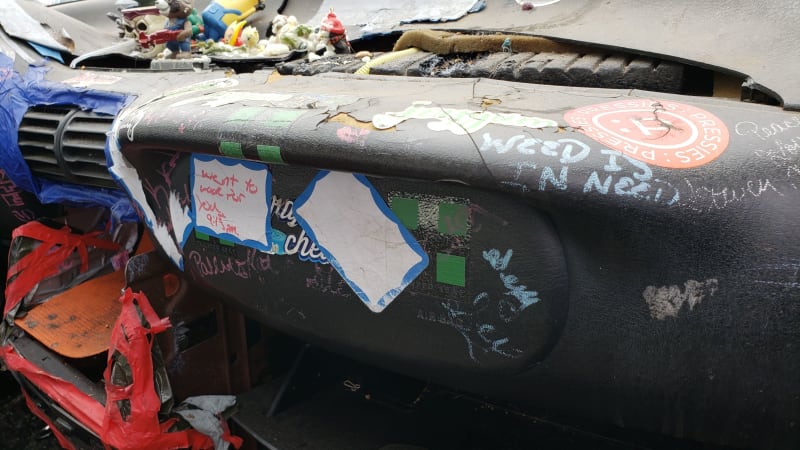 The interior got the same paint-pen treatment, plus more stickers. 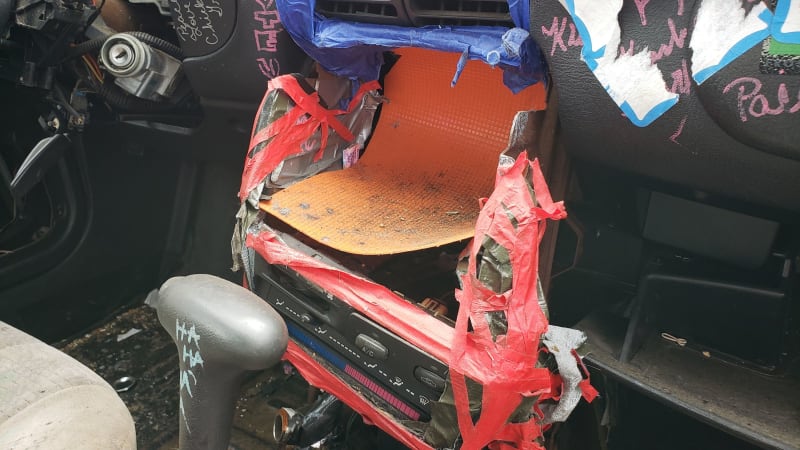 My favorite upgrade is the replacement of the radio, ashtray and storage pocket with this custom all-purpose table made from what appears to be a dish-drying pad and several types of tape. Structurally, it has some minor issues, but it has room for a several-course fast-food meal and the HVAC controls remain hooked up. 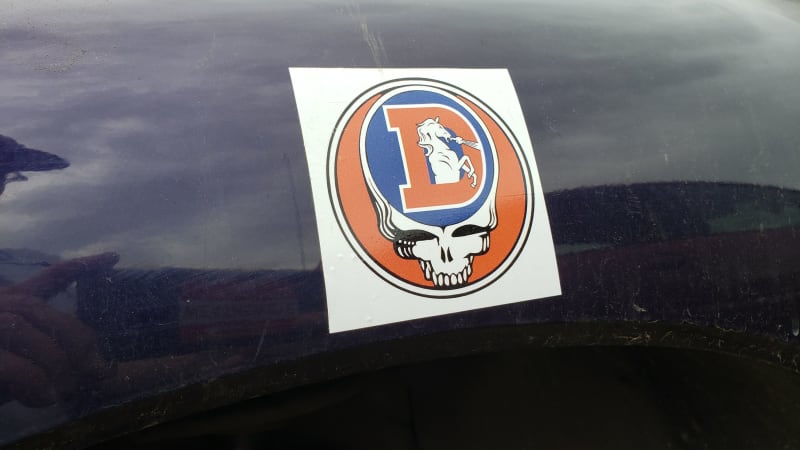 Where else would you see a Steal Your Face Broncos sticker? 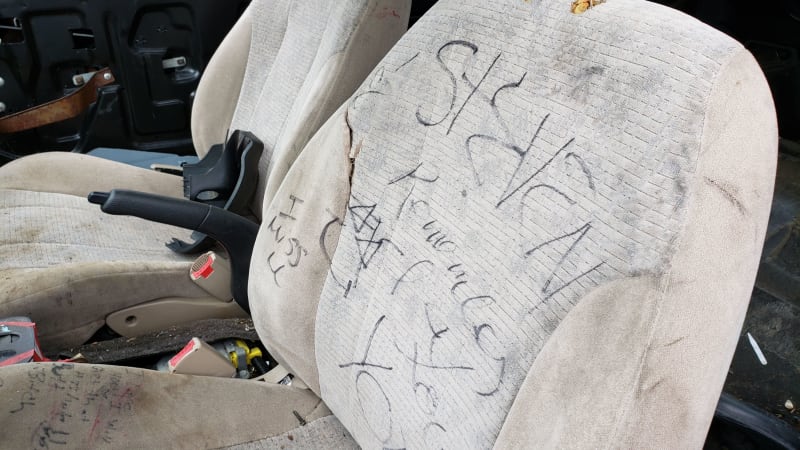 Once you start drawing on your car's upholstery with a black Sharpie, the junkyard beckons. 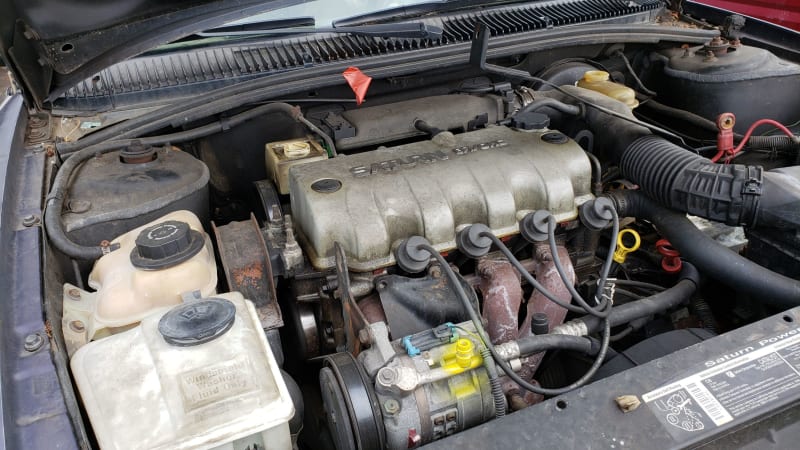 With 100 horsepower and an automatic transmission, the SC1 did not reach Ludicrous Speed.

It's hard to imagine today's Junkyard Gem as a gleaming new SC1, so let's watch a television commercial to see what it once looked like.