I live in Denver, which means my local junkyards are well-stocked with used-up Subarus. These days, that means mostly Outbacks from the 1995-2005 period, but sufficient 1970s and 1980s Subarus remain in service that they show up from time to time. Here, in a Denver self-service yard, is a second-generation Leone wagon, from the era when this car was called just "the Subaru" in the American market. 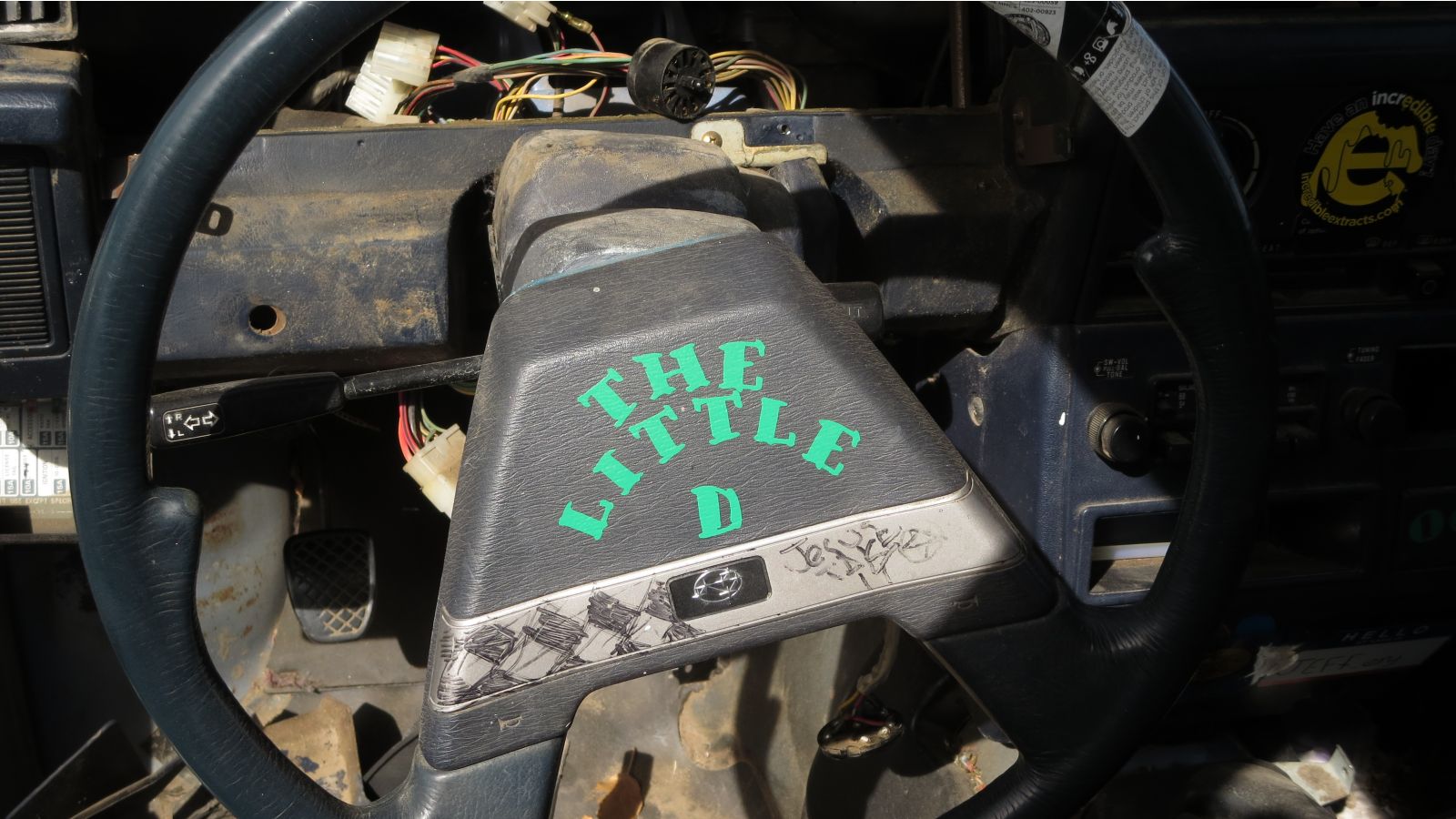 It appears that this car's final owner named it The Little D. 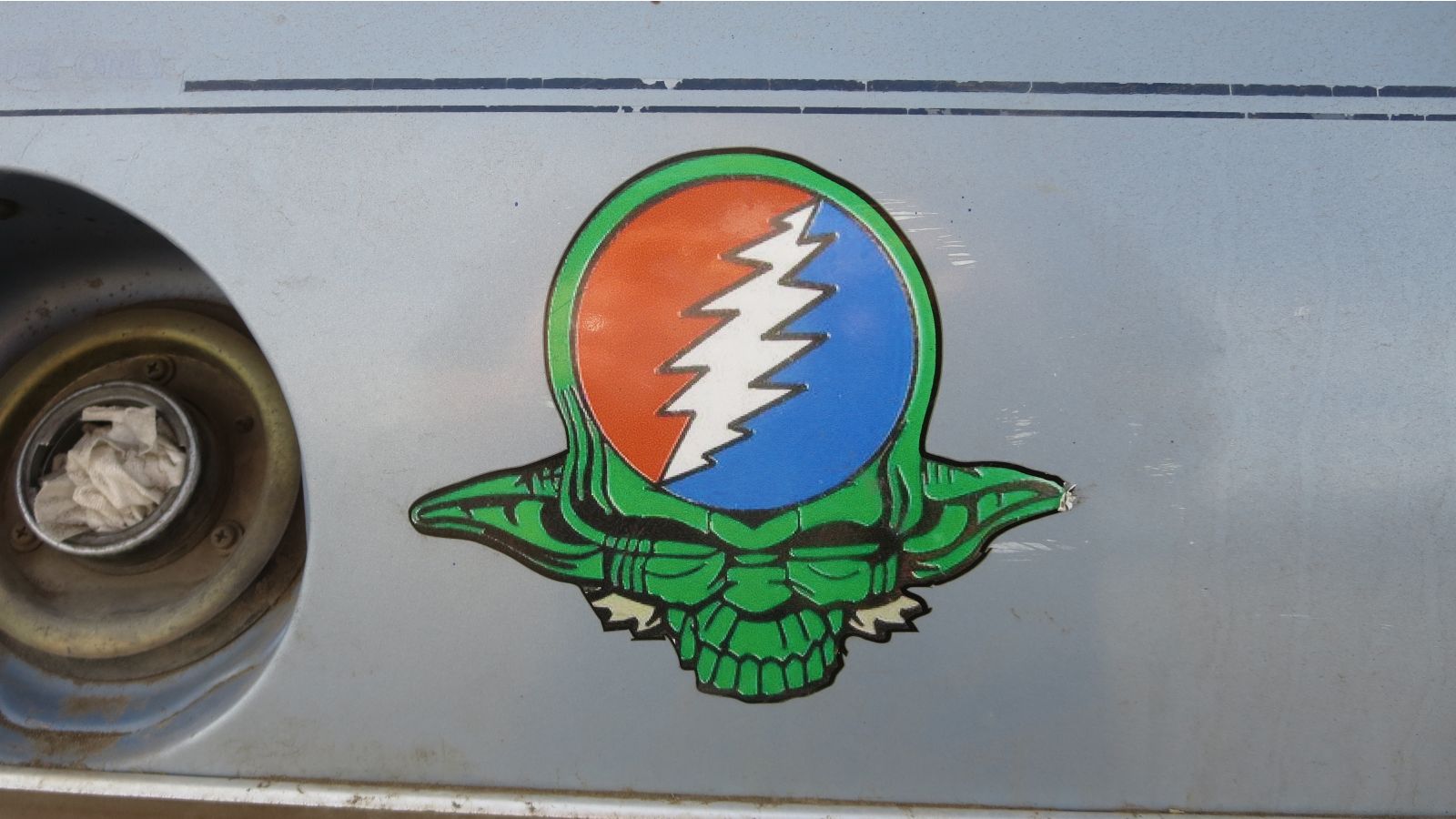 Right next to the rag being used as a gas cap, a Yoda-ized Steal Your Face skull. 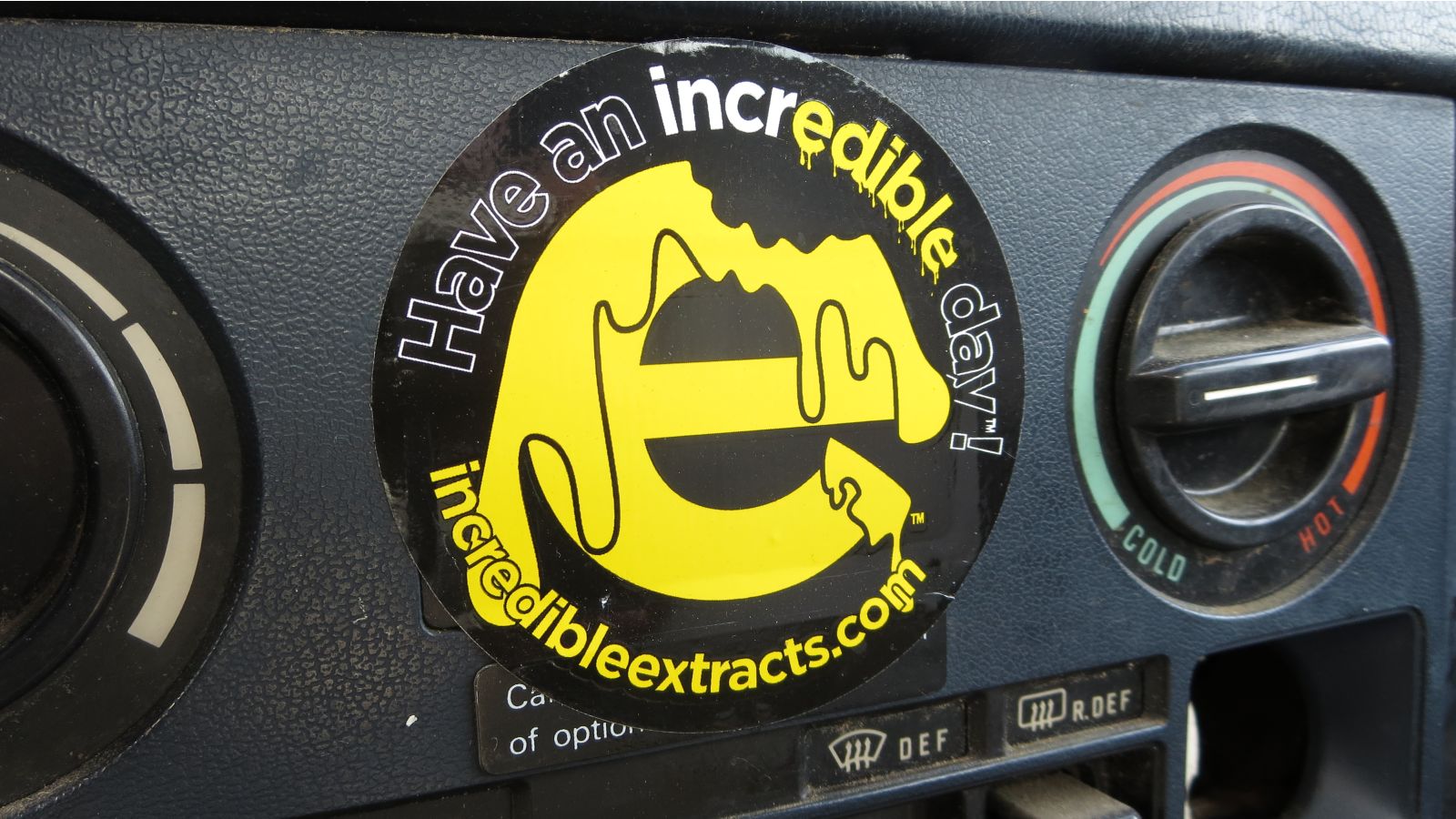 This sticker from Incredible Extracts is easy to find in and on the cars in Denver-area wrecking yards. 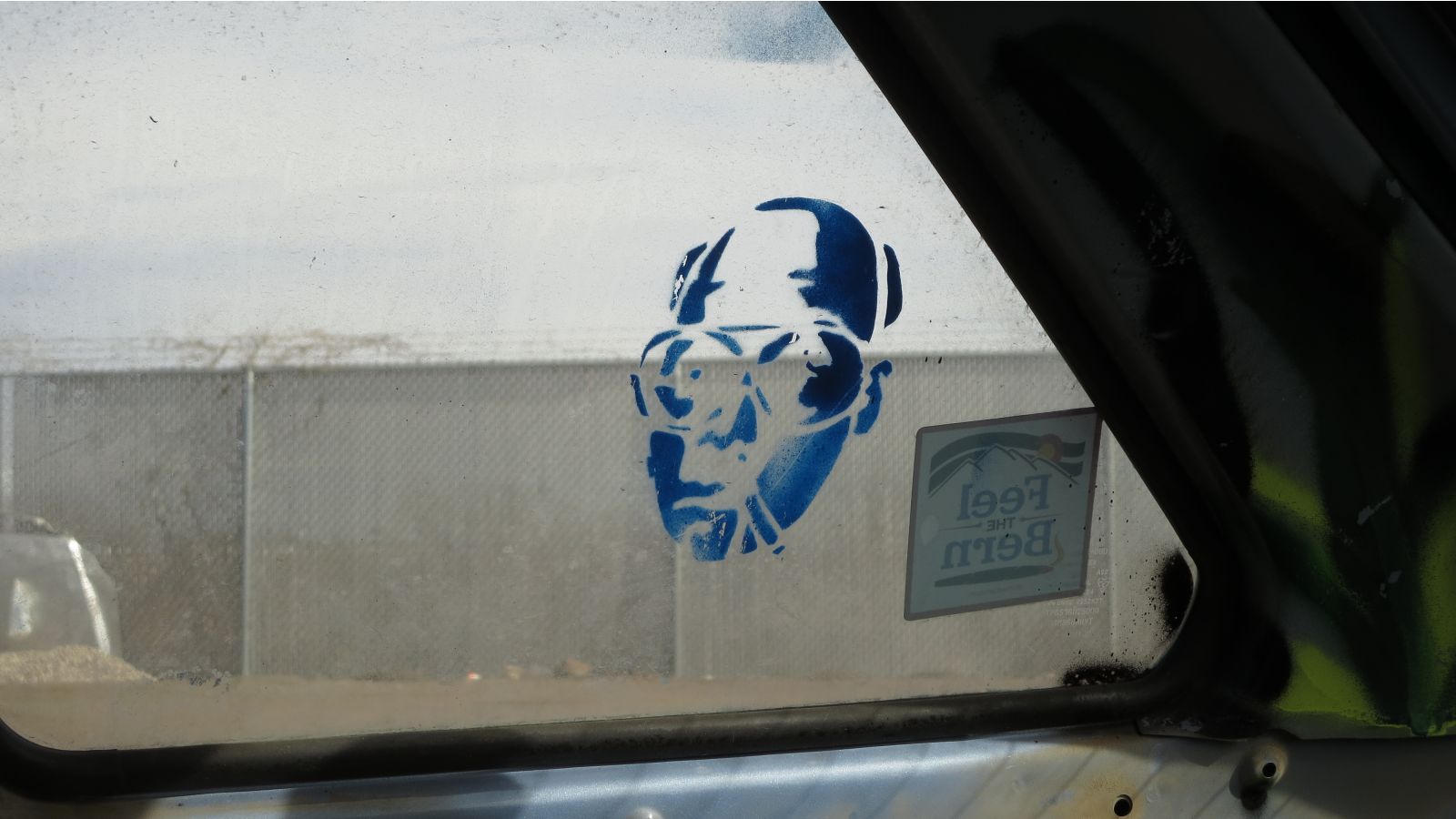 Someone made a pretty good Hunter S. Thompson stencil for the right-hand rear side glass. Neither of the two other members of the Male Hipster Holy Trinity (Kerouac and Bukowski) are to be found here, but then those two didn't live in Colorado. 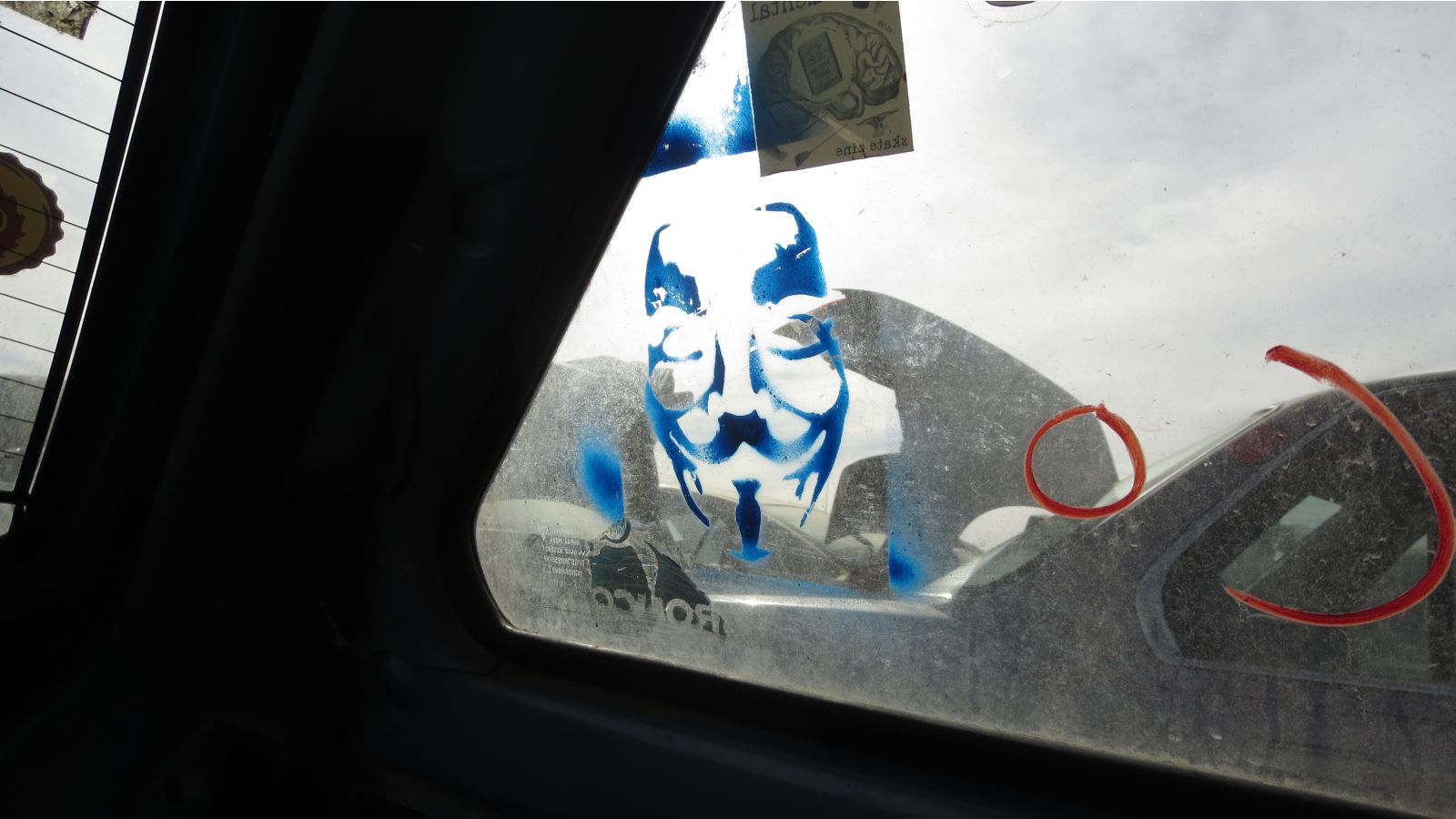 Anonymous is everywhere, even the junkyard. 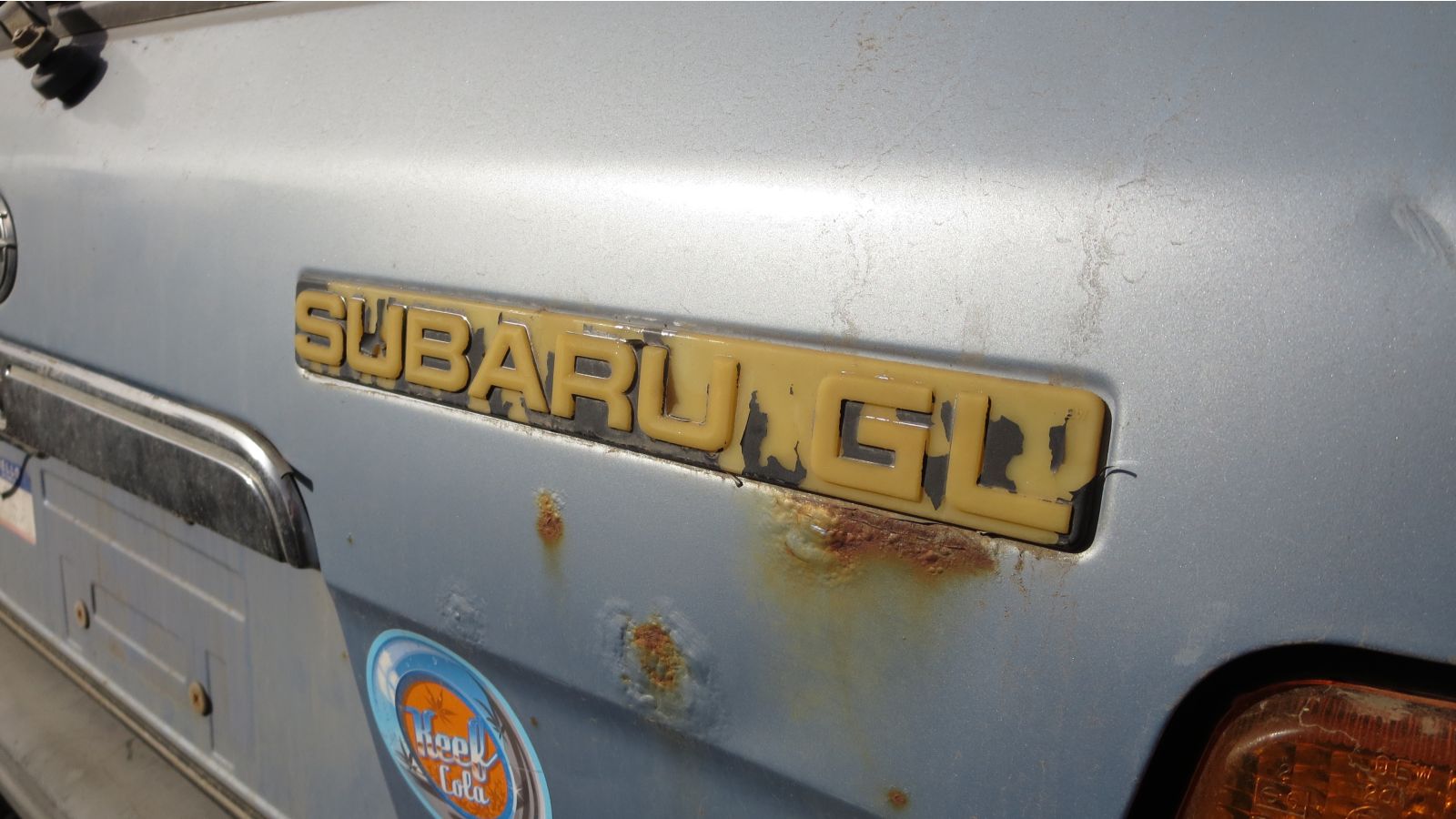 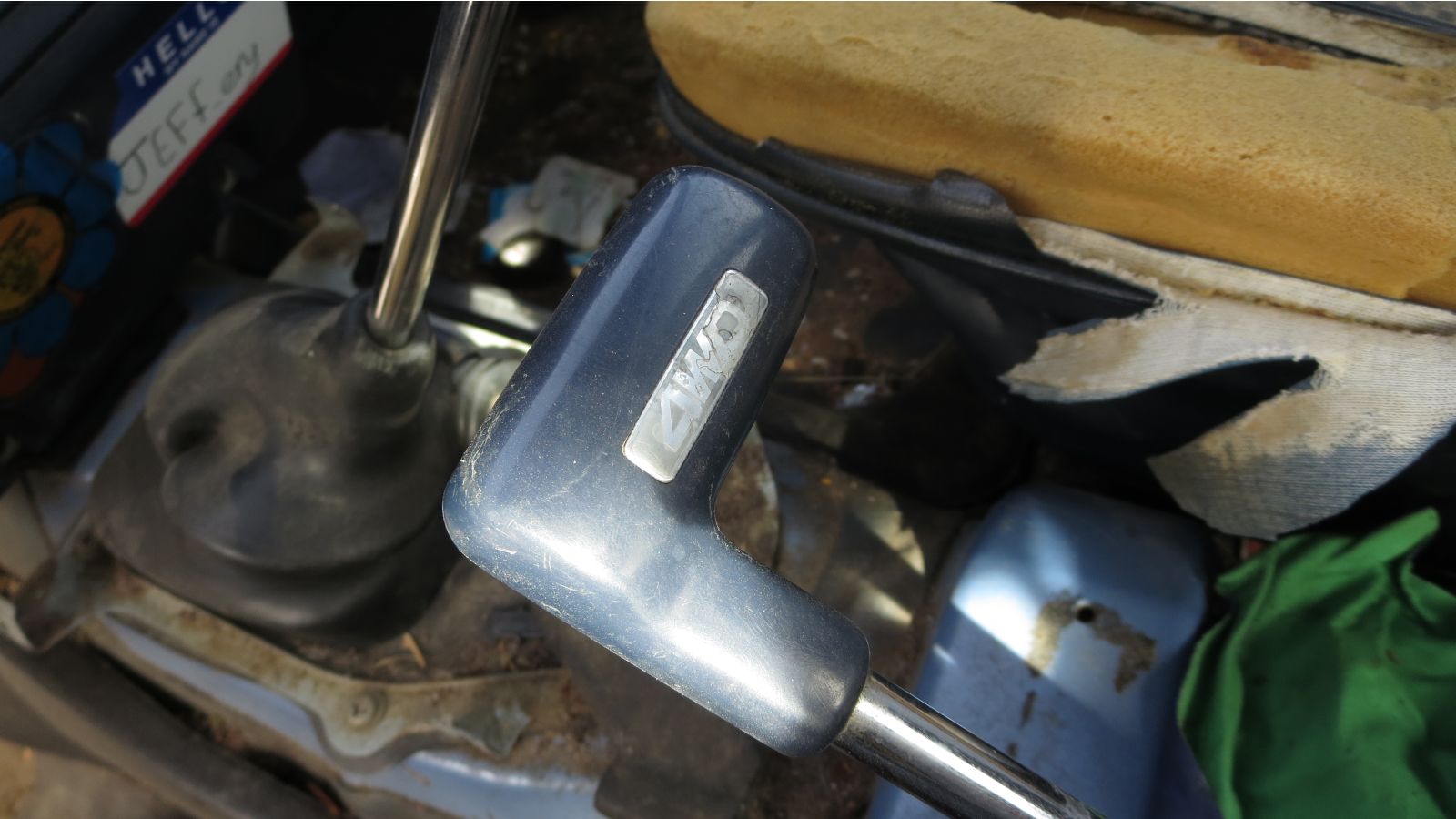 This car has manually-actuated four-wheel-drive, rather than the center-differential-equipped all-wheel-drive you'll get with your 21st-century Subaru. This meant that drivers were supposed to use front-wheel-drive on dry asphalt and four-wheel-drive on snow or dirt, but many didn't understand the concept and tore up their tires and/or powertrains by running 4WD at all times. 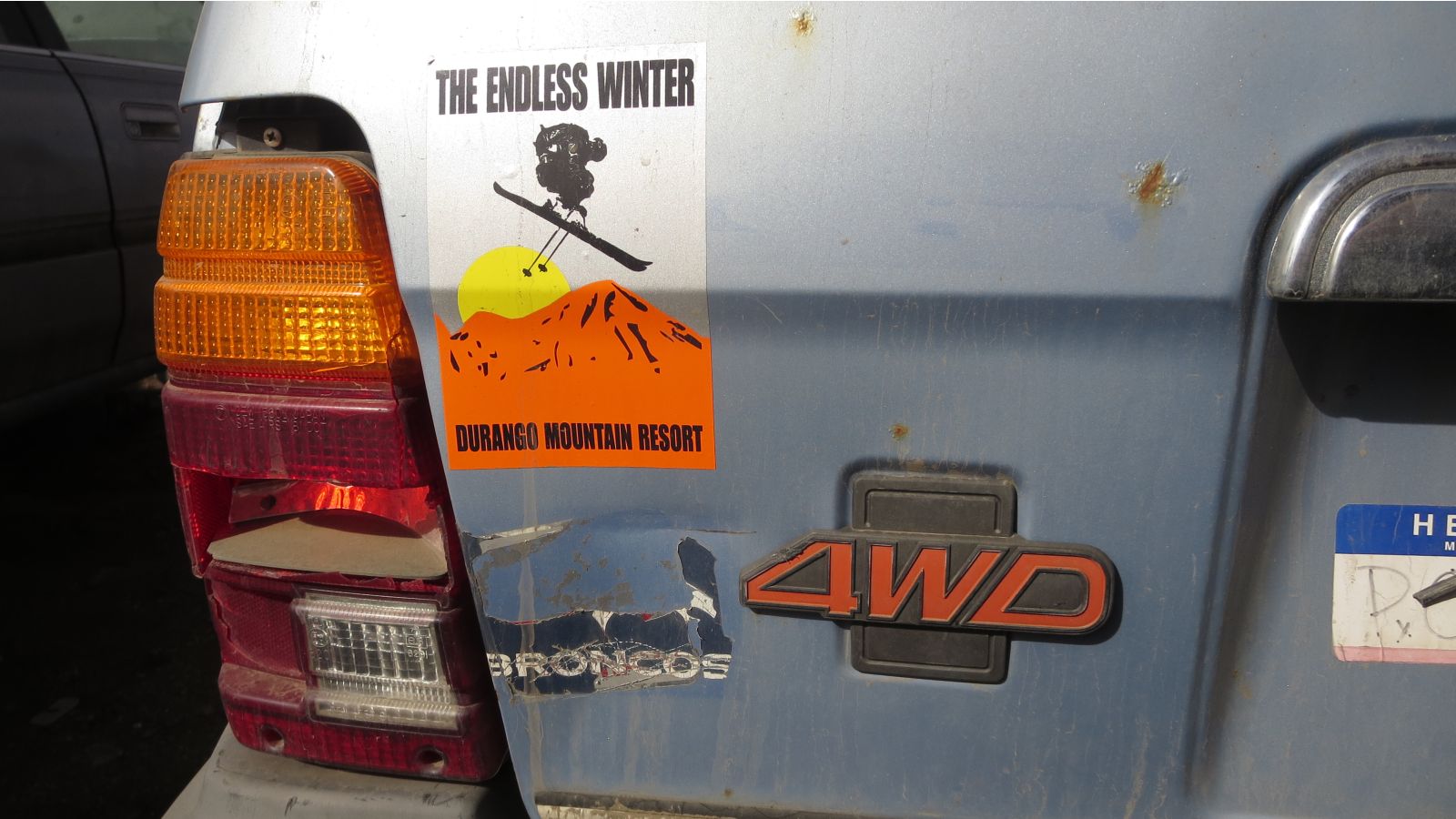 These cars would get you to the slopes every time, and they'd do it cheaply enough for you to afford your preferred intoxicants once you got there. This car's 34 years on the road are done, but many of its kind remain.