This restored C3 would be a handsome weekend driver 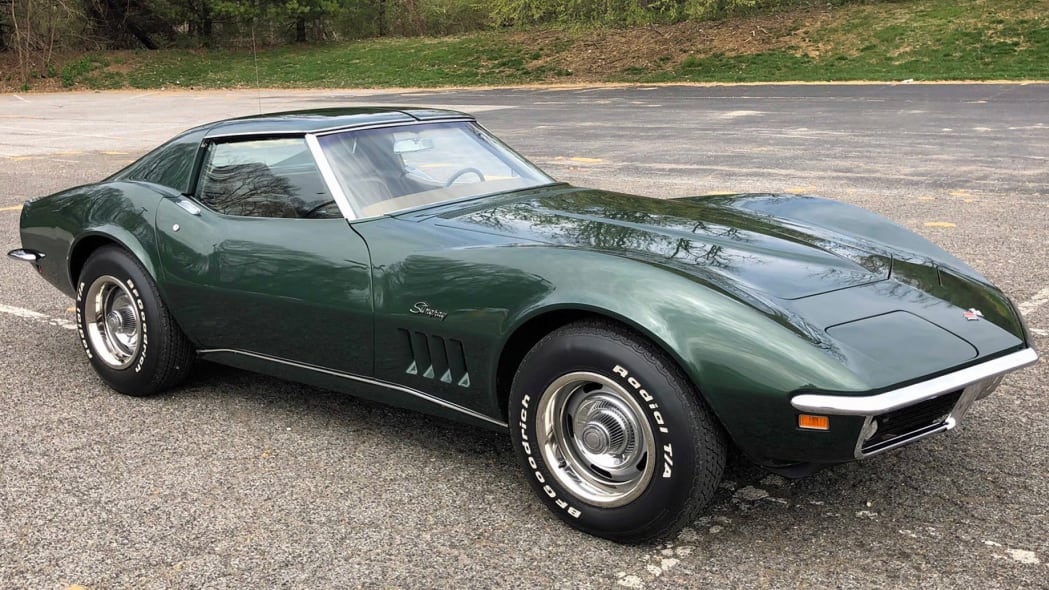 We've had Corvettes on the brain recently. Can't imagine why. As such, it seemed like a good idea to take a look around the old eBays for a classic Vette to share. While there are literally hundreds currently available, this tasteful C3 caught my eye. Painted Fathom Green with a saddle interior, this 1969 Corvette Stingray coupe is classy in a way that most Vettes throughout the ages have not been.

This would be from the C3's second production year, and the final year of the original design. Importantly, though, it was also the first year for the 350 cu-in. small block engine, which this car has with matching numbers, and that replaced the original 327. It is paired in this car to a four-speed manual, because of course I was searching for cars with the manual. Now, a 1969 with a 427 would obviously be more desirable, but it would also fetch a much higher cost. Hence, this car has a seemingly reasonable Buy It Now price of $31,500.

The odometer reads 30,914 miles, but it's also been restored. To what extent, the description doesn't say. It at least looks well-done, although as always, you wouldn't know for sure unless looking underneath and getting a proper pre-purchase inspection.