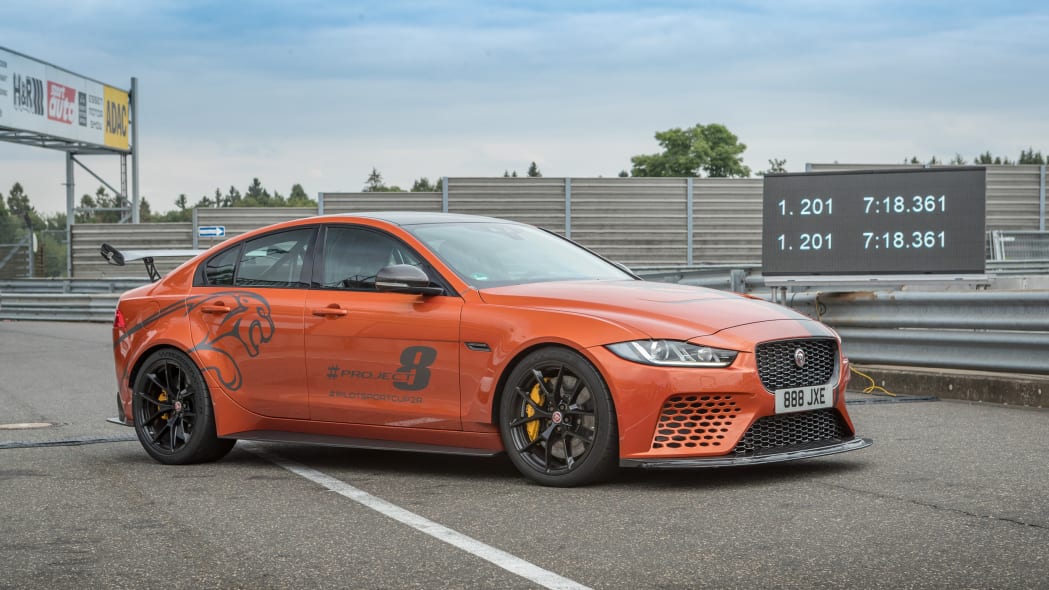 No production four-door vehicle has ever come close to breaking a seven-minute lap on Germany's Nüburgring (we see you WRX STI Type RA NBR), but manufacturers are slowly inching toward the achievement a few seconds at a time. Jaguar announced that it returned to the famed racetrack with its XE SV Project 8 and clocked a 7:18.361 lap, a new sedan record that's 2.9 seconds faster than the Project 8's previous record.

When Jaguar debuted the Project 8 in 2017, it had the makings of a specialty car that would slither into the shadows as quickly as it blasted onto the scene. But it's been quite the opposite. Jaguar has continued development of the vehicle and offers three different versions, including a touring variant. Production has lasted into the 2019 model year, and we recently tested one to get a handle of just how monstrous the thing truly is.

Much can change and be learned in two years, though, and Jaguar wanted to follow up its first trip to the Nürburgring, where it posted a record-setting time of 7:21.23. Under the guidance of Project 8 development driver Vincent Radermecker, the Jag ran the circuit in 7:18.361 on July 8, 2019. It did so in two-seat track pack spec and on Michelin Pilot Sport Cup 2 R tires.

Jaguar made sure to clarify a detail about the run and the time. The 2017 time was done on the then-used 20.6-kilometer (12.8 miles) setup, and so was this time. But starting in 2019, the Nürburgring began officially recording times on the full 20.832-kilometer (12.94 miles) lap. Using the 20.832 lap, the Project 8 recorded a time of 7:23.164. With that run, the 592-horsepower supercharged Project 8 is the first vehicle to set an official whole lap record in the mid-range production car class. 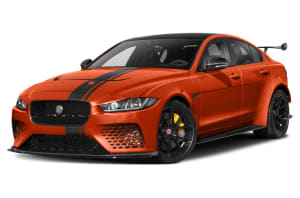