Drive like Mario Andretti: His '84 Lamborghini Countach is for sale 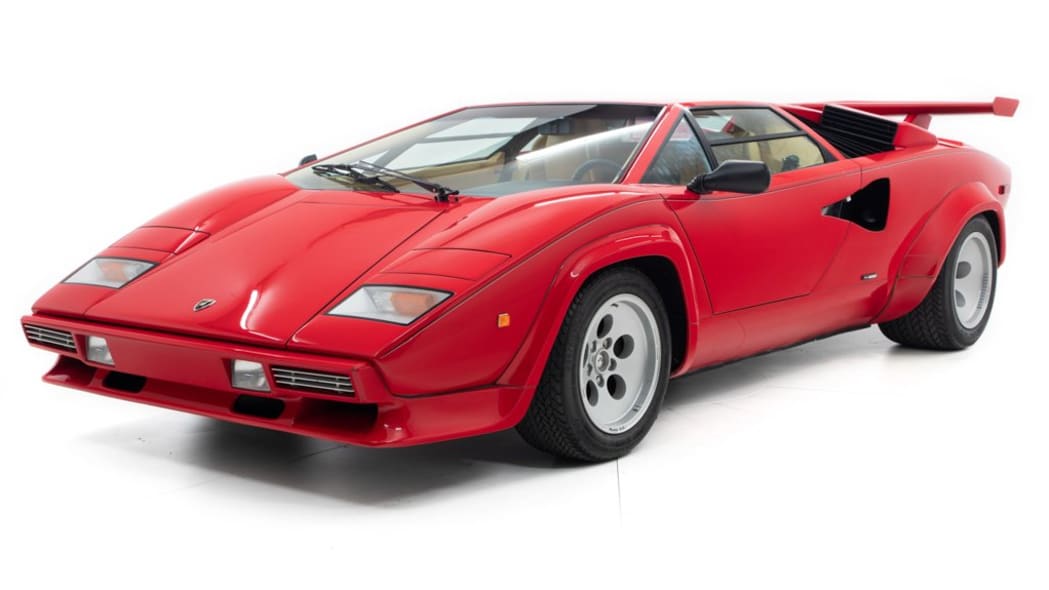 Mario Andretti is, arguably, the name most synonymous with “racing driver.” There are good reasons why: He has won the Indy 500 (1969) and the Daytona 500 (1967). He’s a four-time IndyCar champion and all-time IndyCar lap leader. He is also the last American to be Formula One world champion, in 1978 (Andretti emigrated from Italy to the United States when he was 15). The extraordinary length of his career is emphasized by the fact that he is the only racer to be named driver of the year in three different decades: 1967, 1978 and 1984.

Perhaps it was in celebration of that third time that Andretti treated himself to a new Lamborghini, this ’84 Countach S. Now someone else is gets the chance to own it. It’s for sale at Motorcar Gallery, in Fort Lauderdale, Florida, with an asking price of $499K.

The livery of this ’84 Countach 5000 S reflects Andretti’s Italian heritage in its classic red-over-tan color scheme, a contrast to the Bolivian-marching-powder white that was so emblematic of ’80s Countachs. Subtle custom touches include pinstriping that integrates the Mario Andretti logo, and logos on the outside mirrors as well. The V12 engine pumps out 371 horsepower and is paired with a five-speed manual with a gated shifter. The selling dealer states that the car has been treated to an engine-out mechanical refurbishment, and the odometer shows just 17k miles.

Despite the low miles, we imagine Andretti liked this car well enough — he ended up owning a string of Lamborghinis, reportedly including an ’89 Countach, a ’91 Diablo, a Murcielago and an Aventador S. The pairing of a fast driver and fast cars is a natural one, it seems.