It will have more power, more tire and more brakes than the road car The 2020 Dodge Charger Hellcat Widebody may be world's most badass Charger right now, but it won't be for long. This weekend, Dodge will unveil an even more serious Charger, a one-off racer that will run at Pikes Peak.

Tim Kuniskis teased the race car during the Widebody reveal. It will have more power, more tire and more brakes than the road car. He didn't provide exact numbers for any of that, but we at least know it will have more than 707 horsepower, tires wider than 305 millimeters, and better brakes than the regular Hellcat. He said it will have an upgraded version of the Hellcat's 6.2-liter engine. We wouldn't rule out 797 horsepower like in the Hellcat Redeye and in the company's One Lap of America Dodge Durango.

We suspect we'll have more concrete details and photos of the car very soon, since the Pikes Peak International Hill Climb takes place this Sunday. One other tidbit: Kuniskis said that we shouldn't expect any of the parts from the race car to show up as Mopar accessories. But we bet there will be plenty of aftermarket companies more than happy to help paying customers recreate it. 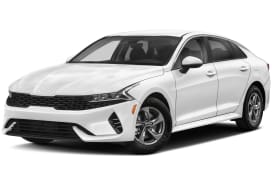