Picking the right vehicle for ridesharing is your key to profit

Ridester
When Uber and Lyft first started, it doesn't seem that it ever occurred to them that people might actually buy a car for the express purpose of doing rideshare driving.

Originally, they looked to people who already owned cars (or had access to a car) as their primary prospective pool of drivers. For people deciding to drive for Lyft and Uber who already owned a vehicle, it didn't matter too much how much they paid for it because they were going to own it anyway regardless of whether they worked for Uber or Lyft. Any money they made from ride-hail driving was a bonus that could go toward lowering the car expenses they had already incurred.

Before you get too far ahead in your vehicle search, you should figure out approximately how much money drivers in your area make. There are two things you need to know in order to figure that out. The first is what Uber and Lyft's driver rates are. You need to know how much they pay drivers per mile and per minute. That's key. The other thing you'll need to know is approximately how many passenger miles and minutes drivers in your area are able to complete in an average hour.

Getting Uber and Lyft's rates is easy. Just login to their passenger apps and see how much they charge passengers per mile and per minute for each class of service. Then take 75% of that and that will give you the approximate rate they pay drivers. And one thing you should keep in mind if you're going to rely on Uber and Lyft to help you pay for the car is that they constantly lower their rates. So, whatever they are today, there's no guarantee they'll be the same six months or a year from now. The only apparent guarantee is that they'll never be higher.

Over the years Uber and Lyft have both cut rates drastically. In Los Angeles, for instance, the mileage rate for UberX cars was originally well over $3 per mile. Today, it's less than a dollar. $0.80 to be exact. And that's what they charge passengers. Drivers only get around 75% of that, so drivers are getting just $0.60 per mile. To get an idea how little that adds up to in an hour, imagine you drive a passenger for 60 minutes straight and that your average speed is 30 mph (which is on the high side for LA). Your gross earnings from mileage would only be $18. But in reality, you will rarely have a passenger in your car for an entire hour averaging 30 miles per hour.

Related: The pros and cons of working in the gig economy


In a typical hour you may have passengers in your car for 30 minutes. And in most cities you'll average around 15-20 mph. Using LA's $0.60-per-mile rate, a driver averaging 20 mph for 30 minutes would earn $6 in mileage charges and about $6 in per-minute charges. So $12 gross before all car and other related expenses are taken into consideration. AAA and the IRS both estimate that the average cost per mile for driving in America (including all types of passenger cars) comes to around $0.55 per mile. So, if we lower that to $0.45 a mile, in this example the driver would have incurred approximately $4.50 in expenses, netting himself a grand total of $7.50 for an hour of work.

In Ridester's 2018 survey of driver earnings, we found that more than half of Uber and Lyft drivers earn less than $10 per hour. So, you must take that fact into consideration when deciding how much you should spend on a rideshare vehicle.

Because of the low earnings potential, we highly recommend that drivers only purchase used vehicles, if their main purpose in owning the vehicle is to earn a living or a part-time income with Uber and Lyft. The only way you stand a chance at making a profit is by selecting the lowest-price vehicle you can find that still runs! You should only look at vehicles (within the companies' vehicle requirements) that you can get for around half as much as they would cost new. Anything more and it will be very difficult to ever make a profit from this gig.

What class of vehicle should you get?

Uber and Lyft both have several different classes of vehicles that passengers can choose from. From the basic UberX to the luxury Uber Black and SUV as well as Lyft Lux and Lyft SUV. You have to weigh the different options here very carefully because it will make all the difference in the world as to whether or not you'll be able to make a profit.

The lowest vehicle type for Uber is called UberX and for Lyft, it's simply called Lyft. These are the low-end four-door sedans you see scurrying around town in search of their next fare. Uber and Lyft both charge riders and pay drivers the lowest fares for these vehicles. These are the vehicles where most drivers earn well under $10 an hour.

But, the top of the line luxury vehicles, Uber Black and Lyft Lux, while paying a much better rate to drivers, aren't necessarily the best choice either. Neither company does much to promote these services, and because they usually cost about double what the lower end UberX rides do, there isn't that much demand for them. Uber Black drivers in New York City will tell you they can literally sit three to four hours between trips. So, while these drivers can make $50 to $100 in a single hour, it doesn't do much good if they sit idle for the next four hours. The long intervals between trips can bring their hourly earnings down to as low as UberX drivers — and sometimes even lower. It doesn't make any sense to buy a $30,000 or $40,000 car if you're going to make less than the guys driving around in $15,000 cars.

In our experience, the best choice of all is a minivan, which is capable of carrying more passengers and more baggage than the low-end UberX cars. Uber calls this class of service Uber XL and Lyft calls it Lyft Plus. These are extra-large vehicles, and they can be used by drivers to take both X (low-end) customers and XL customers. When a driver gets an X customer, he will be paid the normal low-end X rates. But when drivers get XL trips they are paid substantially more — approximately 1.5 times more. And because XL trips are significantly lower in cost than the luxury Black and SUV vehicles, they stay a lot busier, especially at airports.

Because of their lower price and their relatively high demand from passengers traveling with lots of luggage or in larger groups, they are probably the best all-around choice for rideshare drivers.

For those reasons, we are convinced that these vehicles are the best rideshare vehicles in use today. The ability to stay busy with X calls when there is low demand for XL, combined with the fact that there is pretty strong XL demand overall, and the fact that XL vehicles are a lot less expensive to buy, run and maintain than their higher-end luxury cousins, we think XL vehicles are really the way to go in 2019 if you're serious about maximizing your ridesharing income. 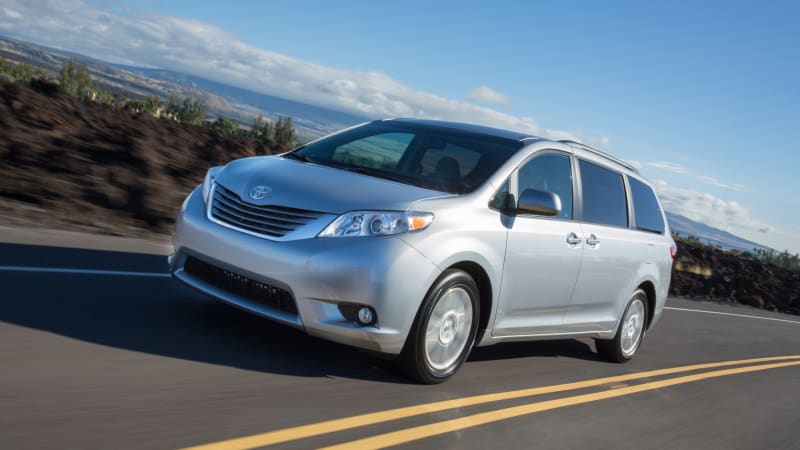 What are the best XL vehicles?

First, like we recommend for all rideshare vehicle classes, we recommend buying a used XL vehicle. That will give you the best opportunity to make the most possible.

We really like the Toyota Sienna, not for its style but for its utility. Out of all the most commonly used XL vehicles, this one has the most options for configuring the space to accommodate different passenger scenarios. Rear seats can be let down to accommodate larger groups of people, or they can be put up to make more room for storing luggage for those people who are traveling with everything but the kitchen sink.

Uber and Lyft require that this class of vehicle seat at least six people, but the Sienna can accommodate up to as many as eight people, which will make your larger groups very happy when they can all fit.
You should be able to pick up a three-year-old model from between $17,000 and $23,000.

The Honda Odyssey — a used one, of course — is another good choice. The base trim level offers seating for seven passengers (one more than required) and the other five trim levels have an extra seat making room for eight passengers.

Some minivans we like in part for their cargo room are:
Any of these vehicles that you can find for around $20,000 or less should make for a good, profitable rideshare driving experience.

$1,220 - $2,319 Nat'l avg. savings off MSRP
See Local Pricing
I'm not in the market for a vehicle at this time. Please move this suggestion to the side for 30 days.
Huge Savings