Lexus just did something a bit different, and it has to do with manga art. The headliner piece is the Lexus LC 500 with the masked warrior crouching on top of it, seen above. We think it's objectively awesome, as the car autonomously races away from an exploding city.

The LC 500 was drawn by Bulgarian artist Daniel Atanasov. He says it's "heavily influenced by Japanese culture. The main character is wearing an oni mask, which in Japan are worn at festivals to protect from evil spirits. He is holding a nodachi sword (a type of Samurai sword), and the pose of the character has been influenced by martial arts." Atanasov says the LC 500 is self-driving, controlled by the character on top of the car. 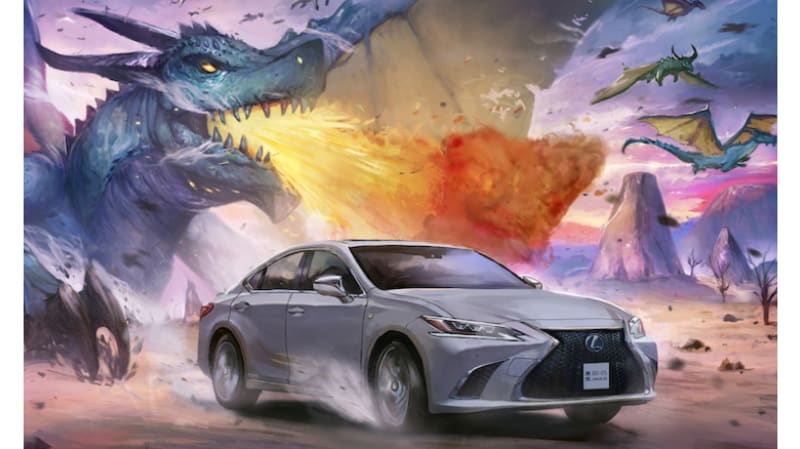 Next up is a drawing of a Lexus ES driving amongst dragons. We're not so sure how long the car will last in that landscape ... perhaps an LX 570 would be the more prudent choice for bombing through a rocky desert. This one blends manga with classical paintings from the west, making it more of a hybrid. It was drawn by Tim Kong — he says he chose to draw dragons in order to "highlight the brave design of Lexus cars." 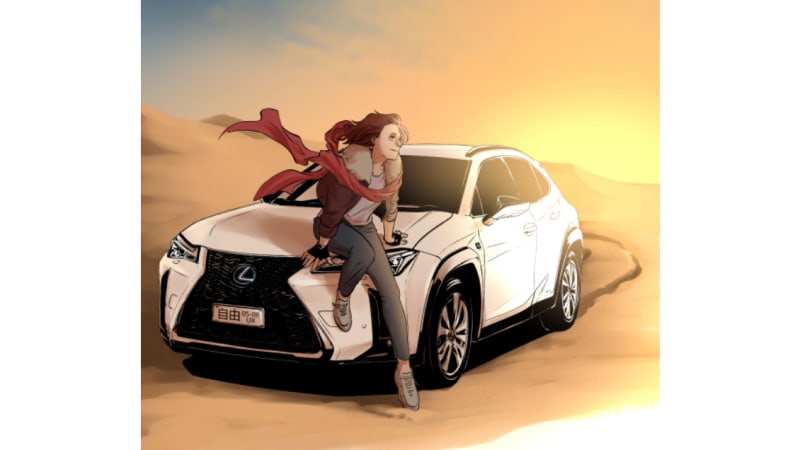 Lexus' last commission is of the UX. This one is much simpler, with fewer things going on in the background. There is simply a girl and her Lexus UX in the dunes as the sun sets. It's rather calming and warm in nature compared to the first two drawings. The artist, Yishan Li, says she drew the UX like this because this is where she envisions taking it if she owned one.