Still sensibly Swedish, the 900 Turbo was crazier than its turbo Volvo rivals

The Saab 900 sold well in Colorado, and owners of these cars tend to hang onto them for decades. For those reasons, I still find 900s while making my rounds of the self-service wrecking yards in the Denver region. The turbocharged models tended to fail more quickly than their naturally-aspirated counterparts, though, so the 900 Turbo can be tough to find today. Here's a 1986 that took its final tow-truck ride into a Denver yard a couple of months back. 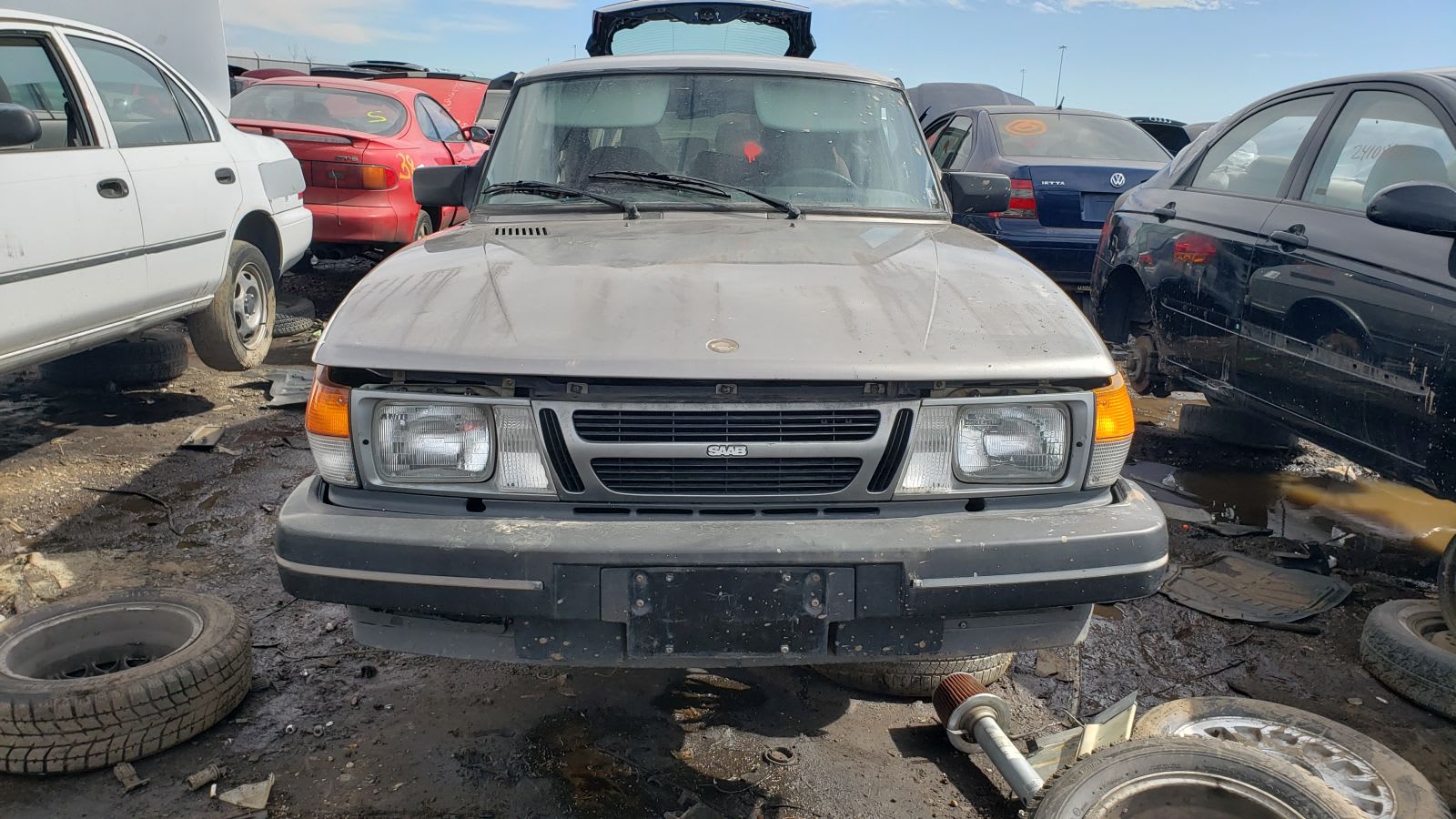 The 900 received a makeover for the 1987 model year, so today's Junkyard Gem comes from the final year of the 900 with the endearingly 1960s face derived from its 99 predecessor. 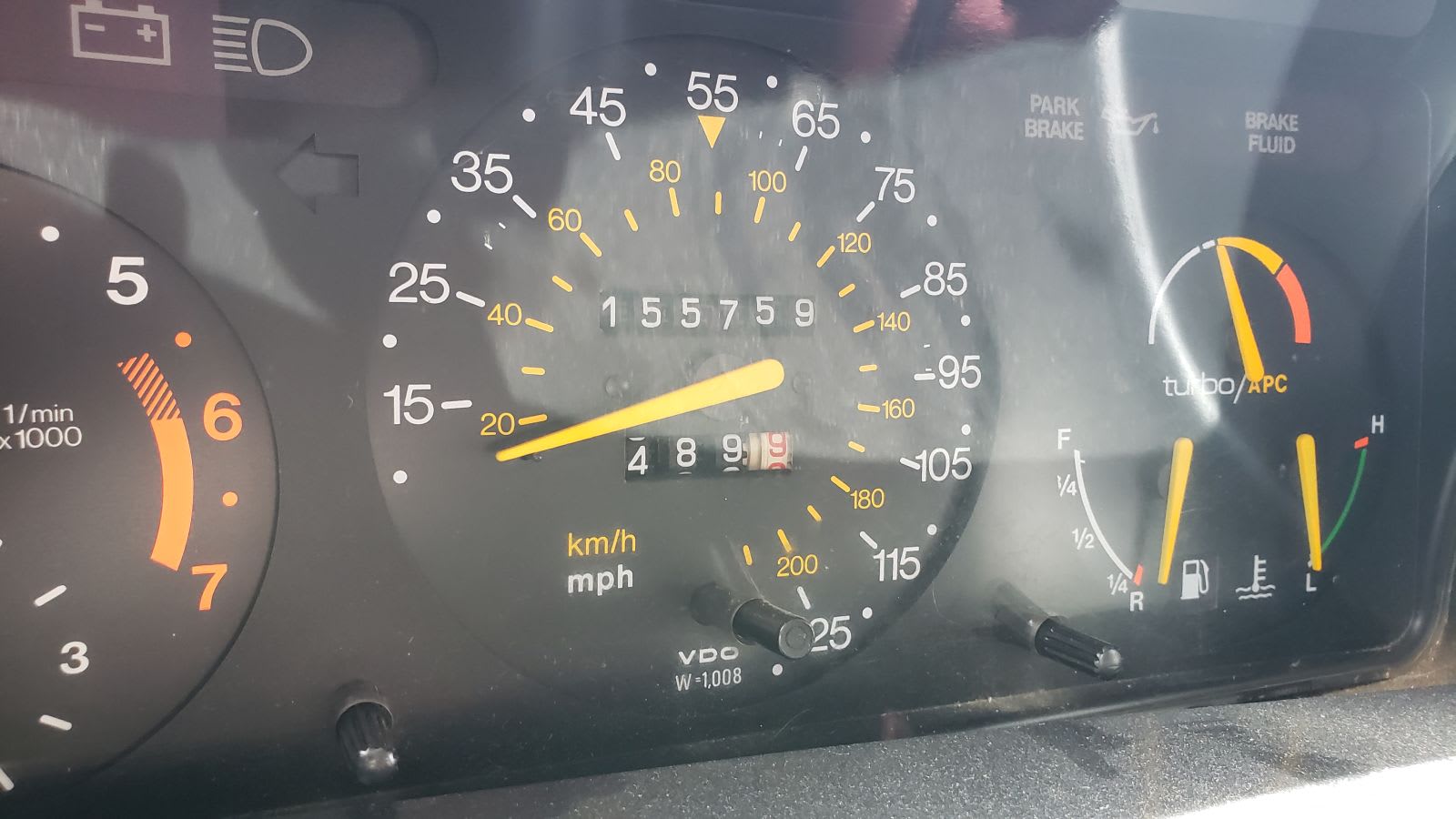 Most of these cars didn't chug along for quite as many miles as their Volvo 240 countrymen, but that may be attributable more to the differences in driving style between Volvo and Saab owners. 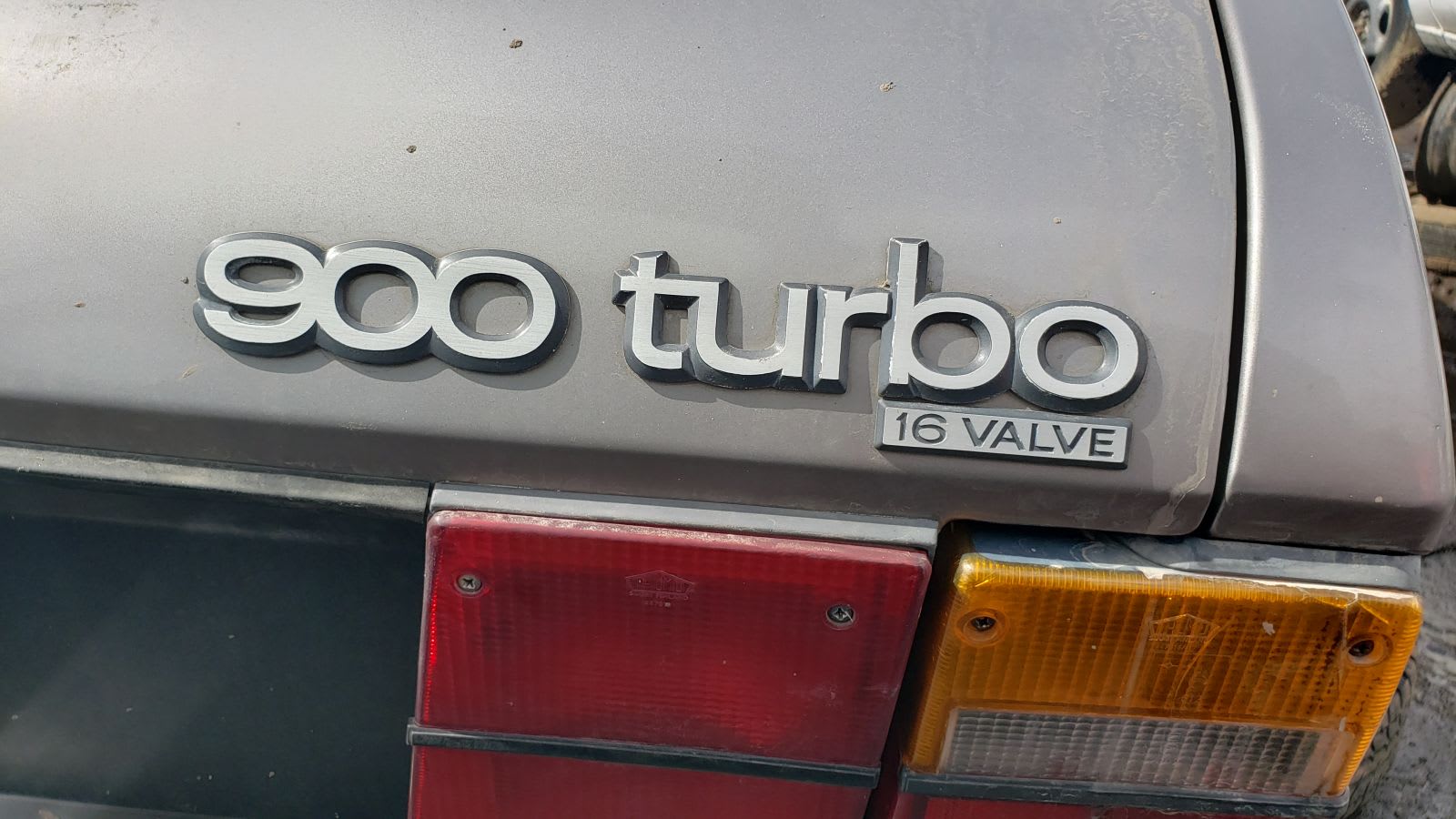 The word TURBO had magical connotations during the 1980s, and so most turbocharged cars of the era boasted big, obvious badging. 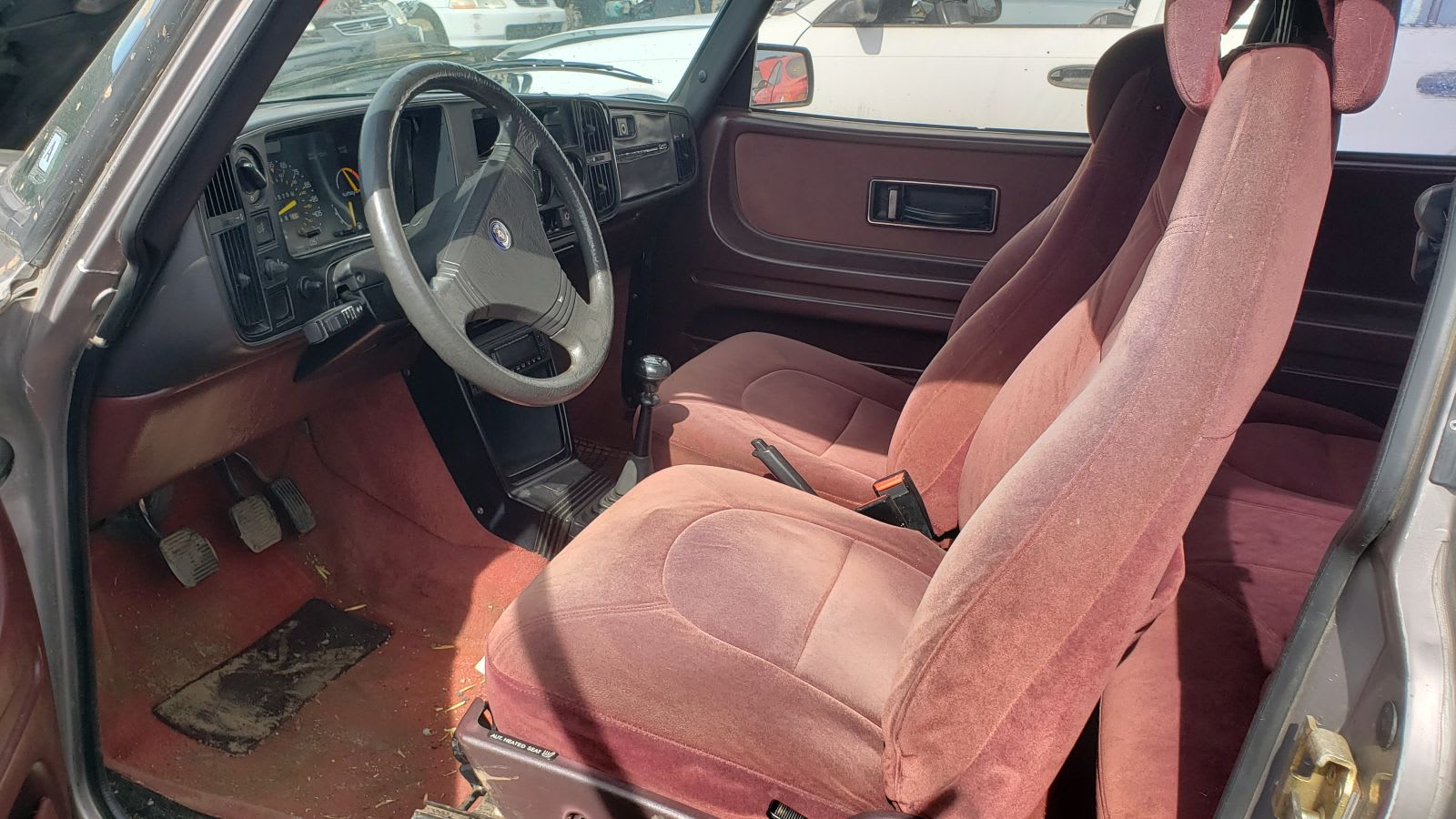 Red car interiors were all the rage during the 1980s and 1990s. Try to imagine the vivid bordellitude of this upholstery before it faded beneath the blazing Colorado sun. 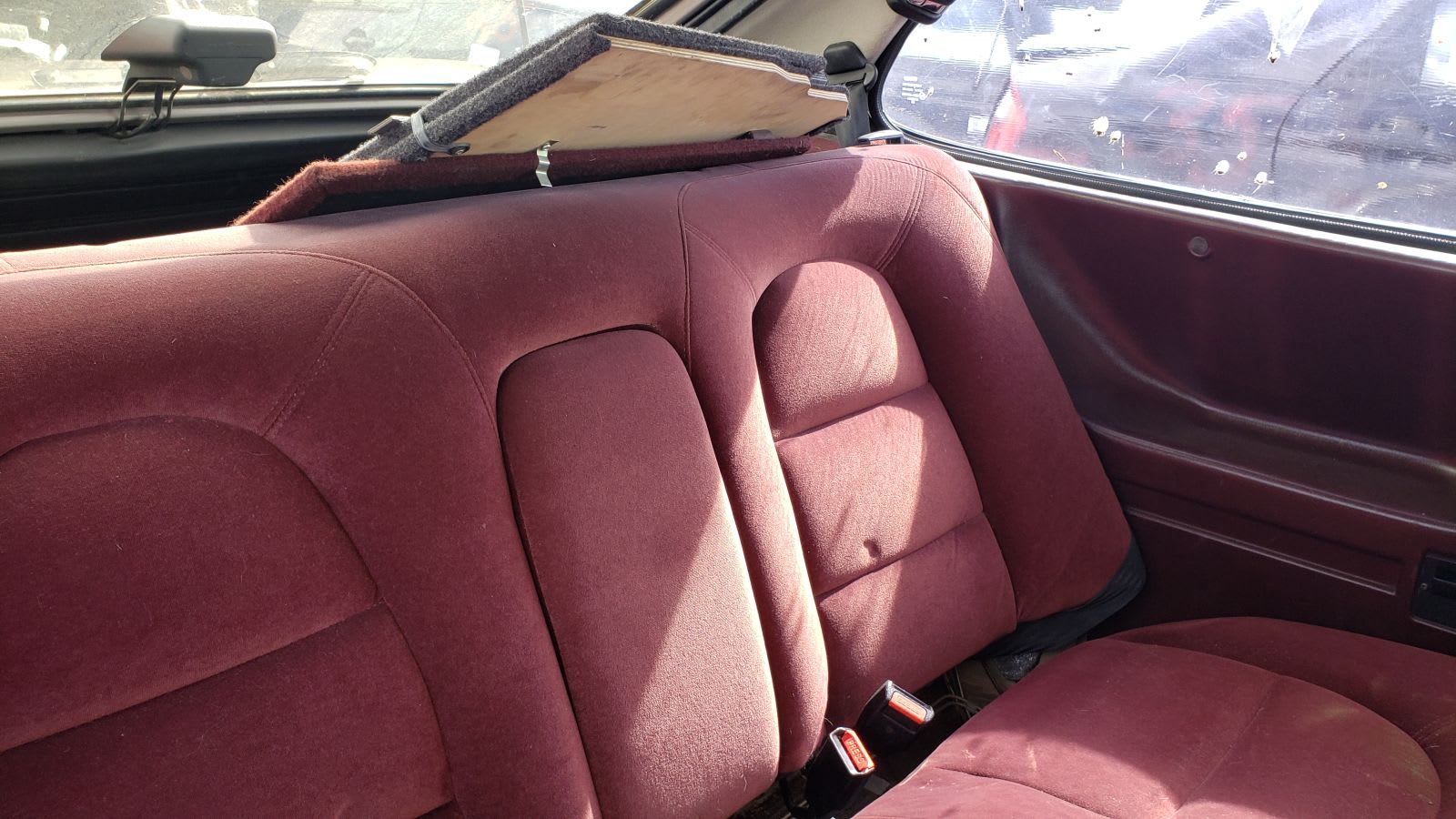 Was it a runner when it arrived here? We'll never know.

Born from jets, sure, though the original Saab jet was known as "the Flying Barrel" and wasn't especially graceful-looking.