It's part of the Chevy Teen Driver System

Joel Stocksdale
In the neverending quest to keep young drivers safe, Chevrolet is introducing a new feature called "Buckle to Drive." It's part of Chevy's Teen Driver System, which allows parents to monitor driving habits, set speed limits and keep safety features on, and is only active when the system is active. And what it does is pretty simple: If the car starts without the seatbelt buckled, the shifter is locked out for up to 20 seconds or until the driver buckles the seatbelt, whichever comes first. The lock-out only lasts for a maximum of 20 seconds, though, whether the seatbelt was fastened or not. When asked why the 20-second time frame, a representative from Chevy said that "over 70% of drivers try to shift out of park within 20 seconds of turning the vehicle ON, so we feel that the 20 second timing will capture the most natural habits and encourage teens to buckle up before they head out on the road."

GM touts this feature as an industry-first, but there was a brief moment in history when a very similar feature was required by law. In 1974, as explained in the amazing vintage Chrysler training video below, the government mandated cars have an ignition interlock that would prevent the car from even starting until the seatbelts were used. Public backlash led to the interlock requirement being abandoned for just the existing warning chime law.

Chevy's "Buckle to Drive" system, along with the Teen Driver System, will be a standard feature on the 2020 Chevy Traverse, Malibu and Colorado. These new model-year vehicles will go on sale this summer. The feature will probably trickle down to other cars over time. 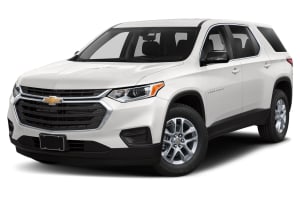