Made back when the Taurus SHO came with a mandatory manual

Ford sold the first-generation Taurus SHO for the 1989 through 1991 model years, and no Taurus since that time has attained its level of madness. Oh, sure, later Tauruses had more horsepower, but the combination of lightweight, ordinary-looking sedan, high-revving engine, and manual transmission made the original Taurus SHO the purest of the factory-hot-rod Detroit sedans of its era. Here's a 1990 Ford Taurus SHO in a Colorado wrecking yard. 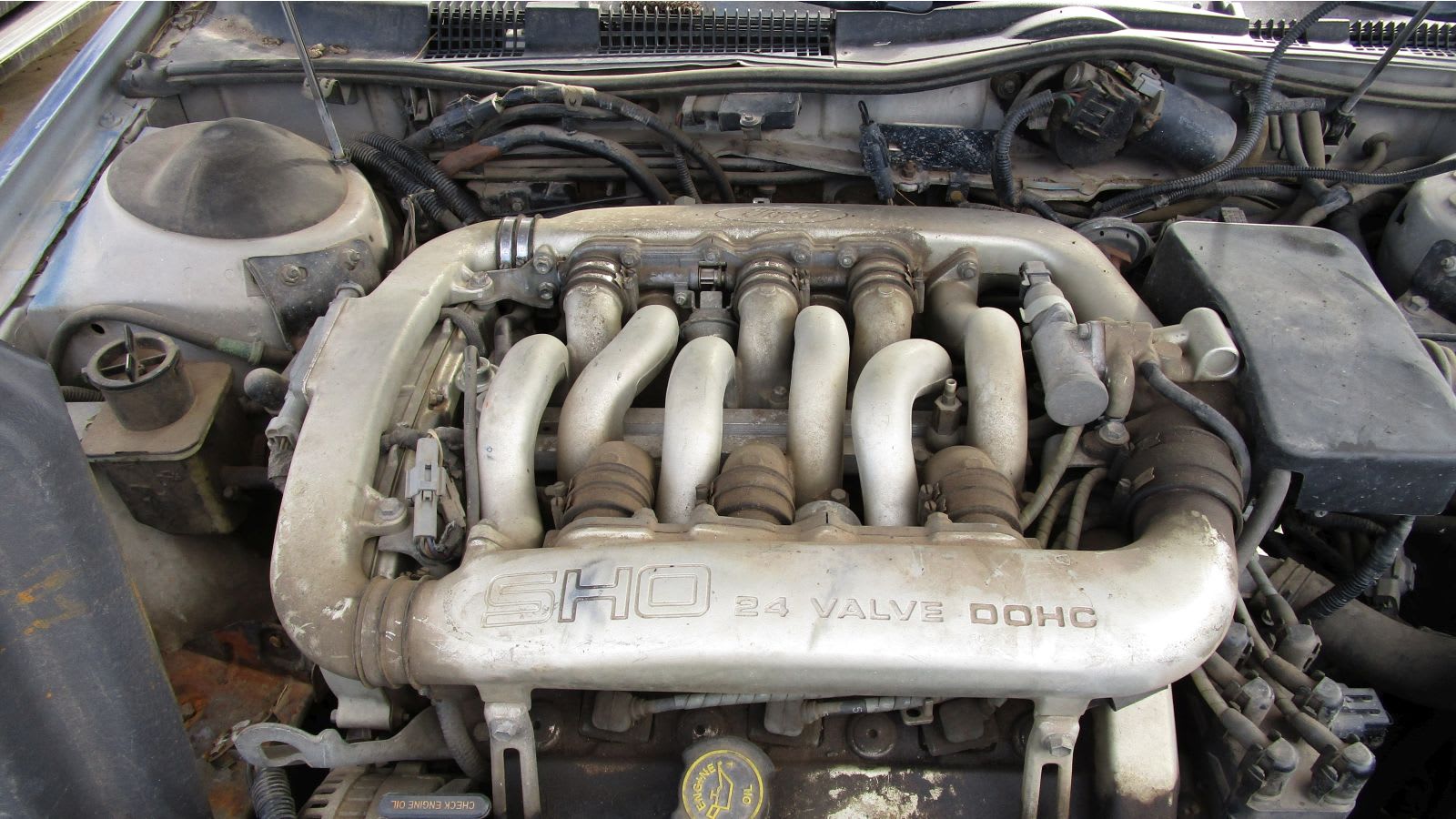 Ford hired piano- and motorcycle-builder Yamaha to turn the unexciting Vulcan V6 into a performance engine, and the result was a 7,000-rpm redline, 220 horsepower, and one of the coolest-looking intake manifolds in automotive history. 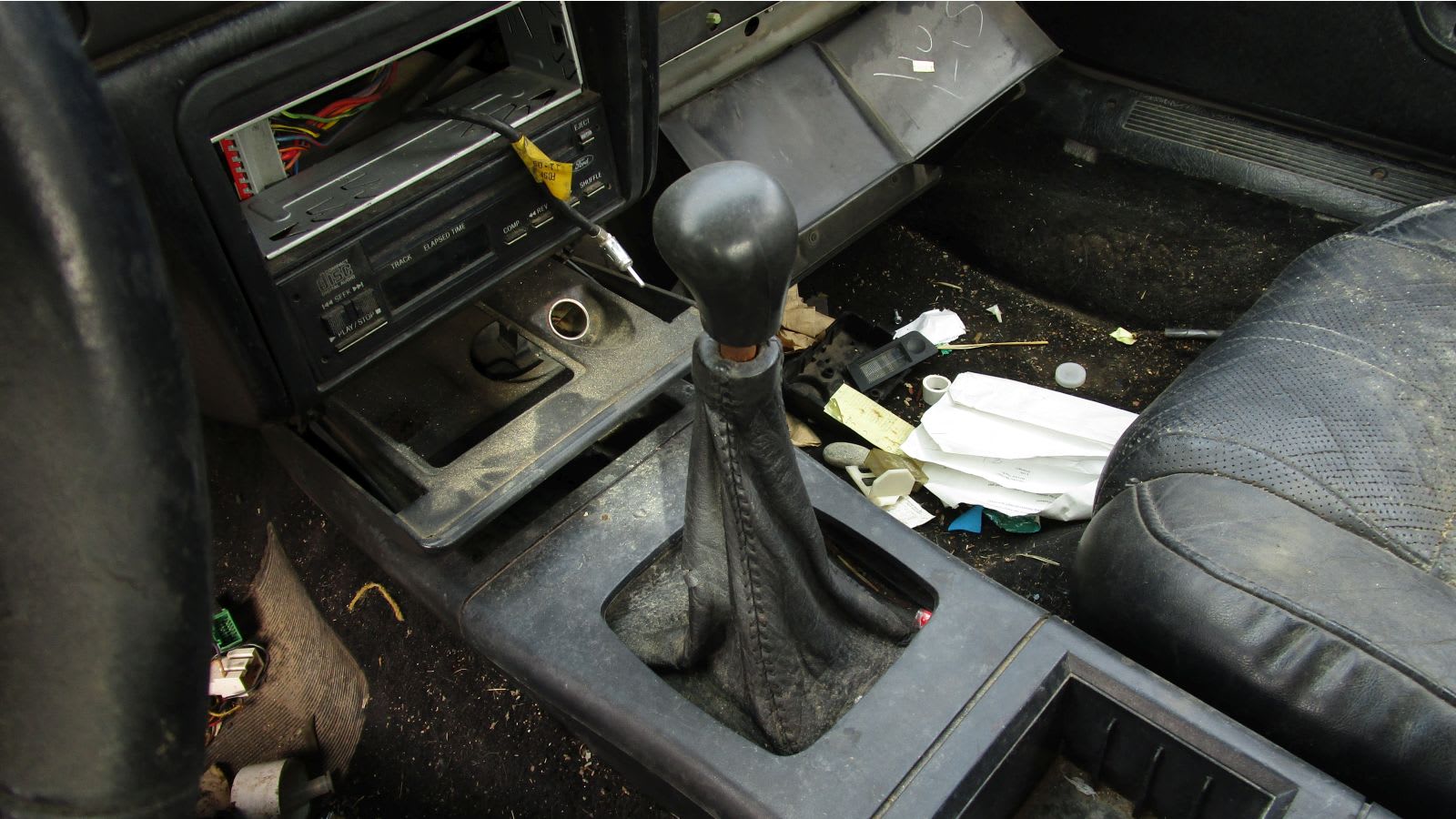 First-gen Taurus SHO buyers had just one transmission choice: a five-speed manual. This hurt sales (Ford had seen the writing on the wall and stopped selling the regular Taurus with a manual after the 1988 model year) but made this car a tire-torturing beast. By 1993, the Taurus SHO could be had with two pedals. By 1996, every Taurus sold in North America was slushbox-only. 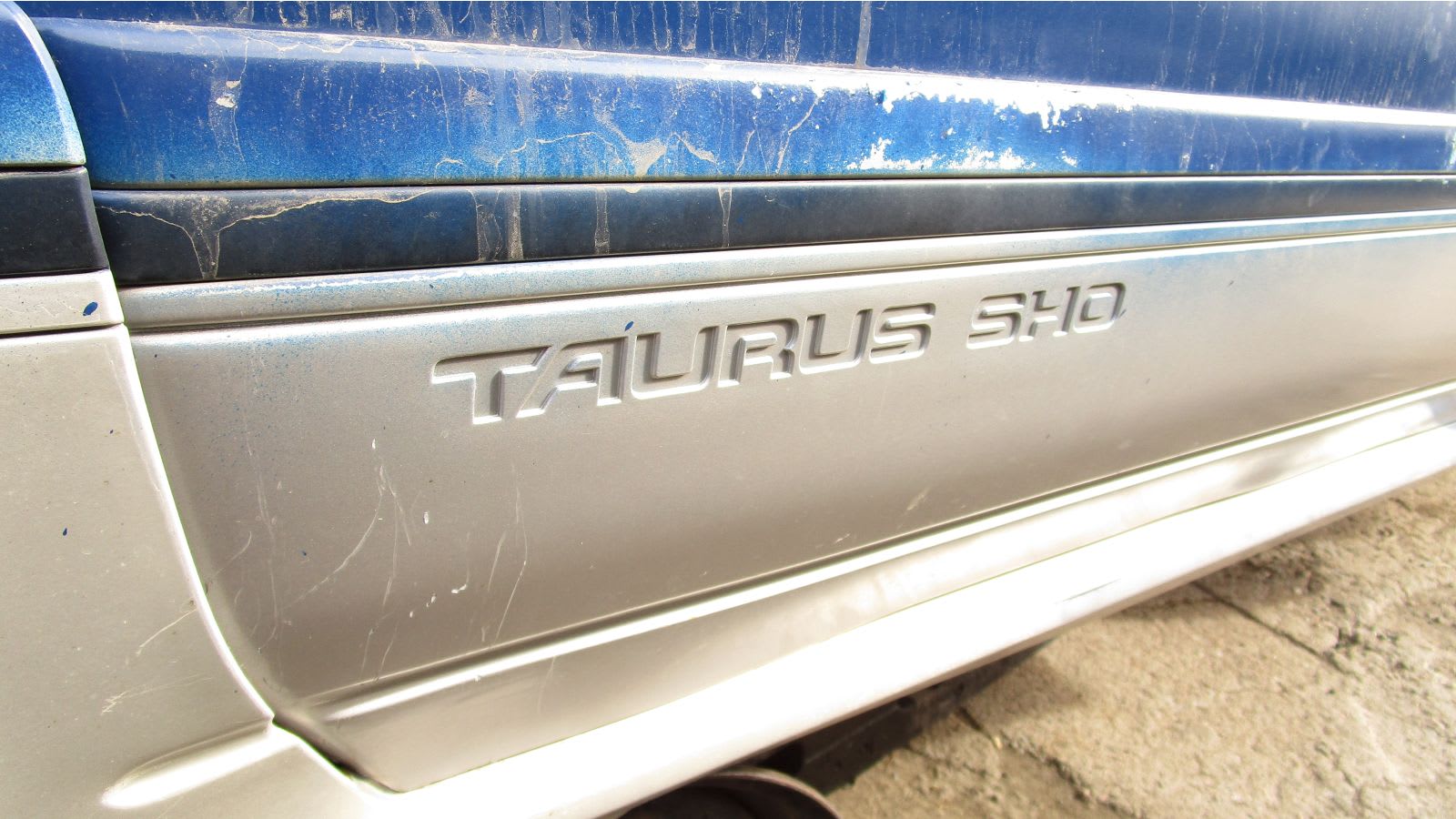 The plastic cladding and embossed SHO badges come right from the early-1990s-sporty-car playbook. 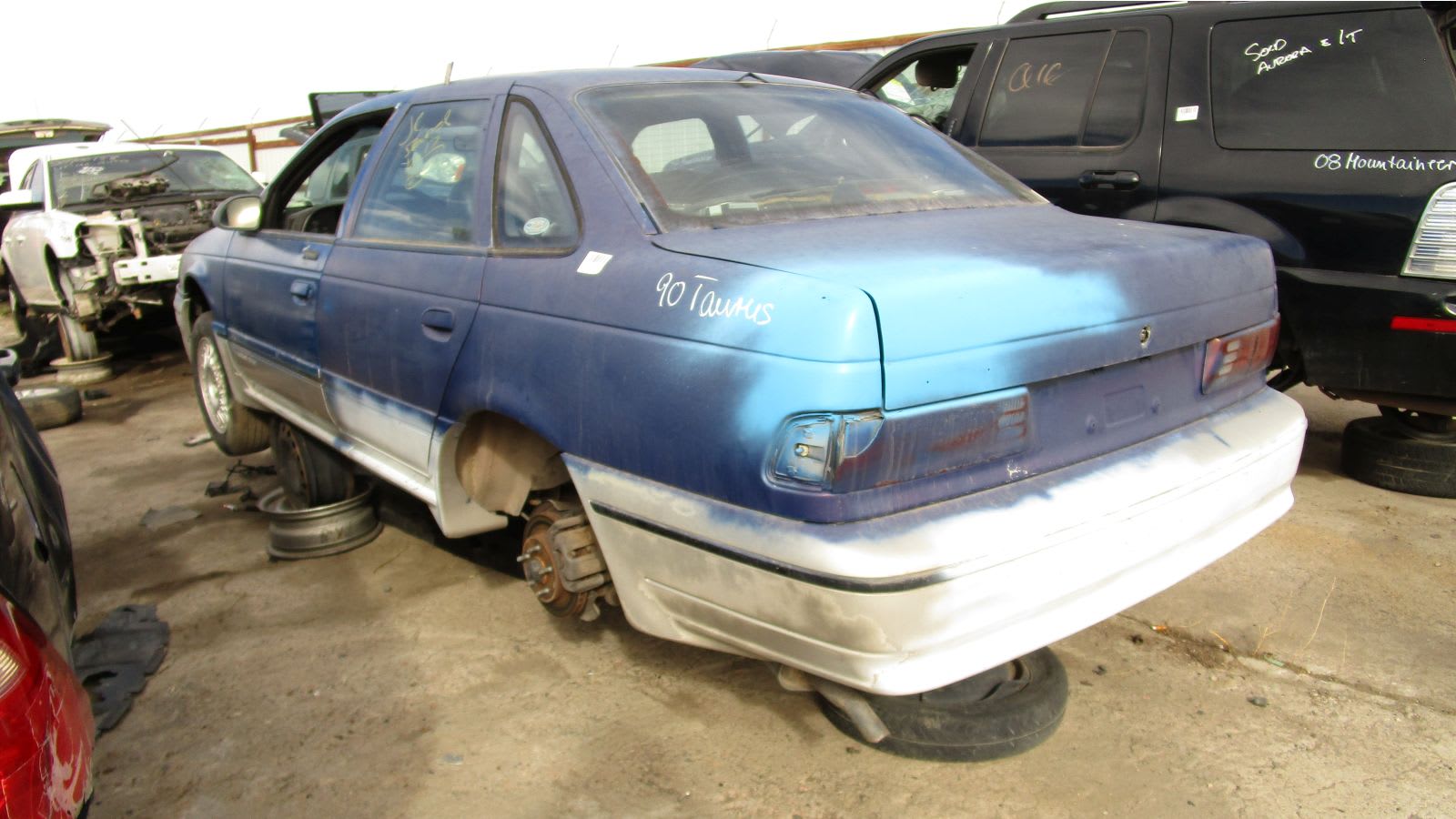 This car got a rattlecan paint job by one of its later owners, ensuring that its next mechanical failure costing more than a C-note to fix would be a death sentence. 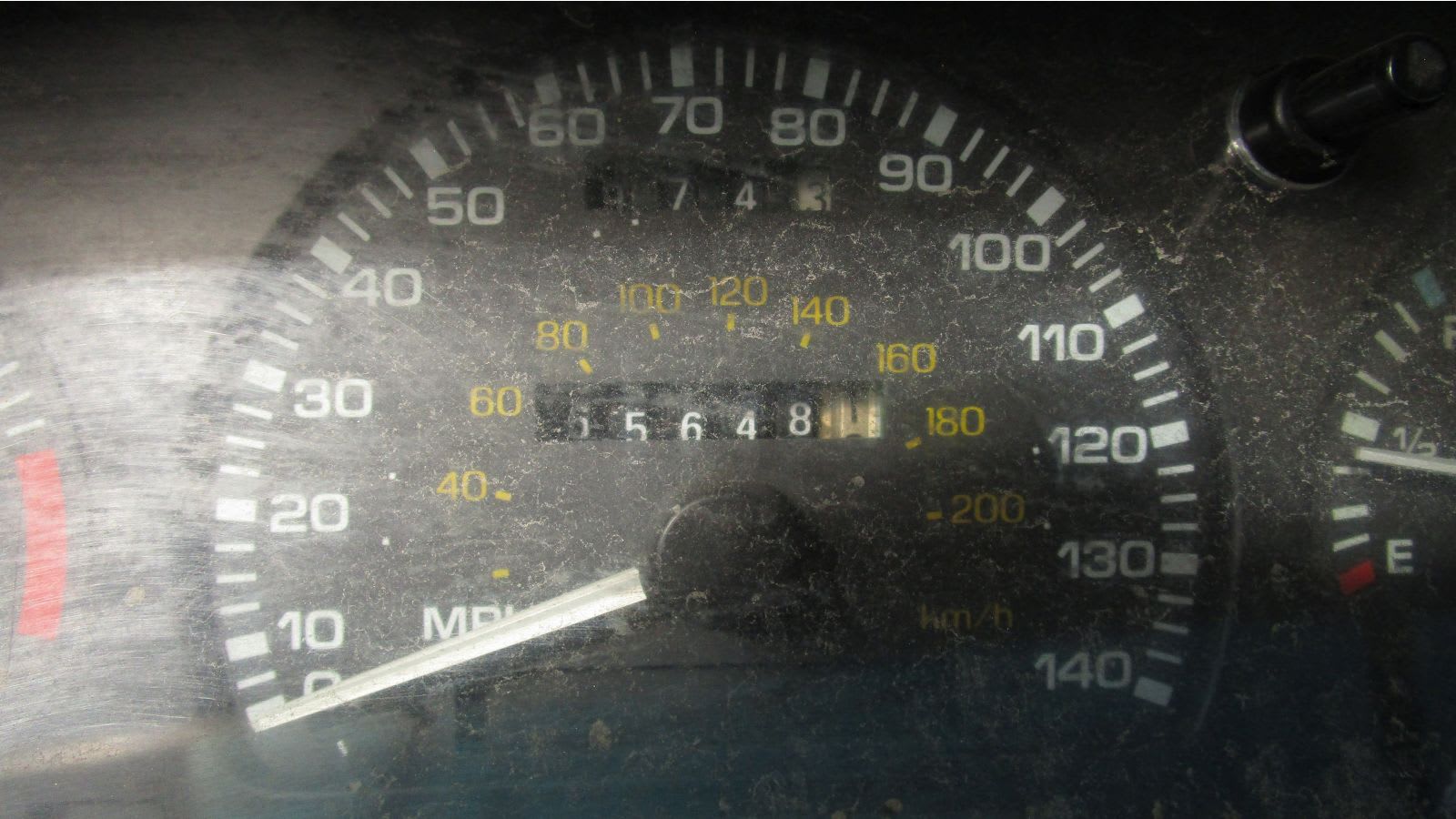 Ford hadn't quite made the switch to six-digit odometers in 1990, so we don't know the real mileage total for this car. I'm guessing that it's 155,648. 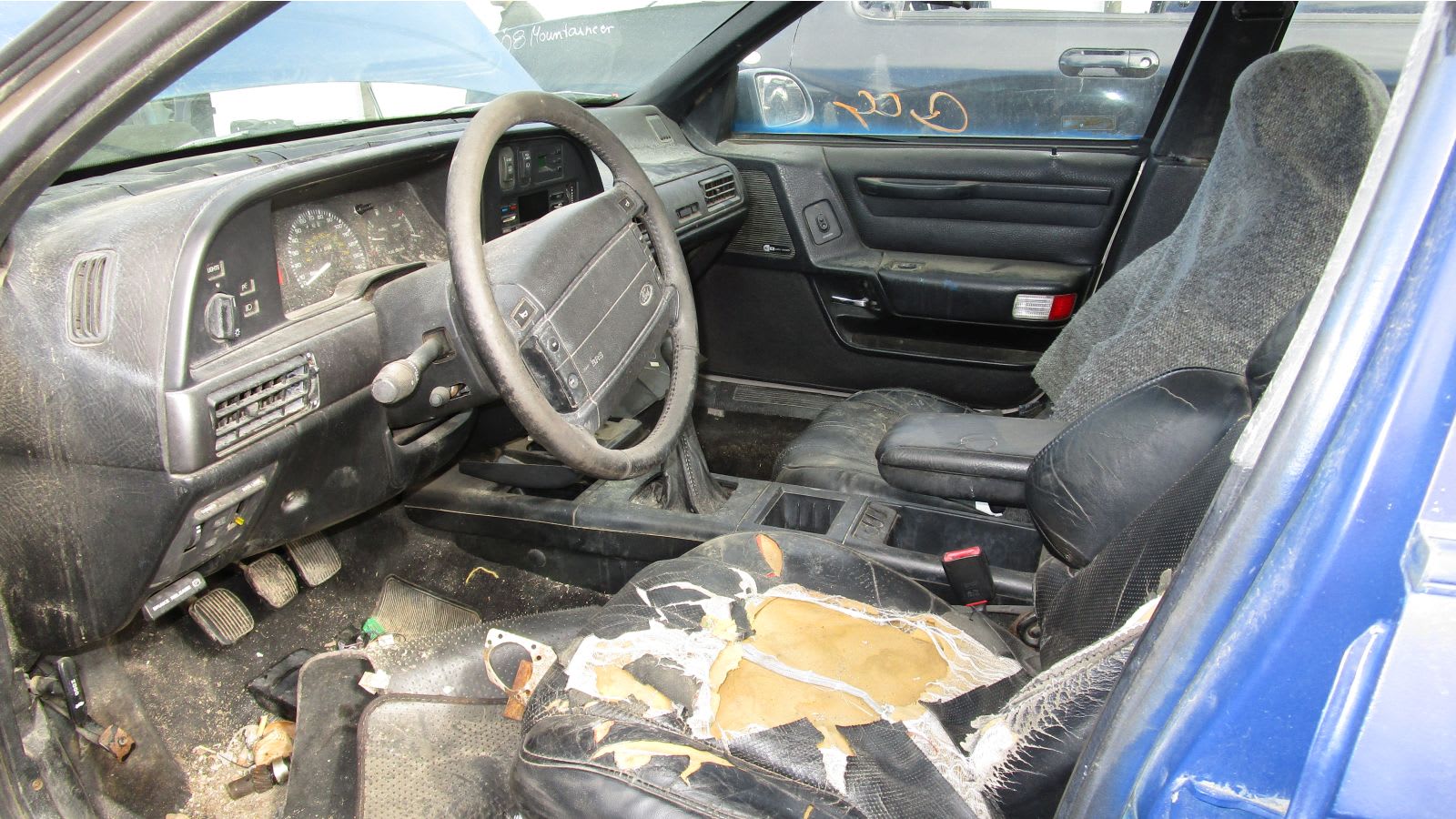 With this trashed interior, a restoration wouldn't have made much sense. Someone could have made a fun track-day car out of this one, even with the transmission's tendency to fail on a road course. 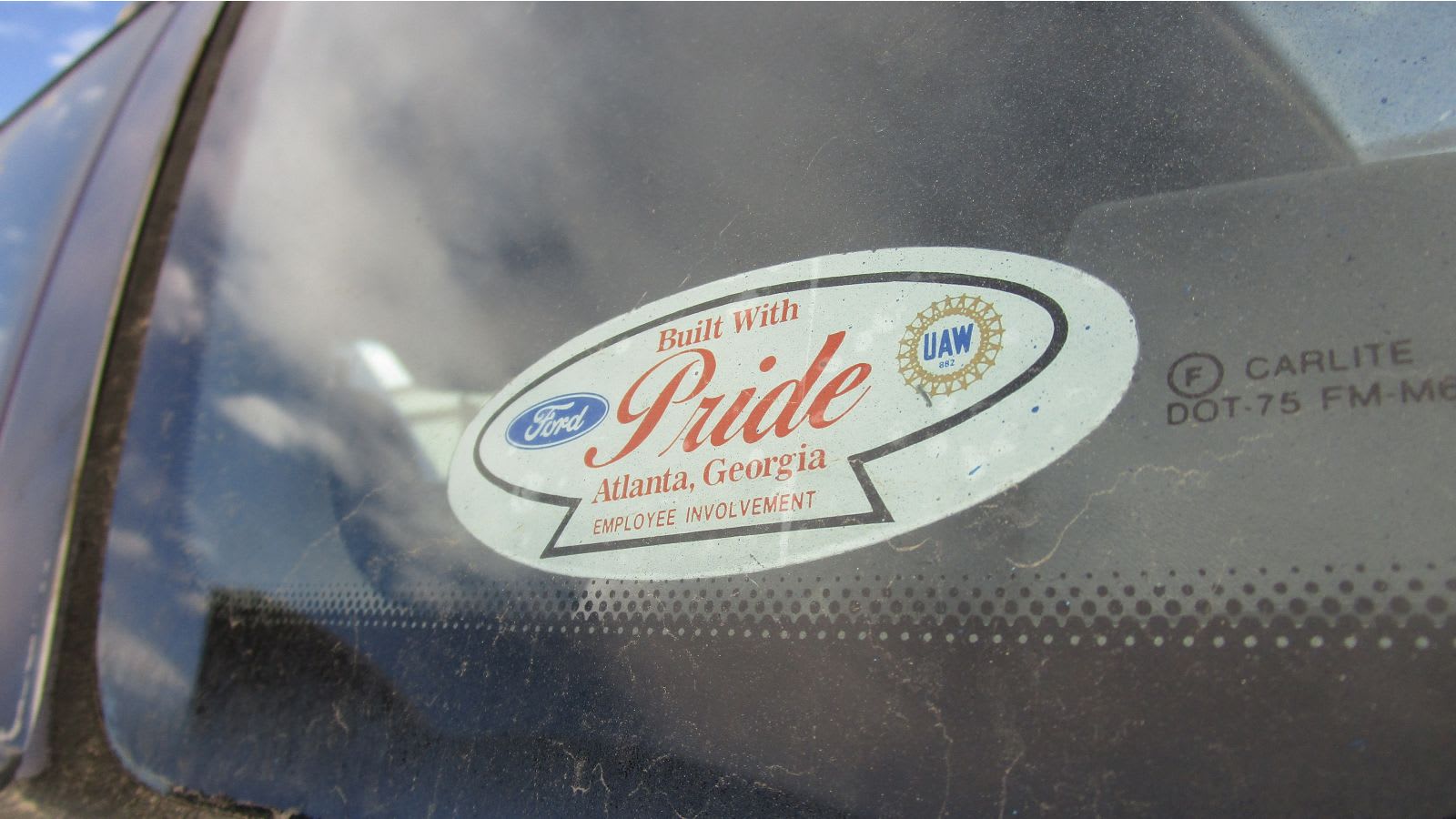