Its engine and bodywork were both altered for the achievement

Tony Markovich
When buying a car, the word "custom" can be a red flag for potential headaches caused by some backyard mechanics' inept work. But in the case of this BMW M1, its customization is what makes it so special and valuable to potential buyers. Its unique bodywork and twin-turbocharged engine were the result of a collaboration between driver Harald Ertl and British Petroleum in an effort to break the 300 km/h mark back in the early '80s. They accomplished their mission then, and the car is for sale now.

Before any alterations, the M1 came out of the factory already a head-turner and performer. It was styled by Giorgio Giugiaro and ItalDesign, and its mid-mounted BMW Motorsport six-cylinder made a claimed 277 bhp. It was good enough for zero-to-60 passes in 5.5 seconds and a top speed of faster than 160 mph. At the time, it was the fastest street-legal German sports car available.

Ertl, an Austrian journalist with a wicked mustache, slowly climbed the racing ranks in the '70s. After competing in German Formula VEE, Super Vee, and Formula Three, he won the Tourist Trophy for BMW in the touring car series at Silverstone in 1973. In 1975, he broke into Formula One with Hesketh Racing. His F1 career lasted until 1980, and he started in a total of 19 races. Some may know him as one of the people who helped pull Niki Lauda from his fiery crash. 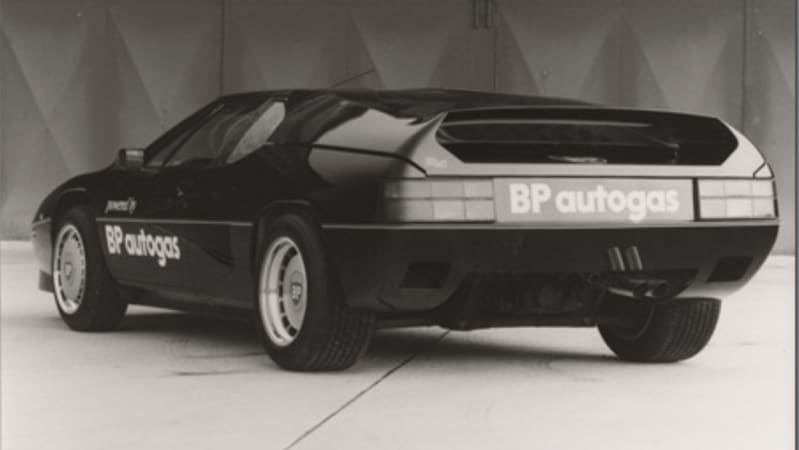 In the early '80s, the M1's and Ertl's worlds collided. Ertl decided he wanted to break 300 km/h and wanted to do it in the hi-po BMW. He found a partner in BP, which was looking to promote its Liquefied Petroleum Gas (LPG) called Autogas.

To achieve such a mark, they would need to modify the car physically and under the hood. They turned to Gustav Hoecker Sportwagen-Service GmbH to add twin turbochargers, which pushed the car to about 410 bhp. The exterior was altered to achieve better aerodynamics and cooling. It had a much chunkier rear, with massive side air scoops, and a body kit that gave the car a much larger presence. On October 17, 1981, Ertl reached 301.4 km/h, or 187.3 mph. Unfortunately, Ertl died shortly after, in 1982 at age 33, in a plane crash.

This M1 has been out of the public eye for decades, as COYS says the last time it was on the market was in 1993. More valuable than ever, the car will be auctioned off as part of the COYS Techno Classica in Essen, Germany, on April 13.
X