Yes, it's fast, but will it get here fast enough?

I've been told this by various Tesla employees over the years while sitting in the entire lineup of the company's cars. So I was surprised that it wasn't uttered again while I sat in the Tesla Model Y during a quick drive up and down the streets adjacent to Tesla's Design Studio. But it's true, and this latest vehicle continues the tradition.

The newest Tesla didn't disappoint off the line. With a zero to 60 potential of 3.5 seconds, the dual-motor variant of the vehicle they drove us in was quick. It kept me glued to my seat as it burned through electrons. There's no Ludicrous mode, but its acceleration should keep its future owners happy. Because I was in the rear passenger seat instead of behind the wheel, it's tough to gauge how well it handles. But there was no overt body roll during a short slalom test, and I suspect once we get our hands on one, it'll slot somewhere between the Model 3 and Model S when hitting up mountain switchbacks.

The electric crossover shares many of the same attributes as the Model 3. In addition to the battery pack, the interior is almost exactly the same. It even shares the seats found in the sedan. It's almost completely devoid of knobs and buttons. To control most aspects of the car you either use the controls on the steering wheel, the two stalks on the steering column or the massive 15-inch touchscreen in the middle of the dashboard. Unlike the Model 3, it sits horizontally and at night is the only illuminated item in the cabin. 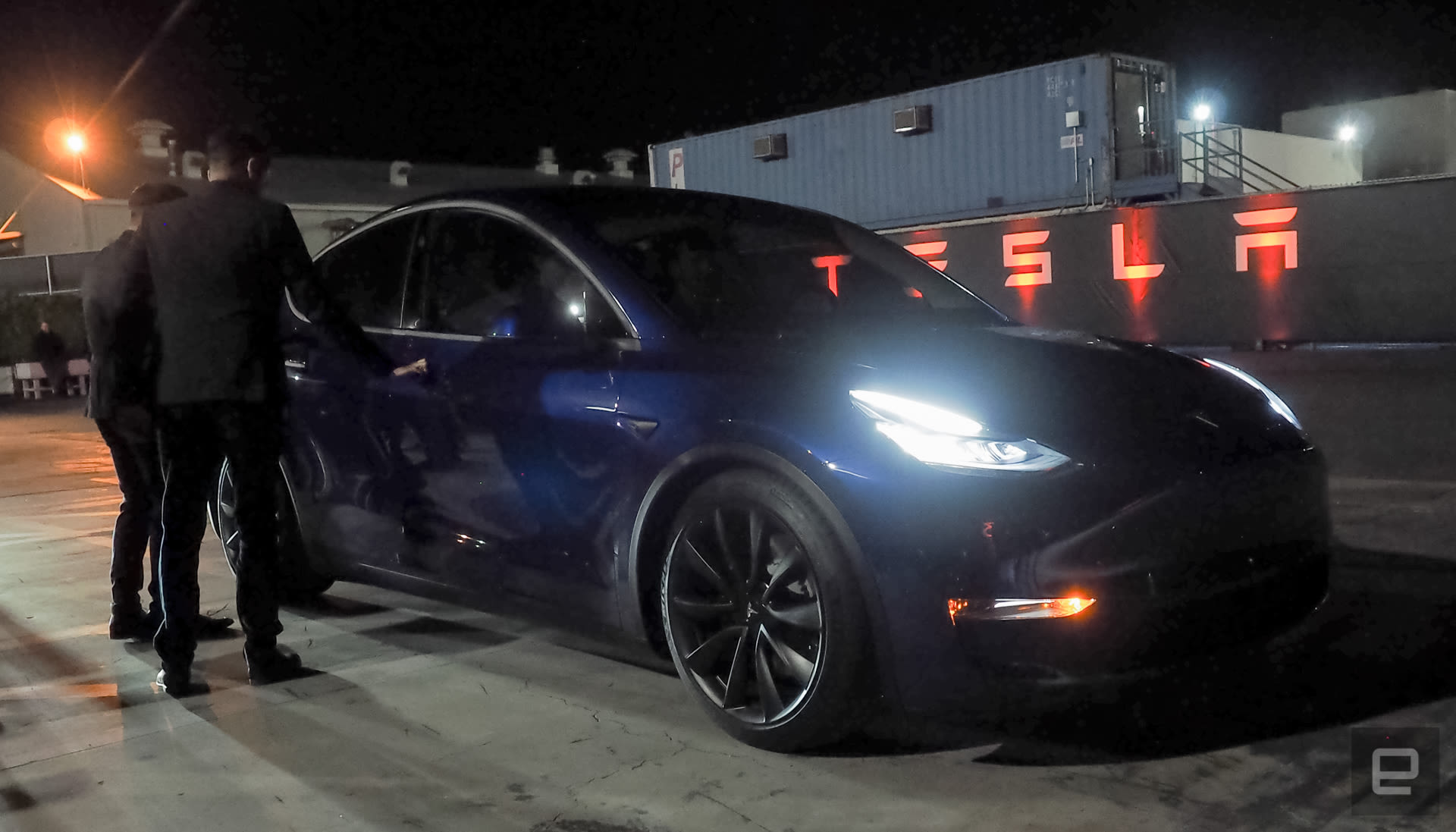 The seats felt comfortable and are more utilitarian than those in other Teslas. The back seats are split folding and enlarge the rear cargo space to 66 cubic feet, according to the company. While the Model X was all about the future, the Model Y needs to be about what people are expecting from their cars right now. Lots of room for people and stuff, and a higher sitting position.

The Model Y hits those needs with the usual Tesla eye towards the future.

Starting at $39,000, the standard range Model Y (which is expected to arrive in spring 2021) is competing directly with the impressive Hyundai Kona EV. But between now and fall 2020 when the rest of the lineup (rear-wheel long range and dual-motor performance and long range) is slated to be delivered to customers, a lot could happen in the EV world. Tesla no longer has the benefit of being the only real player. There are new cars being announced by automakers every few months, and by time the Model Y is here, it's going to be a crowded space.

Written by Roberto Baldwin for Engadget