Infiniti is pulling out of Western Europe, cutting models

It hasn't been able to compete there against the Germans

BEIJING — Nissan's premium brand Infiniti has announced it will exit Western Europe early next year, as it restructures its global operations and focuses on the world's top two auto markets.

Infiniti said it will discontinue the Q30 sedan and the QX30 sport-utility vehicle and cease their production by the middle of 2019 at Nissan's manufacturing factory in Sunderland, England. Both models are sold globally but produced only in Britain. The QX30 is sold in the United States.

The move comes as Infiniti seeks to divert its resources to markets with bigger opportunities, such as China and the United States, from a region where non-European premium brands are struggling to compete against local players such as Audi, BMW and Mercedes-Benz.

Nissan also recently scrapped plans to build its new X-Trail SUV in Britain amid the uncertainty surrounding Brexit, saying it had taken the decision to optimize its investments by building the next generation model in Japan.

"The commercial reality for Infiniti in Western Europe is that there is simply no visibility of a viable and sustainable business, especially given the regulatory challenges," he said.

Infiniti said an exit from Western Europe will allow it to focus on its initiative to electrify a good portion of its product portfolio from 2021 and discontinue diesel offerings.

The brand plans to focus more on its SUV lineup in North America, bring five new or significantly-redesigned vehicles to China over the next five years, improve quality of sales and residual value and realize more synergies with Nissan.

"This is all part of Infiniti's vision to become a top challenger brand in the premium segment," it said.

As it prepares to withdraw from Western Europe, Infiniti said it is working to find alternative opportunities for employees who would be affected, consulting with employee representatives where necessary and identifying opportunities for transition and training support where appropriate. 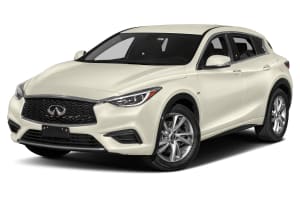