It still wears its original coat of red paint

By 1983, Datsun's Z car had gone through several major transformations. The engine displacement had grown, and it gained an optional rear seat as it moved on from its roots as a true sports car and into a personal luxury coupe. It also got an optional turbocharger for its straight-six engine, which bumped horsepower from 145 to 180. 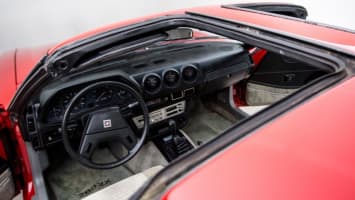 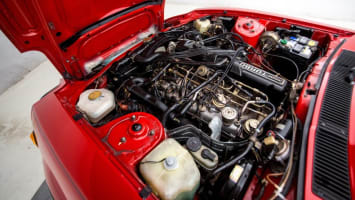 The well-kept 1983 280ZX Turbo seen up above is currently for sale on eBay. It's in good shape, too -- the seller says its red paint is original, and the T-Tops (which seal properly, according to the seller) provide perfect period style. This car's silver interior looks to be in pretty good condition, it has a proper five-speed manual transmission, and it shows a reasonable 104,000 miles on the odometer.

Plenty of enthusiasts derided the early '80s Z cars for losing their sporty edge. But sales were very good, and road tests of the era suggest a well-sorted 280ZX Turbo can go from 0-60 in a little over 7 seconds and do the quarter mile in the mid-15-second range. For its era, that was quite good. And even today, the Z's slinky profile is sure to turn heads.

The example seen here is priced at $14,950 and is located in Cedar Rapids, Iowa.