Watch a giant spider sneak into this Australian's car

Tony Markovich
The Mazda CX-5 is a Top Safety Pick+. It has a five-star NHTSA overall rating. It offers parking sensors, lane departure warning, and adaptive cruise control. But no amount of research and development, advanced technology, or automation can stop the sinister motives of a gigantic spider. This video proves it.

Posted to an Adelaide, Australia, Instagram meme account and sourced to Ben Toffoli, the video initially looks like any other traffic post. Maybe there was a cool car, an adorable pup, or somebody using "Autopilot" while sleeping. Wrong. It's much much worse. 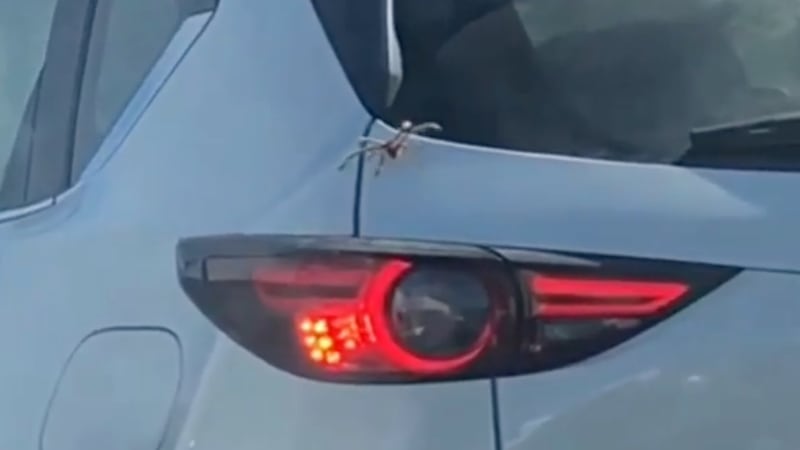 The videographer curiously zooms into the rear driver's side taillight, when a massive, long-legged spider reveals itself. It quickly skitters across the white paint to its next attempted entry point: the rear hatch. How's that for a scary panel gap?

There is likely no opening to get into the cabin of the CX-5, so the people inside should be okay. At least, until they're at the grocery store, need to put their Weet-Bix into the trunk, open the hatch, and the blood-sucking spider launches its attack.

Not that we're terrified of arachnids or anything.
X