Reese Counts
We're big fans of the Subaru Crosstrek — the lifted version of the Impreza hatchback — especially the new plug-in hybrid variant. So much so that one of us spent our hard-earned money on one. The rugged styling and extra ground clearance give it a little more character than the average hatchback. The second-gen model made its debut two years ago at the 2017 Geneva Motor Show. At this year's show, Subaru revealed the new Viziv Adrenaline concept, a good preview of what the next Crosstrek might look like.

Subaru says the Viziv Adrenaline uses the company's new "BOLDER" design philosophy. It's still obviously a Subaru, but the lines are sharper than what you see on the current production model. The Viziv Adrenaline packs LED lighting both front and rear, including six-dot fog lights that are mirrored on the rear bumper. White accents on the wheels and roof give it a handsome two-tone look, something that's becoming popular on compact crossovers like the Volvo XC40 and Toyota C-HR. 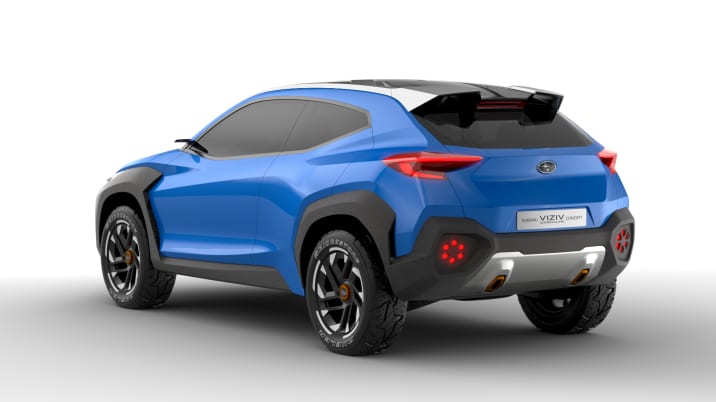 The idea is to make the models even more distinct than they currently are. Some have criticized the new Forester and Ascent for being a little too conservative. We don't know for sure that this is what the next-gen Crosstrek might look like, but based on the size and styling, it's hard to imagine that this is anything else.
X