Nissan has been busy with its electrified vehicles of late. Its cadence for revealing new production and show cars has been steady since the launch of the current-gen Leaf. Just in the past few months, we've seen the new Leaf Nismo RC race car and the IMs concept, and we've already driven the new, long-range Leaf Plus. Hot on the heels of all of that, Nissan is giving us yet another electrified vehicle, unveiled at the Geneva Motor Show, called the IMQ crossover concept.

The IMQ is the third concept to bear the "IM" initials of Nissan's Intelligent Mobility campaign, following the IMx crossover and the aforementioned IMs. Unlike the last two, which were 100 percent electric, the IMQ is a series hybrid using Nissan's e-Power technology. All four wheels are driven solely by electric motors, providing a total of 335 horsepower and 516 pound-feet of torque. Instead of plugging the IMQ in, though, it uses a 1.5-liter turbocharged gasoline engine as a generator to charge the battery.

This crossover is packed with technology, as we've come to expect from a concept. For one, it has a big, 33-inch digital display in the instrument panel to put various information directly in front of the driver. Above that is a smaller screen where the IMQ's Virtual Personal Assistant resides, which is happy to help control vehicle functions at your command. The vehicle also showcases Nissan's trippy Invisible-to-Visible technology that puts further information from outside the car in front of the driver's eyes using augmented reality (like providing the ability to "see" around corners). It also offers the virtual passenger avatar technology to keep you company. And of course, the IMQ benefits from Nissan's ProPilot driver assistance technology.

Like any other product that involves Nissan's design boss Alfonso Albaisa, this thing looks the business, too. Informed by Japanese design and incorporating futuristic tech, It makes use of interesting structure, form and materials. From the outside, it looks chunky and sculptural, as if carved from a block of stone and fitted with giant wheels. Those 22-inch alloys are wrapped in custom Bridgestone Connect tires, which monitor tire status and displays it to the driver. The car's floating roof finishes at the rear in a double, coattail-ish spoiler. With no B-pillar, the rear doors open rearward to create a huge opening to the inside of the vehicle.

Inside, the IMQ reminds us of the IMs concept from the Detroit Auto Show, with a spacious, lounge-like atmosphere, with individual seating, interesting materials and laser-cut, geometrical designs. "The IMQ's design combines traditional and modern Japanese influences and shows what's possible when future crossovers are powered by Nissan Intelligent Mobility," said Albaisa. "With the IMQ, the interior and exterior are seamlessly blended together, signaling what our design direction may be for Nissan's third generation of crossovers in Europe."

We can't wait to see what comes next. 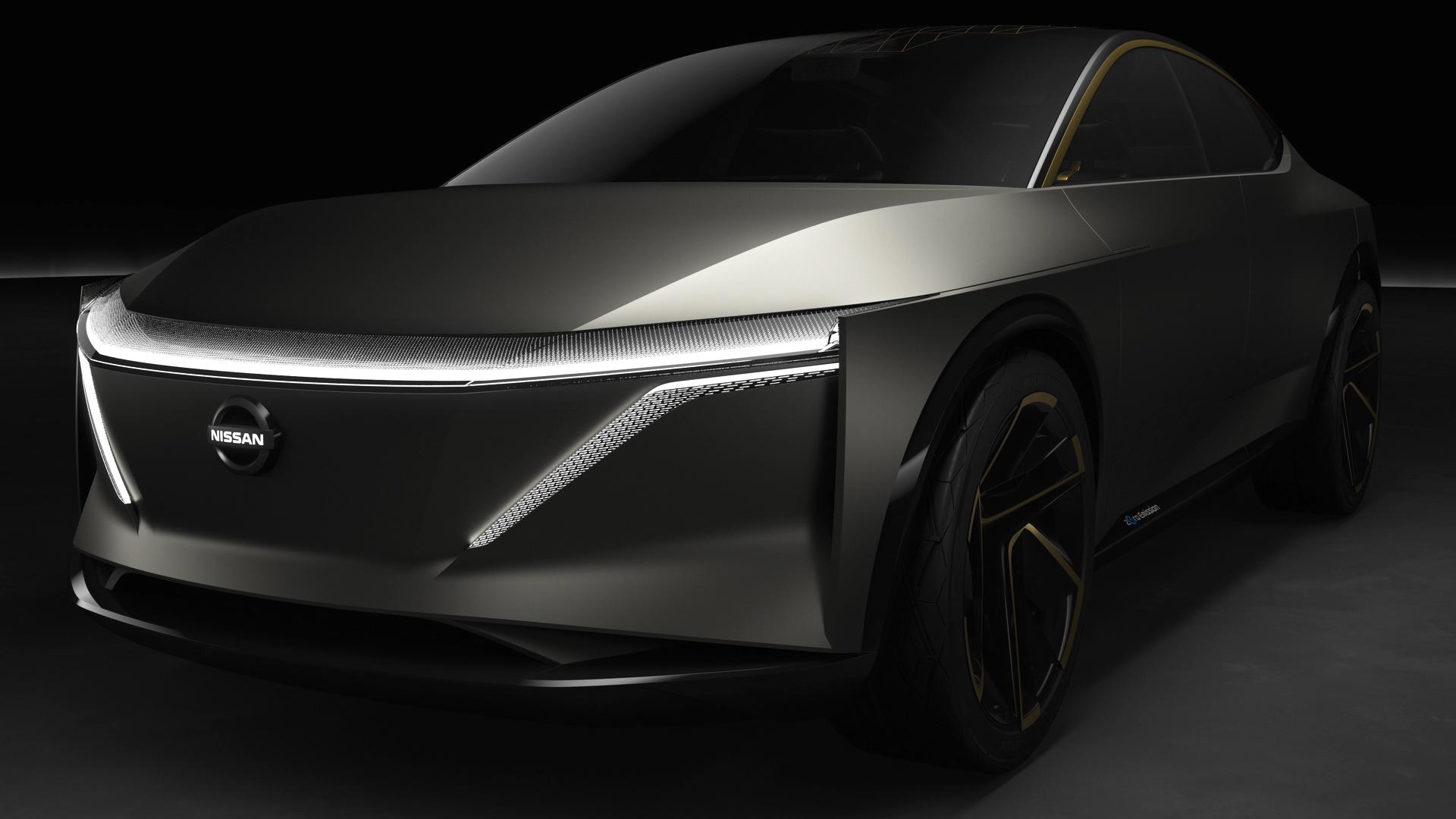