James Glickenhaus of Scuderia Cameron Glickenhaus says deliveries of the company's reborn Baja Boot will begin in May. With only a few months to go, more specs have been solidified, including the powertrain. A year ago, we were told to expect a 5.0-liter, naturally aspirated V8. No more. The two-door Baja Boots headed to customers this year will get one of two engines, either the General Motors 6.2-liter supercharged LT4 V8, same as in the Chevrolet Corvette Z06, or GM's 5.3-liter LT1 V8 with 460 hp from the standard Corvette.

According to the SCG site, the LT4 will be fitted in the two-door Boot meant for racing, and not road legal. That model stands 88 inches wide on a racing suspension with 22 inches of travel from coilovers and bypass shocks, making the Boot 1.5 inches wider than a Hummer H1. A race-prepped, three-speed Chevy Turbo 400 transmission handles the shifting, 14-inch Wilwood brakes do the stopping. The package sits on 37- or 40-inch tires, weighs 4,900 pounds, and comes with a fuel tank that holds more than 45 gallons for the lengthy Dakar stages owners will be tempted to tackle.

The 460-hp road-legal version is toned down slightly, but also ready to race, and legal in at least 49 states. It's four inches narrower, its four-wheel independent suspension omitting the external bypass shocks but still good for 19 inches of travel. GM's four-speed 4L80E transmission works the cogs. Wilwood brakes on 12-inch calipers sit behind 17-inch wheels, there's a 45-gallon tank, it weighs 5,200 pounds, and range is said to be 400 miles on the highway, 200-300 miles off-road.

There were reports early on about selectable four-wheel drive, but none of the renderings of the latest four-door boot show a second lever for a transfer case. It's possible that some Boot versions will be constant 4WD. The renderings do show vents, though, so air conditioning and heating look to have survived the production spec.

Pricing has gone up a bit from our last telling. Two-door models, which come with only two seats, will go for roughly $258,000. The four-door models on sale next year will come fully loaded and cost $287,500. The extra portals mean two extra seats, and because front seats are mounted inboard, SCG says rear passengers have less chance of getting motion sickness since they can see out the windshield. A Level 6 armor package will be offered for an additional $166,750, in case of ... the Congo.

This year's production is nearly sold out, with just one Founders Edition racing two-door and one road-legal two-door left. Of the 20 production slots for next year — sold as 2021-model-year vehicles — 17 remain open.

To demonstrate the Boot's prowess and connect the circle with its past, SCG will drive a road-and-race version of the Founders Edition two-door soft-top Boot from SCG's New York factory to this year's Baja 1000 in November, race, then drive back to NY. Boot owners who want to race the Baja in 2020 can pay for SCG's arrive-and-drive package, and get full support from the Scuderia team during the race. SCG will host owners who merely want to spectate with a luxury drive-and-relax package that includes pre-running the course. 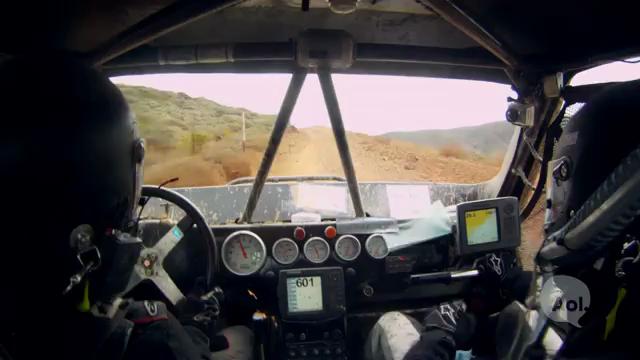