The Elevate EV can reach your door

Antti Kautonen
Last week Hyundai released some teaser material of its walking Elevate concept, designed to negotiate "treacherous" areas a conventional wheeled vehicle would struggle to get ahead. At CES 2019, the UMV – for Ultimate Mobility Vehicle – saw its official debut.

Hyundai calls the Elevate EV the world's first vehicle with moveable legs. It still has wheels, too, but they are attached to the ends of what can only really be described as legs, so that the vehicle can find footing on collapsed and destroyed ground after an earthquake, a hurricane or a flood. The leg architecture has "five degrees of freedom", according to Hyundai, as well as hub propulsion motors and actuators.

Crucially, it can also fold up to cruise at highway speeds, after scaling a five-foot wall or reaching over a five-foot gap, or freeing itself from snow. "Imagine a car stranded in a snow ditch just 10 feet off the highway being able to walk or climb over the treacherous terrain, back to the road potentially saving its injured passengers – this is the future of vehicular mobility", said designer David Byron from Hyundai's design partner, Sundberg-Ferar.

"When a tsunami or earthquake hits, current rescue vehicles can only deliver first responders to the edge of the debris field. They have to go the rest of the way by foot. Elevate can drive to the scene and climb right over flood debris or crumbled concrete," said John Suh, Hyundai vice president and head of Hyundai CRADLE, or Center for Robotic-Augmented Design in Living Experiences.

The symmetrically designed cabin can be swapped out depending of the application: in addition to a rescue vehicle, the Elevate can also be kitted out to function as a taxi, capable of reaching the front door of a brownstone with stairs, as shown in the slideshow. "This technology goes well beyond emergency situations - people living with disabilities worldwide that don't have access to an ADA ramp could hail an autonomous Hyundai Elevate that could walk up to their front door, level itself, and allow their wheelchair to roll right in – the possibilities are limitless", continued Suh. 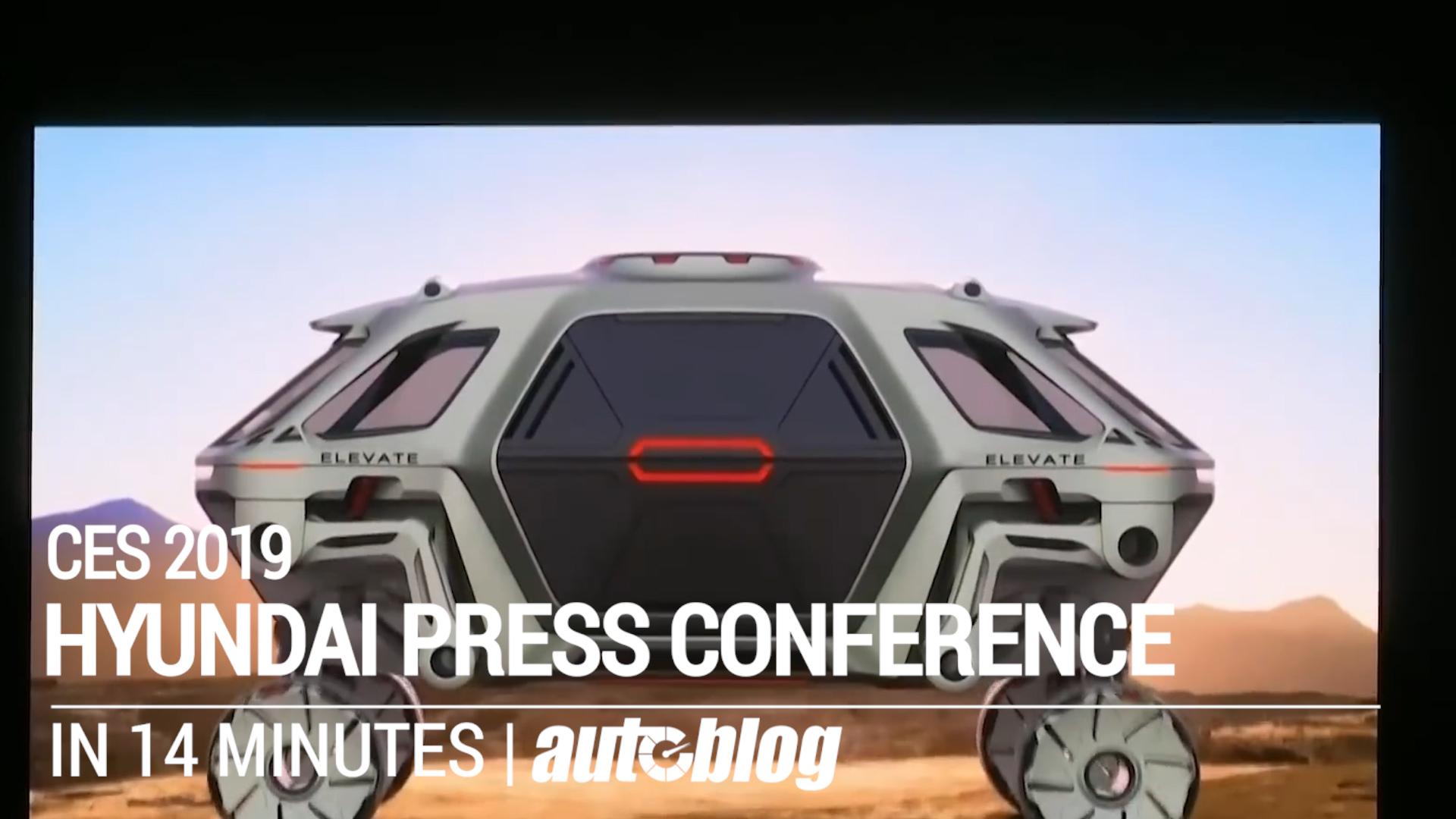