Reese Counts
Every fall, we line up a range of new models with the latest and most compelling automotive technology from the past year. We test everything from semi-autonomous systems like Tesla's Autopilot to trick suspension setups like the Multimatic spool-valve shocks on the Chevy Colorado ZR2. We spend months paring down the list to a small group of contenders. After testing, dinner and healthy debate, we tally up the votes and name our winner. For Autoblog's 2019 Technology of the Year Award, our three finalists are the Cadillac CT6 with Super Cruise, the Infiniti QX50 with Variable Compression Turbo and the Mercedes-AMG E 53 with EQ Boost.

Super Cruise is an advanced SAE Level 2 semi-autonomous system, though Cadillac (unlike some of its rivals) is reluctant to push that point. Cadillac would like you to think of this as an advanced driver assistance feature rather than a semi-autonomous system. Super Cruise allows completely hands-free highway driving. Thanks to a driver-facing camera, the system forces the driver to keep his or her eyes on the road even if hands are off the wheel. Although the CT6 is being discontinued, look for Super Cruise to make its way to other Cadillacs soon.

VC Turbo is a little more complicated. Basically, Infiniti's 2.0-liter turbocharged inline-four can vary the compression ratio on the fly. In general, turbocharged engines are more efficient than naturally-aspirated engines when on boost, but can perform worse at low revs. VC Turbo allows for a best-of-both-worlds situation, increasing the compression at low revs and backing it off once the turbo spools up. The best part is that it does so seamlessly, with only a dash readout letting you know what's going on under the hood.

Our third finalist is the EQ Boost 48-volt system in the Mercedes-AMG E 53. Like VC Turbo, EQ Boost does a lot just beneath the surface. Mercedes has developed a new turbocharged 3.0-liter inline-six and paired it with a small electric motor. While the car can't run on electricity alone, the motor helps improve both efficiency and performance, smoothing shifts and filling in low-end torque before the turbos spool up. Think torque fill, similar to a McLaren P1. Who can complain about better fuel economy and more torque? Look for the 48-volt system to make its way into most of the Mercedes-Benz lineup.

The winner will be revealed next week on Autoblog, and we'll present the award Jan. 15 at the Detroit Auto Show. 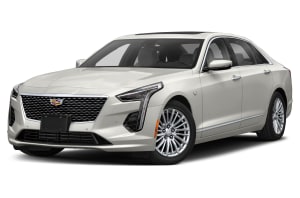