Zac Palmer
Byton revealed its electric SUV M-Byte Concept at CES last year, and it's coming to the 2019 show with a car that's more production-ready. The Chinese-backed startup wowed everybody with its otherworldly interior at the car's debut, and the teaser released today is a bit more of that. As we are to understand it, this photo previews an interior we'd be more likely to see in a car that is actually sold. In comparison to what we saw on the original concept, little has changed.

The giant high-resolution screen is still displayed proudly, stretching from one side of the dash to the other. We're not sure if it's the same 49 inches as before, though. What's around the screen has changed a bit. Its steering wheel is the same general shape, but the screen on it has gotten smaller. One could say Byton is literally reinventing the (steering) wheel, again. Physical buttons in the center information area appear more prominent and like those of a production vehicle. There are stalks protruding out of the steering column unlike before, and the dash even looks as if it's styled differently. Before, the emphasis seemed to be on symmetry and simplicity, but the design language has changed. It's unclear what the thing illuminated by the screen in the center is, but the angle hints at a more driver-oriented cockpit.

What's strange about that is we aren't necessarily meant to be "driving" Bytons, but rather, riding in them. Level 4 autonomy was boasted at the concept's debut, and while we don't expect Byton to reverse course on that, this dash is significantly different than what we saw on the M-Byte Concept. More details should become available at CES about how this car is shaping up. The steering wheel screen remains a massive question mark — is it safe to use? Can an airbag function as it should under all that? Is it all still hype, and will melt away come production time? We'll be on the floor at CES next week, so stay tuned. 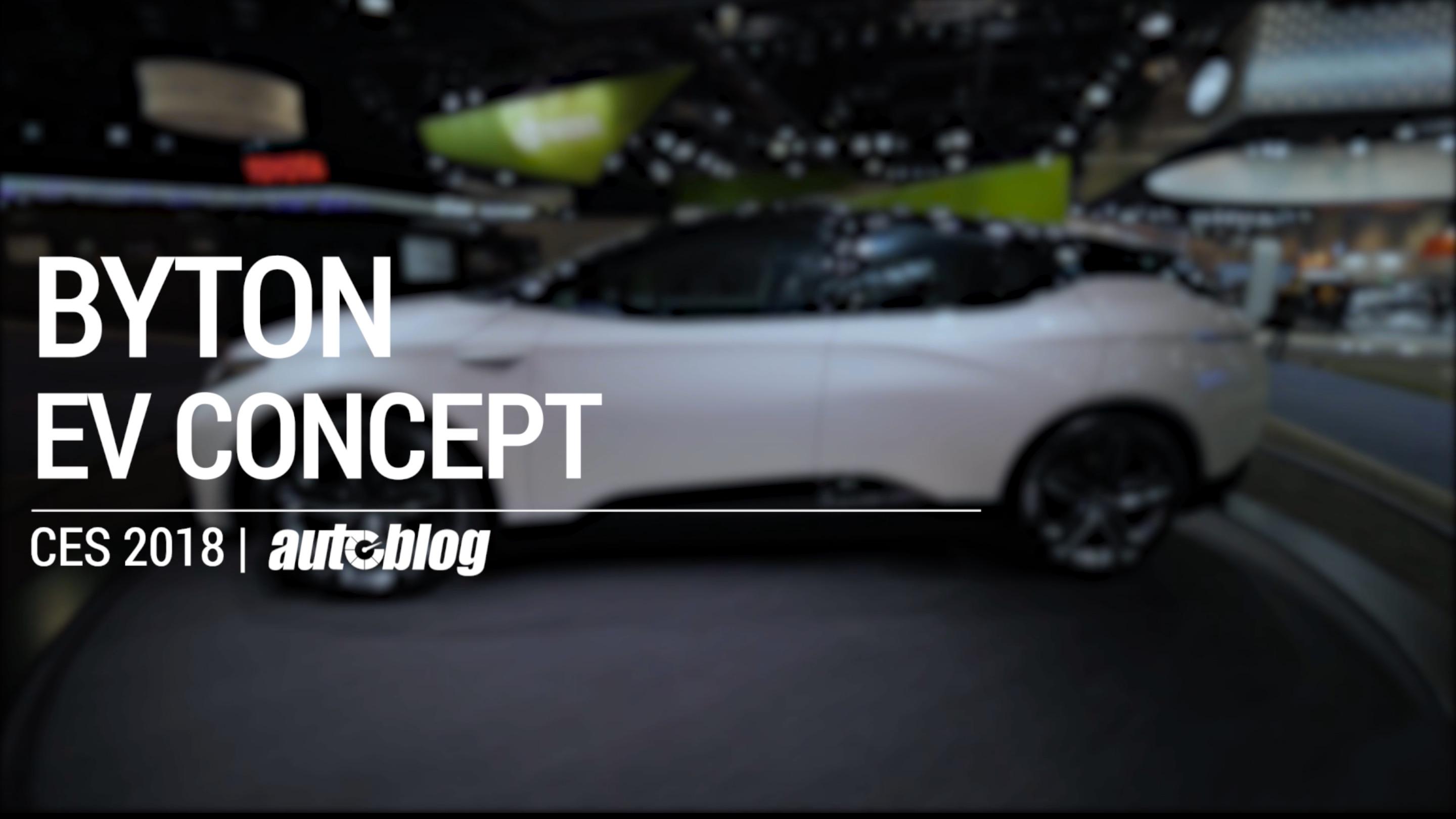