Living in Colorado and spending a great deal of time in Denver-area wrecking yards, I see Subaru wagons everywhere. Lots of Subaru wagons. Today's Junkyard Gem, however, is the first GL-10 wagon I've found in such an establishment. 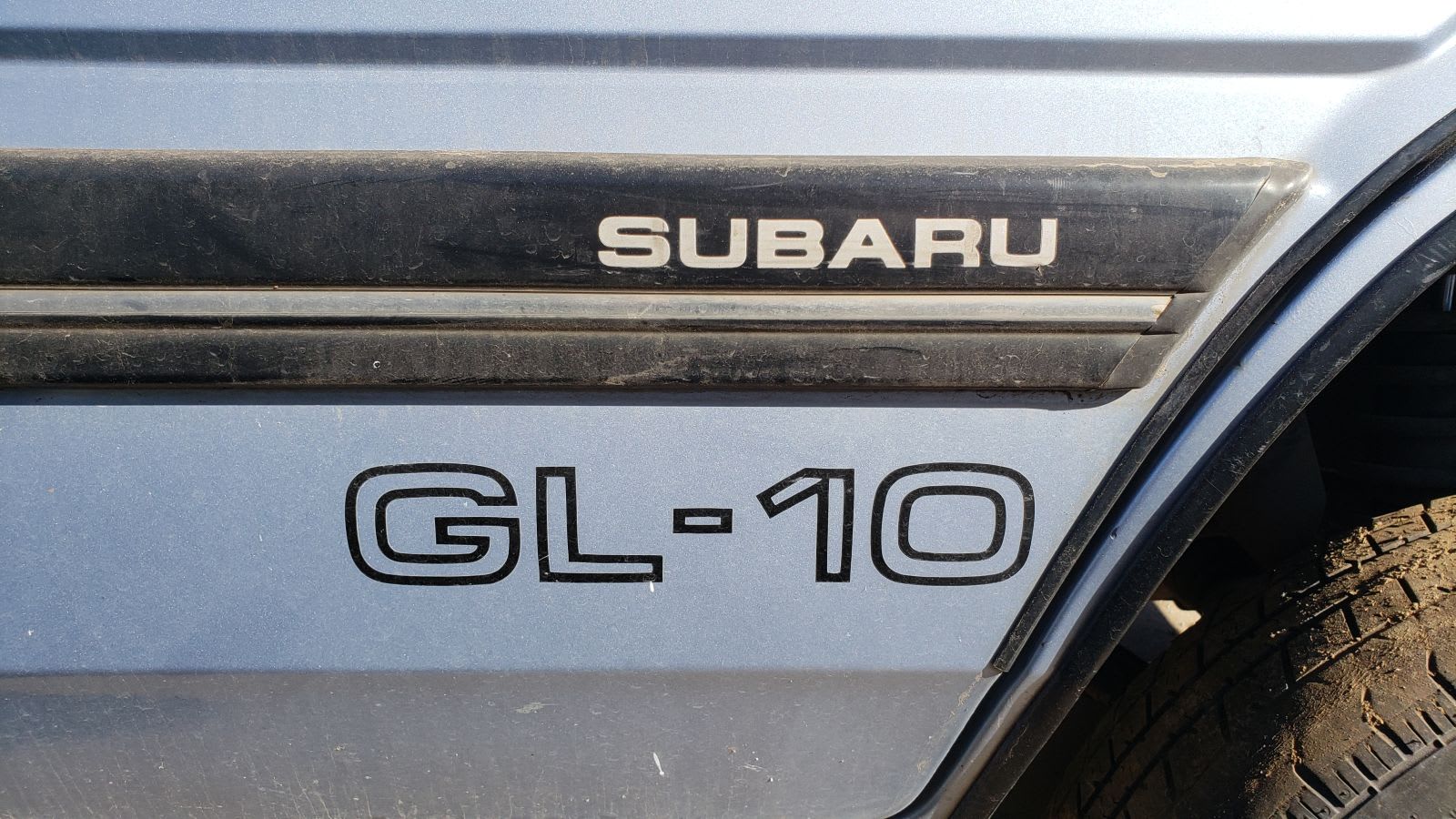 I can't find a definitive description of what Subaru buyers in 1987 got with their GL-10 (at the time, the Subaru Leone was sold in the United States as just "The Subaru" with a confusing babel of trim-level codes tacked on). These badges look cool, anyway. 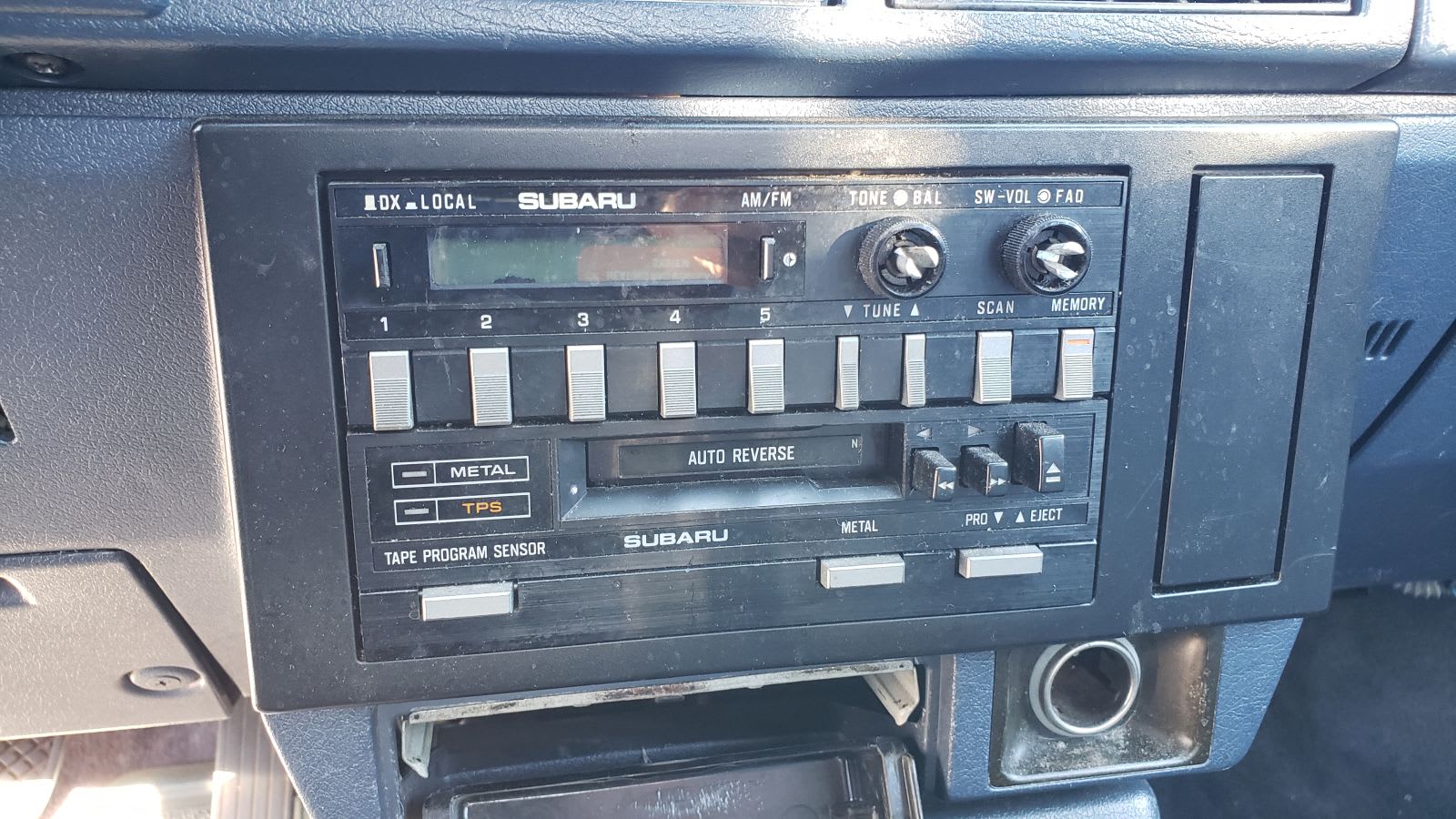 This cassette deck would have been considered serious stuff at the time, what with auto-reverse and automatic detection of the prestigious metal tapes that cost twice as much as ordinary cassettes. This car has air conditioning as well, a very rare feature on this generation of Leone. 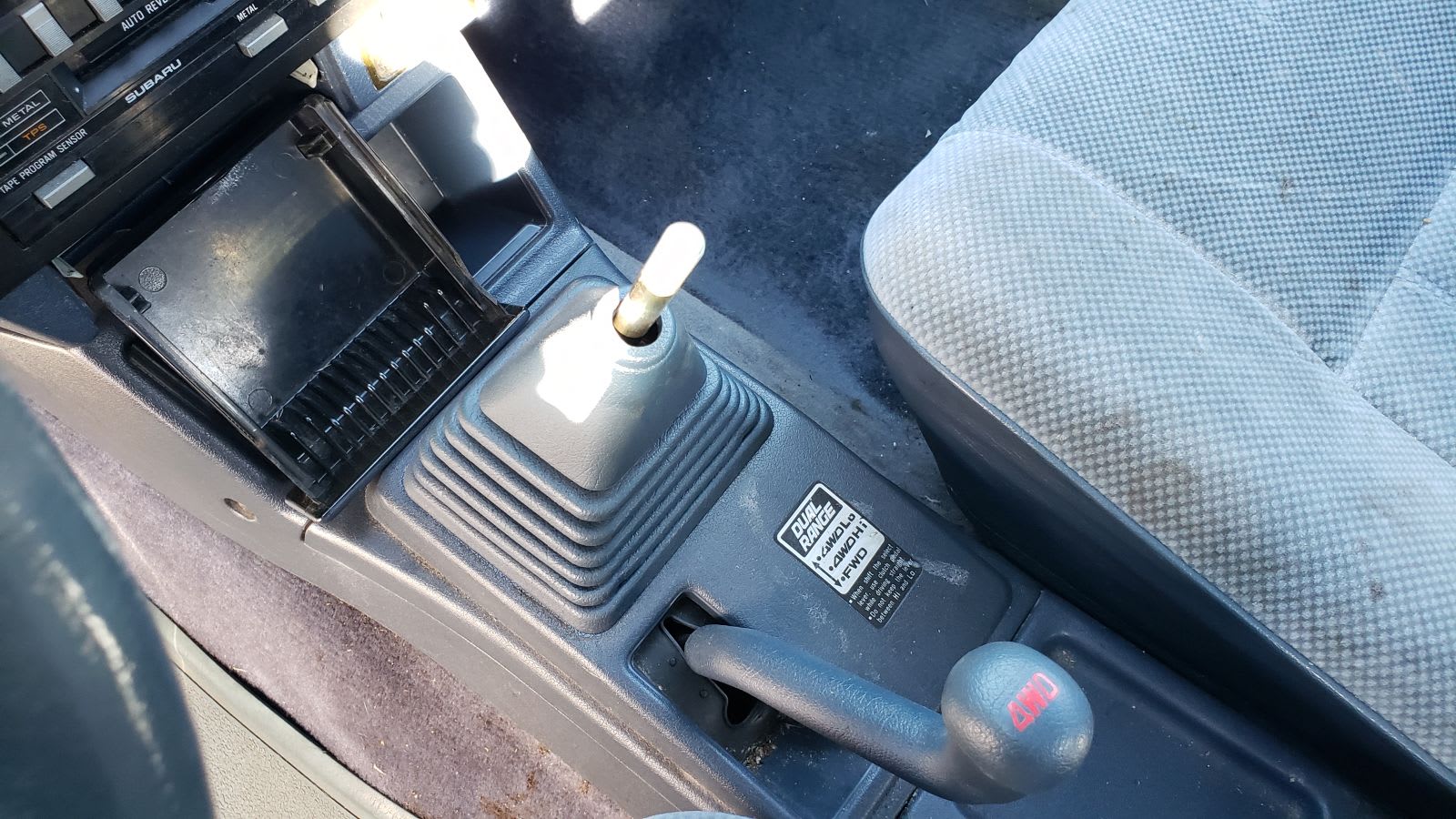 These cars were available with automatic transmissions, but nearly all of the 1980s Leones I find have three pedals. Four-wheel-drive ( real four-wheel-drive, including a low-range setting with manual drive selection) was a heavily-hyped Subaru option, not standard equipment, at the time. 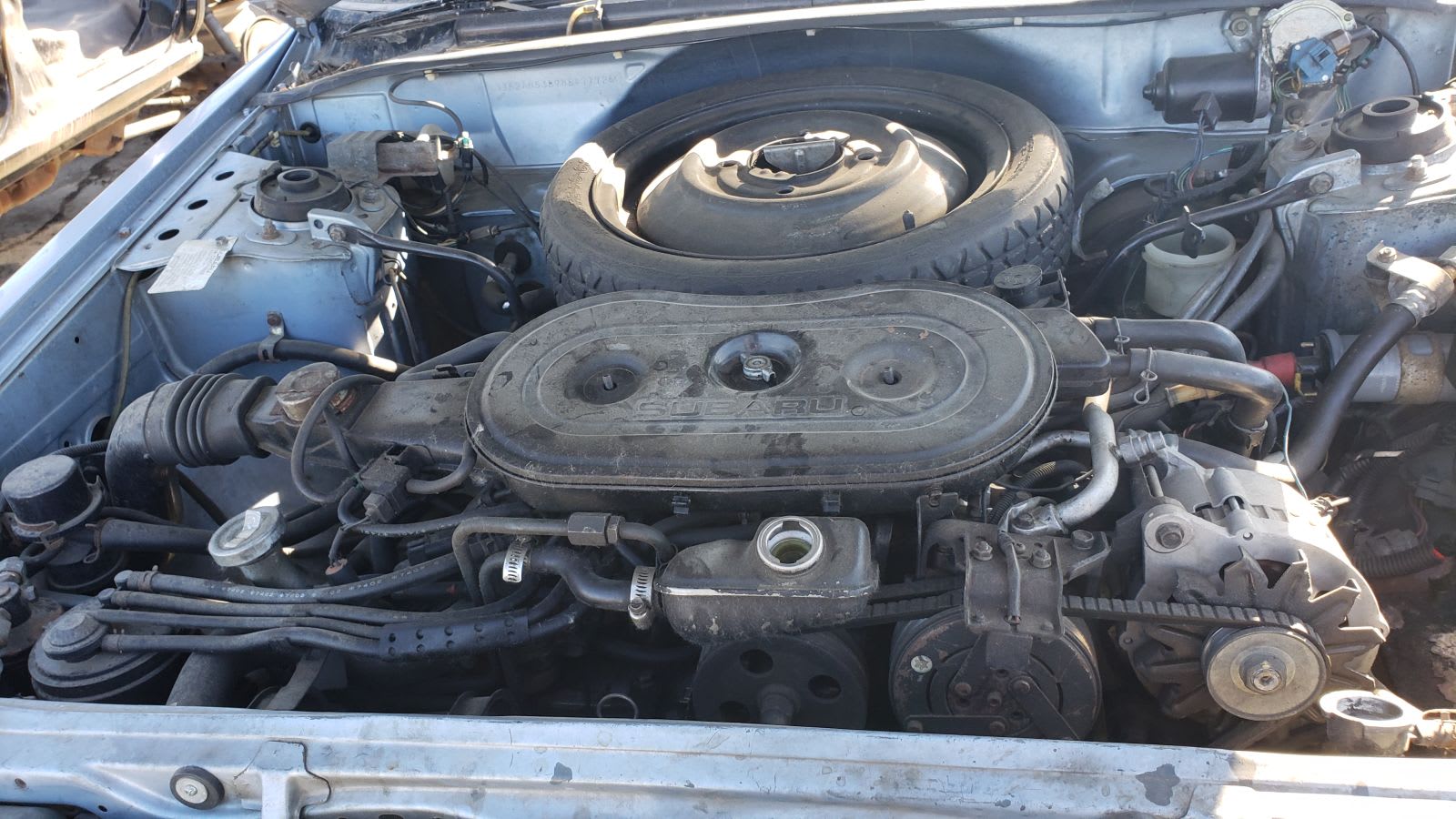 Under the hood is the boxer-four engine layout we've been seeing in U.S.-market Subarus since all the way back in 1971. This one displaces 1.8 liters and was rated at 90 horsepower. This car's archrival, the Toyota Tercel 4WD wagon, packed a mere 62 horses; prices for ordinary Tercel 4WD and Subaru GL 4WD wagons were similar, but the GL-10 package no doubt pushed the price up well above Tercel levels. 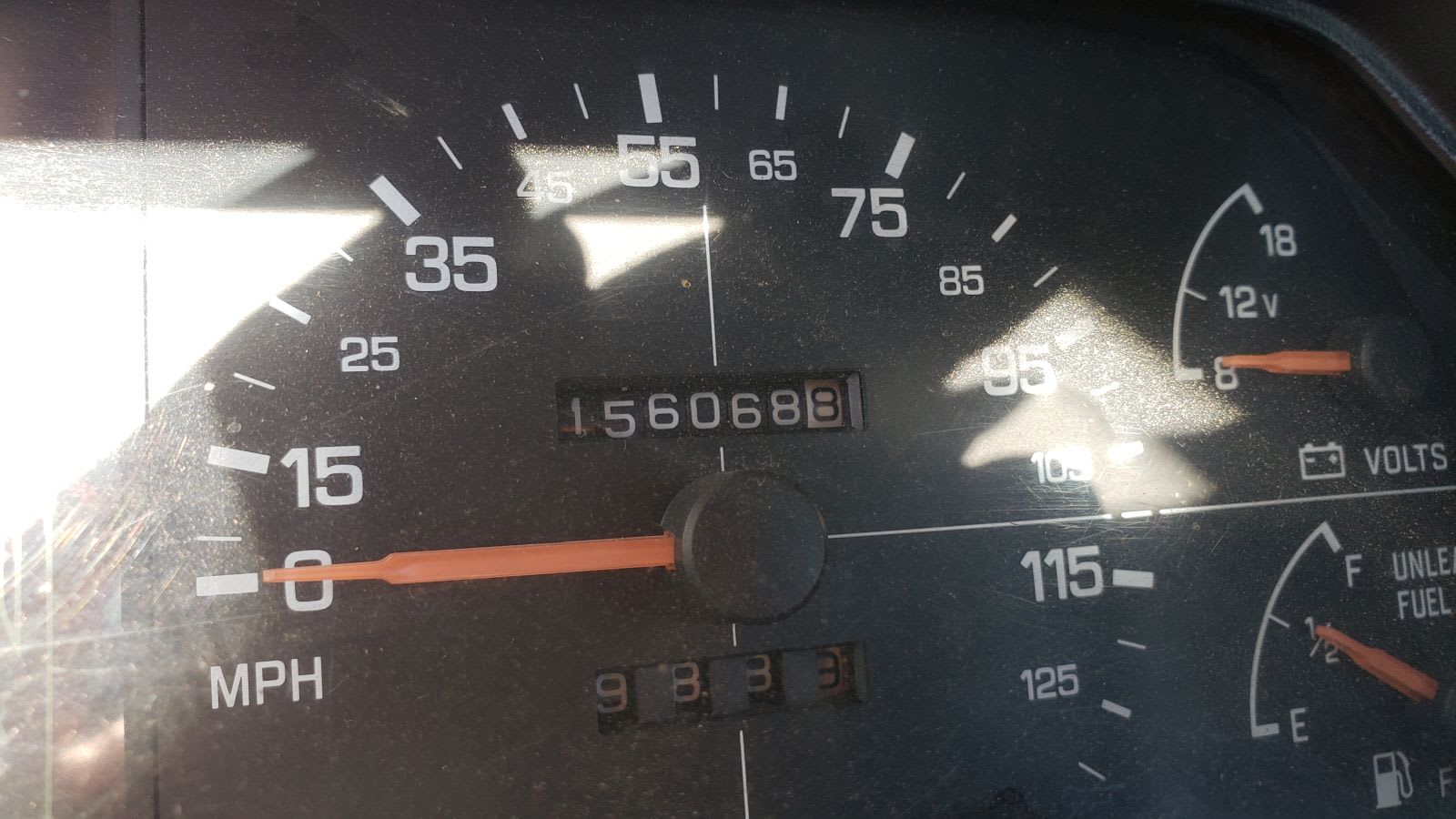 These cars weren't anywhere near as reliable as the Tercel 4WD (which, though sluggish, was nearly — but not entirely — impossible to kill) or the Honda Wagovan 4WD, but this one made it to a respectable odometer figure before being retired.

The GL-10 could be had with turbocharging and digital instrumentation, but this wagon has neither.