With its bulletproof slant-6 engine, this little wagon put in 54 years of service The Chrysler A Platform, built from the 1960 through 1976 model years for the North American market (and for a few years beyond that in Australia and Latin America), was one of Chrysler's greatest hits, if not the greatest hit. We know these cars best as the 1963-1976 Dodge Dart and the 1960-1976 Plymouth Valiant, and they established a reputation for reliability matched only by the likes of the Mercedes-Benz W123 diesel. I still see many of these cars during my junkyard wanderings, but A-Body wagons have become very rare. Here's a tattered '64 Dart wagon that I spotted in a self-service wrecking yard in San Jose, California. 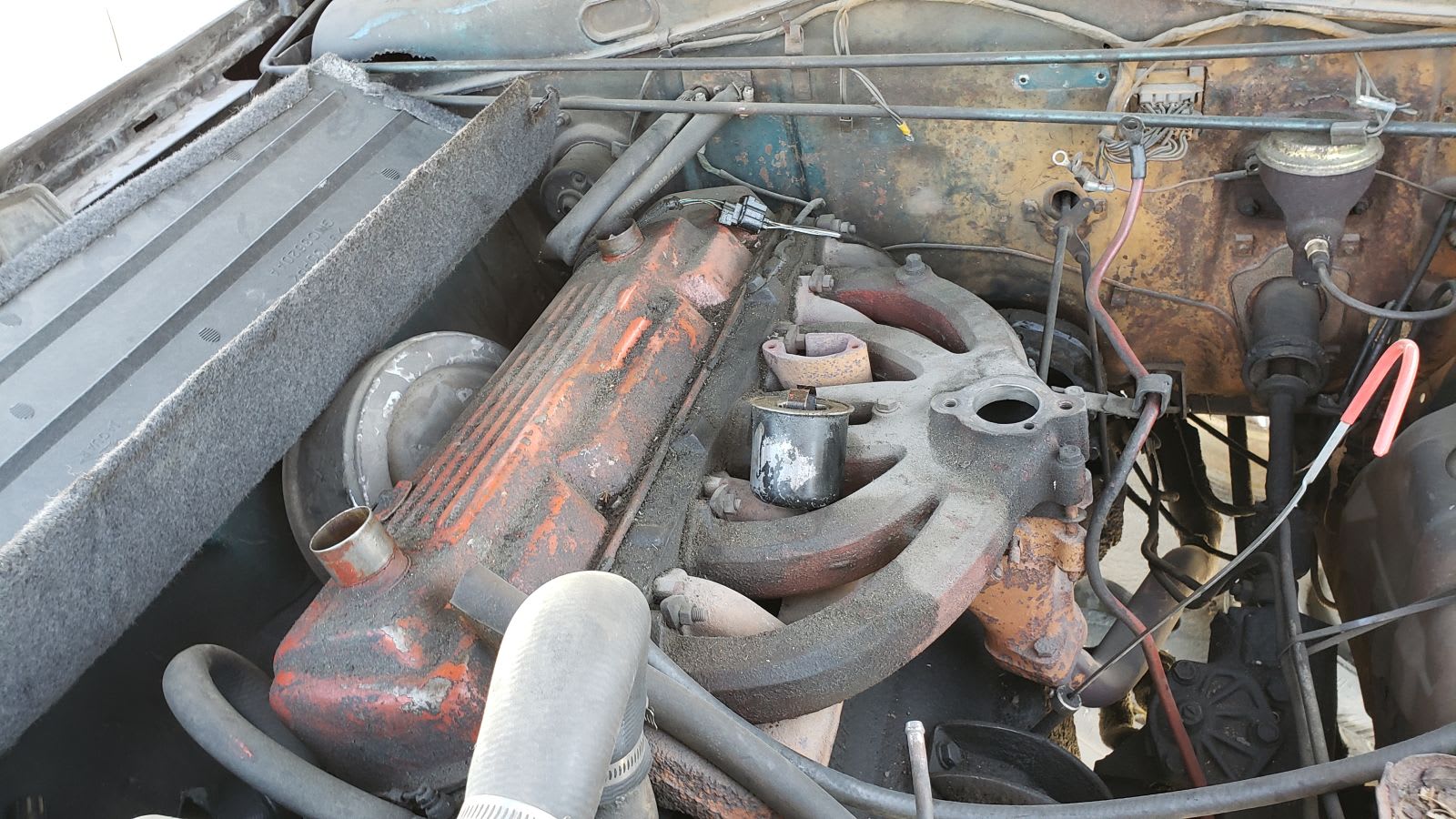 1964 was the first model year for factory-installed V8 engines in the Dart and Valiant (and the Valiant's sporty sibling, the Barracuda), and the 273-cubic-inch pushrod V8 was a sturdy powerplant indeed. The slant-6 engine, though less powerful, went into most of these cars, and for good reason: It was harder to kill than all the world's cockroaches and rats put together. 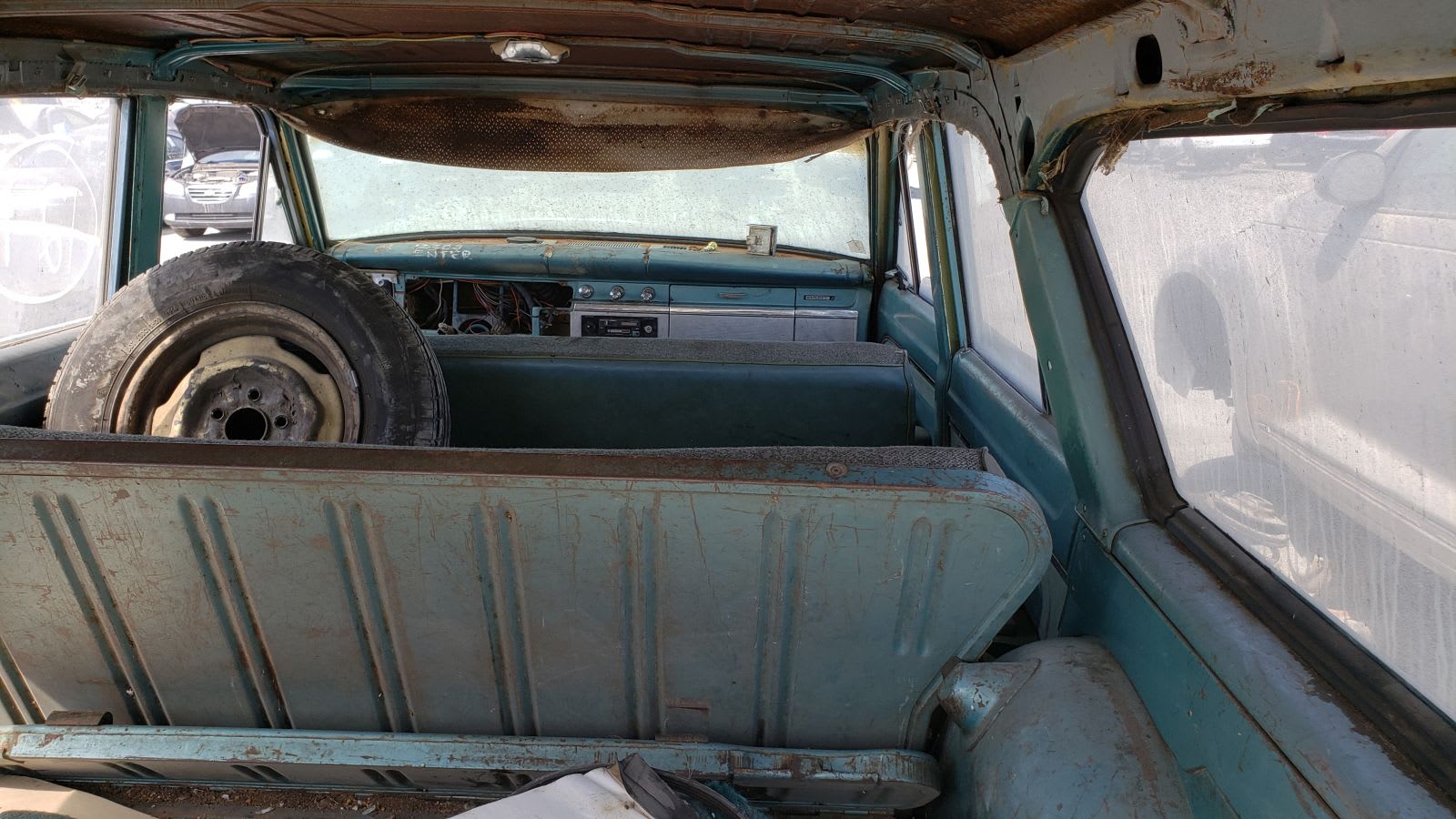 This car would have come with a 170- or 225-cubic-inch version of the slant-6, optimistically rated at either 101 or 145 gross horsepower (probably about 55 horses at the wheels), but I didn't feel like scraping sludge off casting numbers to see if it's on its first or 11th engine. In any case, slant-6 Darts were on the pokey side but would get you to your destination every time. 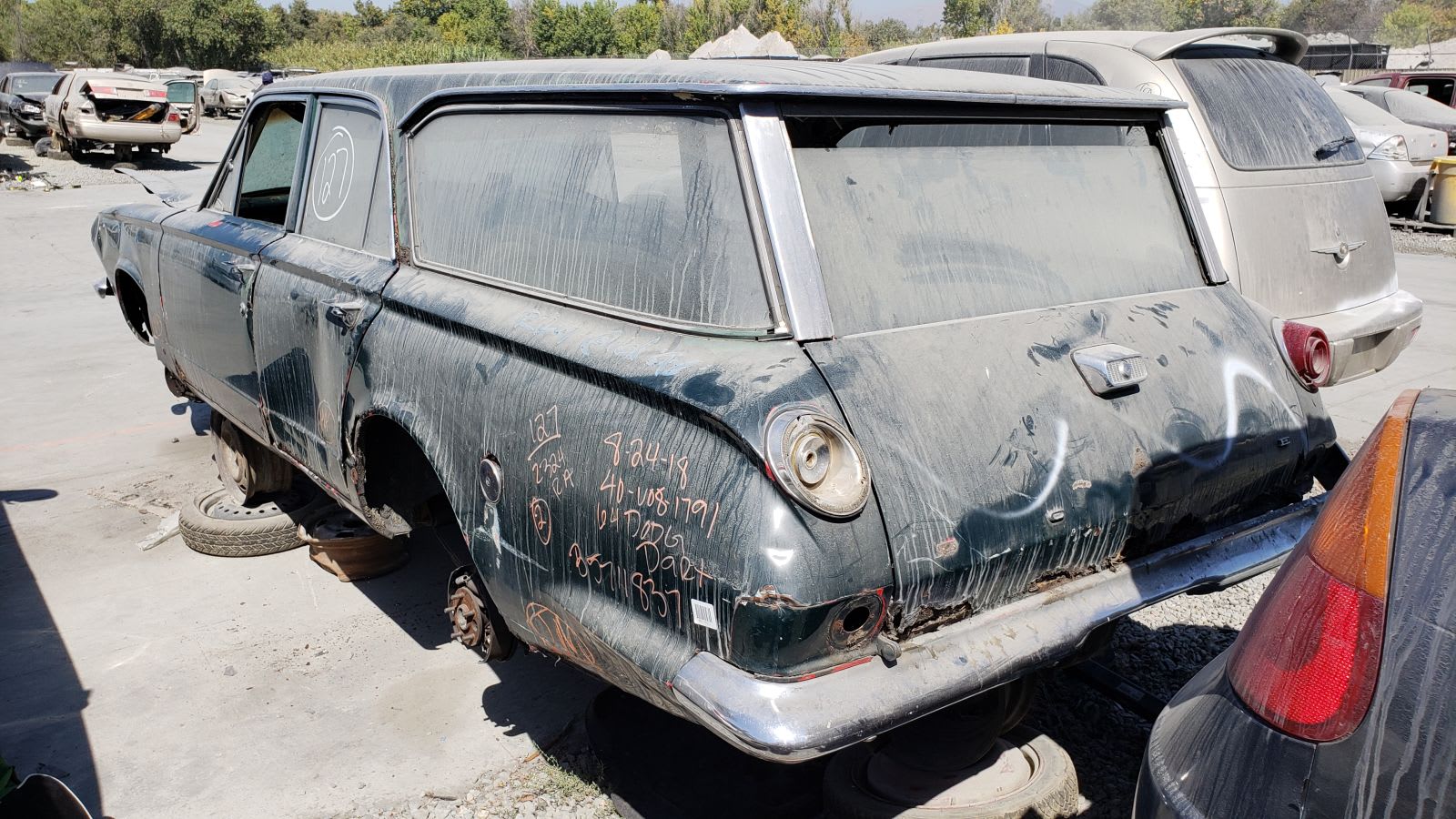 This one has a lot of rust for a California car (in New Hampshire or Wisconsin, it would be considered pretty solid) and the interior is more or less obliterated, so even dedicated station-wagon lovers wouldn't have been motivated to take it on as a restoration project. 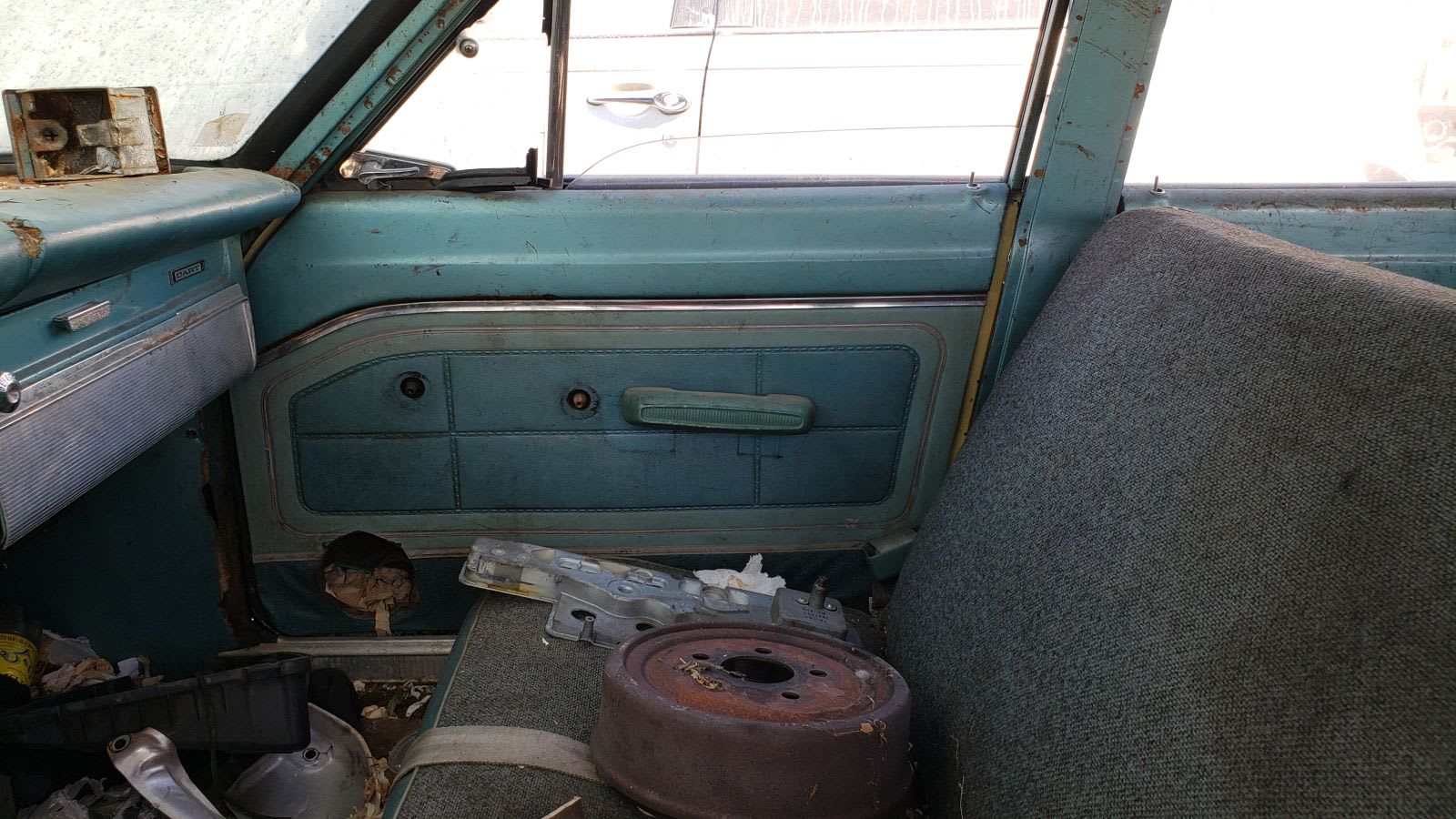 So another early Dart is poised to be stuffed into The Crusher, for reasons that make good economic sense. This still makes us sad, though.

Here's the compact you've been waiting for!