Reuters
DETROIT — General Motors Co President Dan Ammann will take over as chief executive of the automaker's majority-owned Cruise self-driving car subsidiary, trading in the No. 2 job at one of the world's largest automakers for a front-row position in the race to render traditional cars obsolete.

Ammann's move, announced by GM and Cruise on Thursday and effective Jan. 1, underscores the challenges for legacy automakers as they compete for capital and talent with transport companies born from the digital technology and artificial intelligence industries, such as rival Waymo, the self-driving car unit of Alphabet Inc, or Tesla Inc.

Cruise co-founder Kyle Vogt, who has been the company's chief executive, will become president and chief technology officer, GM and Cruise said.

"The CEO title is not the most important thing to me or to the mission" of developing safe, self-driving vehicles, Vogt said in an interview Thursday.

Cruise has a value of about $14.6 billion — equivalent to about 28 percent of GM's market capitalization despite no significant revenue and a product not ready for commercial launch. Japanese technology investment fund SoftBank Group Corp and Japanese automaker Honda Motor Co invested a total of $5 billion for separate minority stakes in Cruise.

Ammann joined GM in 2010 from Morgan Stanley, where he was an adviser to GM's government-led bankruptcy restructuring in 2009. He became GM's president in 2014 and led a wide-ranging restructuring of global operations that included the sale of GM's European Opel unit, an overhaul of the money-losing GM Korea business and, in 2016, the acquisition of Cruise. 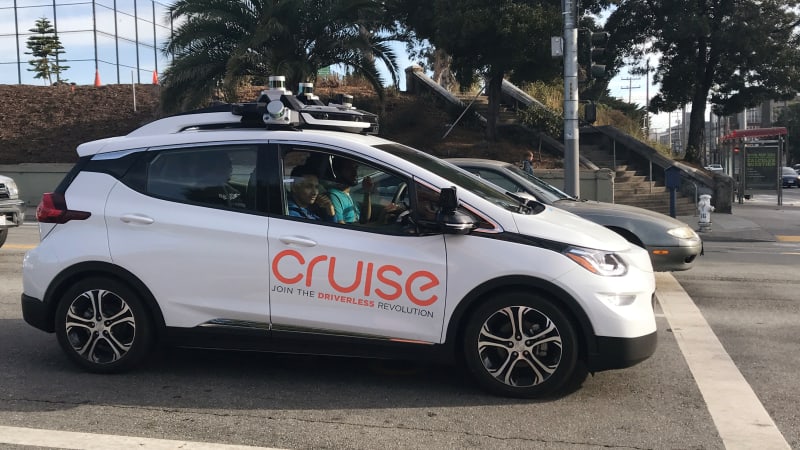 
Bringing in an executive with experience managing large organizations and dealing with Wall Street to replace entrepreneurial founders is a common move in the technology industry.

However, it is unusual for a top executive at a global automaker to move to a small technology startup, even one as well-funded as Cruise. It does, however, make sense for a company that plans to expand. Interestingly, Ammann was instrumental in GM's initial public offering (IPO) in 2010.

"The scaling of this business is going to be a massive undertaking," Ammann told Reuters.

Analysts have speculated that GM eventually will sell shares in Cruise or spin it off. Ammann said Cruise has the capital it needs for now. "We'll have a lot of flexibility and different opportunities to raise capital," he said.

Ammann, 46, will take over an operation that is growing rapidly and faces technical and regulatory hurdles to achieve its goal of launching a robo-taxi service by the end of 2019.

Vogt, 33, and Ammann reaffirmed the goal of launching an automated ride service next year.

"From a technical standpoint ... we have line of sight to where we need to be for our initial launch in 2019," Vogt said. "There's plenty of work to be done."

Since GM's acquisition, San Francisco-based Cruise has grown to 1,000 employees from 40, and recently announced plans to expand operations to Seattle. Vogt and Ammann said they expect Cruise to grow substantially as it launches a robo-taxi service and other ventures built around its autonomous driving technology.

"Today no one has a car that can be driven by itself, better than a human and is producible at large scale," Ammann said. "Once that exists ... we're going to be in a very interesting position in terms of how we turn that into a business."

Cruise has focused on developing automated taxis for cities. GM has not said where Cruise will launch its robo-taxi service, but Ammann and other executives have noted that Cruise is doing most of its testing in San Francisco.

GM Chief Executive Mary Barra, in a statement, described Ammann's move as the "next step towards commercial deployment."

With Ammann moving to Cruise, GM said that executives running GM's global auto operations and its GM Financial unit will report to Barra. GM earlier this week announced plans to cut 15,000 employees in North America, including a 25-percent cut in executive ranks.