From the tail end of the era when small wagons with manual transmissions were mainstream.

The E100 Toyota Corolla sold well in the United States during the 1990s, but the pivot of American family-hauler buyers from small wagons to small SUVs progressed quickly as the decade went on and compact wagons seemed increasingly irrelevant. Toyota axed the US-market Corolla wagon after 1996, when the RAV4 went on sale, making today's Junkyard Gem a very rare and (in its small way) historically significant Junkyard Gem. 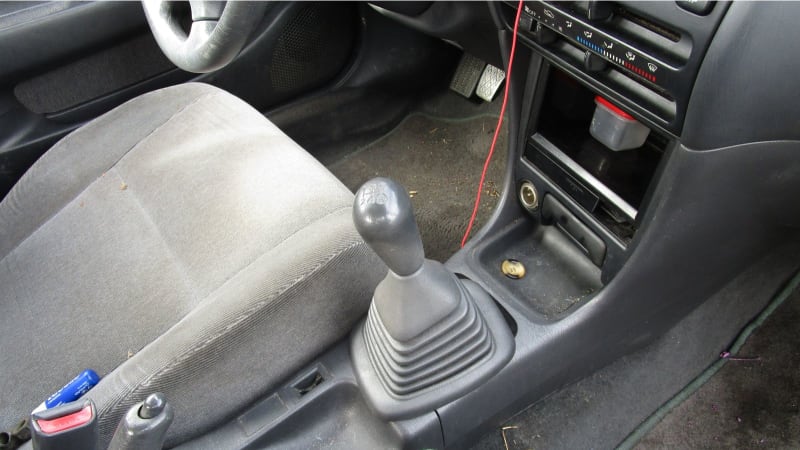 Just as wagons were in their US-market death throes by 1994, manual transmissions were being increasingly shunned by two-pedal-loving American car shoppers. The buyer of this Corolla wagon wanted the 5-speed, however, either because it was cheaper and got better fuel economy... or because it livened up a sensible-but-soporific commuter car. 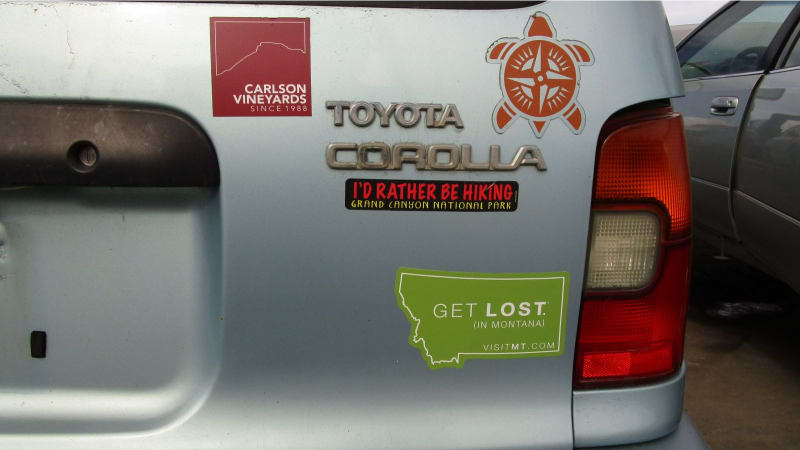 As is typical of Colorado wagons, this one has had its share of outdoorsy travel adventures. The Subaru wagons I see in Denver wrecking yards also tend to have stickers like this car's, plus plenty of cannabis-dispensary and microbrewery stickers. 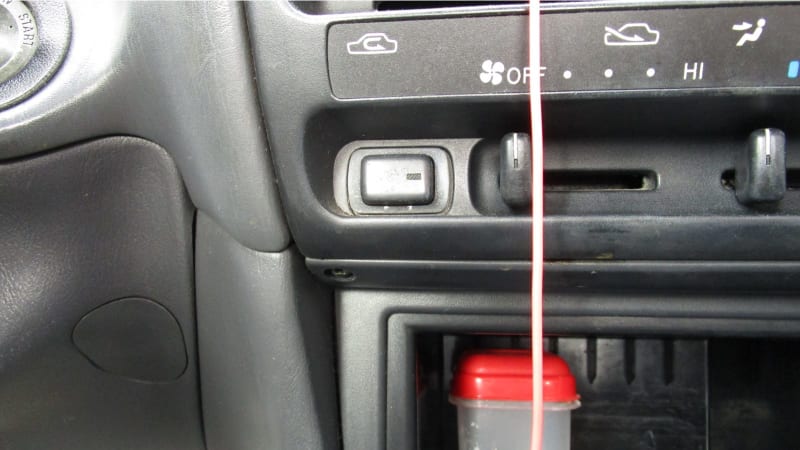 Now that just about every four-wheeled motor vehicle sold in North America has air conditioning as standard equipment, this sort of optional A/C button looks like a real throwback to the 1970s. 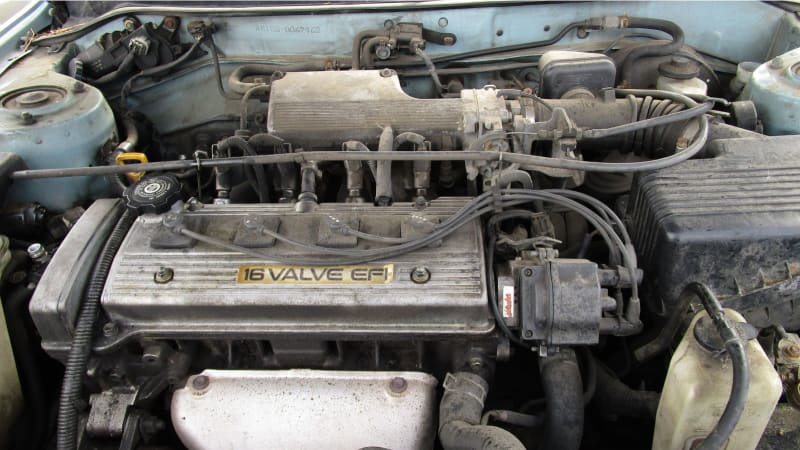 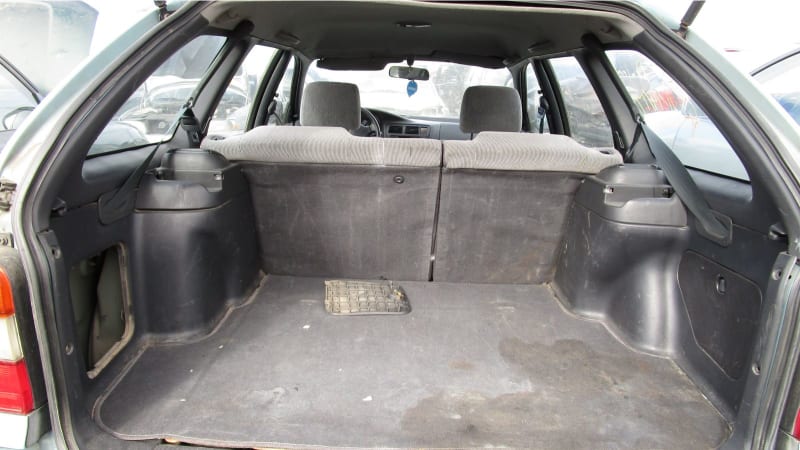 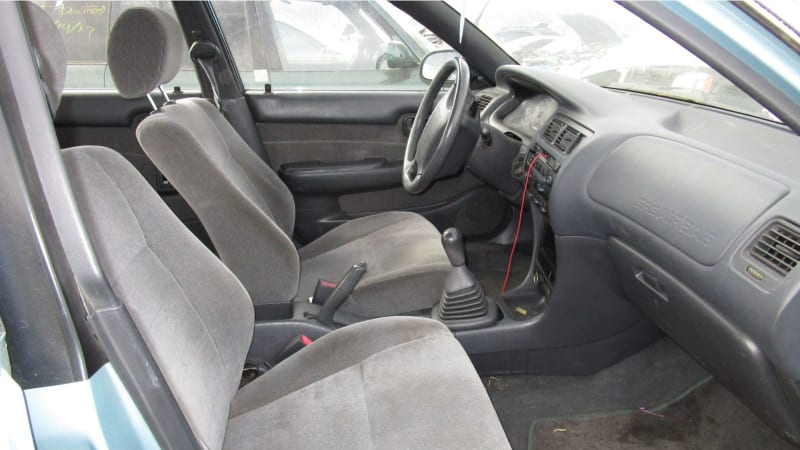 I neglected to photograph the odometer in this car, but it's unusual for Corollas (or, to be fair, RAV4s) to appear in wrecking yards with fewer than 200,000 miles on the clock. The interior of this Corolla looks very clean, so either it was well-cared-for or didn't drive much. I'm betting on the former.

In the E102 Corolla's homeland, you could get this car with four-wheel-drive. Not so in North America.

"You can't buy a more impressive car for less."