Tony Markovich
It's been used in the movies a million times: A character takes a swig of the hard stuff, pours it all over a room, flicks a flame, and sets the scene ablaze. Regardless of whether the logistics of such an event are plausible, the idea is that ethanol from the grain alcohol is flammable. The owners of Missoula, Montana-based Montgomery Distillery took this premise and put it to work by using vodka to fuel the combustion engine on a backyard-built 1980 Yamaha racing motorcycle that set a land-speed record.

The Missoulian newspaper reported that Ryan Montgomery and his wife, Jenny, take ethanol from the "heads" off Quicksilver Vodka ("heads" are leftovers from distilling that are too impure to drink) and use the stuff to run an old XS650 bike. And not just for a ride around town. The Montgomerys used this bike to set a land speed record at the Bonneville Salt Flats.

The motorcycle was categorized at Bonneville as an alternate-fuel-powered 650cc-750cc partially modified motorcycle from 1980 or older, for which the record was slightly slower than 98 mph. The Montgomerys hit 114 mph, according to the Montana Standard.

Montgomery had never raced or built a speed motorcycle before, but some simple tweaks allowed him to get the bike safely running and driving. According to the Missoulian, he has a cutoff switch attached to a wristband like on a jet ski. He wrapped the fuel line in fireproof material, wired bolts on the front fork and drain plugs on the bottom of the engine, and removed the front brake to save weight. (Plenty of room to slow down on the salt flats.)

Most important, he re-jetted the carb to allow more fuel flow, because the bike drinks the vodka twice as quickly as traditional gasoline. The fuel burns clear, he says, and smells slightly fruity.

At the Bonneville Motorcycle Speed Trials, the vodka two-wheeler had one mile to get up to speed and one mile to slow down. Interestingly, the record stood for mere days before it was broken by a man named Dennis Weinhold. He wasn't running alcohol as fuel, but he was able to get his more powerful 1974 Honda CB750 up to an impressive 140 mph.

In the end, all that mattered to the Montgomerys was the accomplishment, not how long it stood. Getting the bike to run on their product, including locally sourced grains from Ryan's father's farm, and setting a record was fulfilling enough. 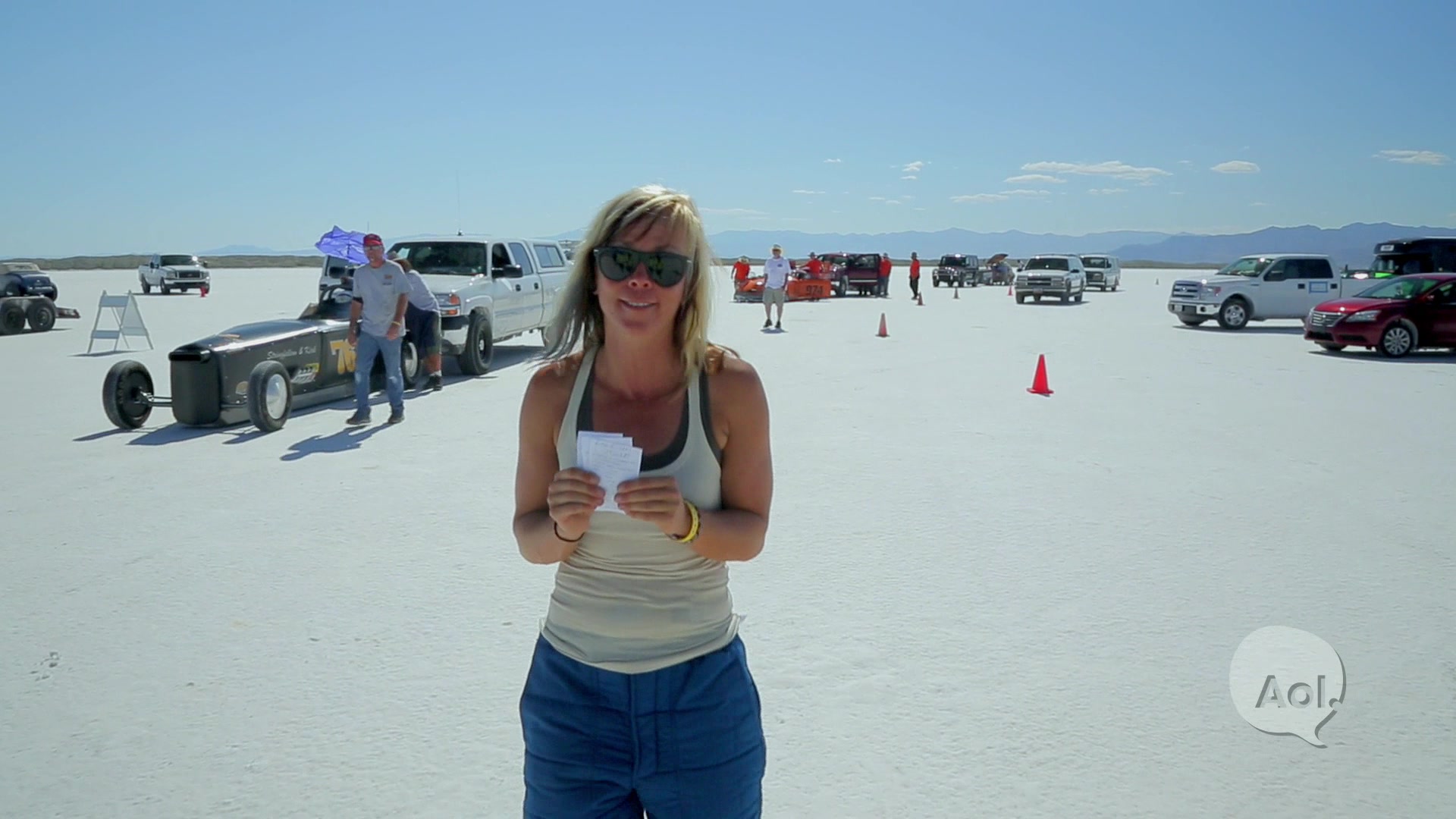