Mazda has been promising that it will bring the Skyactiv-D diesel engine to the United States pretty much since the last Mazda6 redesign for the 2014 model year. And even in the wake of delay after delay, the company has insisted it will happen. Well, it looks like we may not be far from the fulfillment of this promise, since the EPA and DOT's FuelEconomy.gov website now has numbers for the diesel-powered Mazda CX-5.

What's surprising, besides the existence of hard numbers, is that those numbers aren't actually that big of an improvement over the gas engine. In fact, highway numbers are the same as the gasoline versions. The front-drive CX-5 diesel gets 31 mpg on the highway, and the all-wheel-drive one gets 30 on the highway. The diesel does see improvements in the city. The front-drive model gets 28 mpg versus 25 for the gas equivalent. The all-wheel-drive model gets 27 mpg rather than 24 for the gasoline version. Also concerning is the fact that the CX-5 diesel isn't the only diesel in the segment. The Chevy Equinox is available with a diesel, too, and while city mpg is about the same, it can hit 38 mpg with all-wheel-drive and 39 with front-drive on the highway.

With this in mind, Mazda will probably market the engine as more of a performance upgrade, and maybe something with a bit of extra towing capacity. This is because the engine is expected to make a bit over 170 horsepower and 310 pound-feet of torque. The power number is a smidge below that of the 187 from the 2.5-liter naturally aspirated gas engine, but the torque number is much higher than the gas engine's 186 pound-feet.

We've also reached out to Mazda for comment on this development. A representative offered no further comment beyond the company staying committed to diesels. 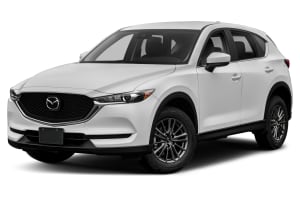