GM's mini-Corvette for Europe, now at the end of its road in Colorado When John DeLorean and his Pontiac Division came up with the gorgeous XP-833 Banshee prototype in 1965, nobody predicted that much of its styling would show up a few years later in an Opel. The original Opel GT, produced in Germany for the 1968 through 1973 model years, showed traces of the Banshee as well as its distant Corvette cousin, and could be purchased in the United States via Buick dealerships. Here's a tattered first-year GT in a Denver-area self-service yard. 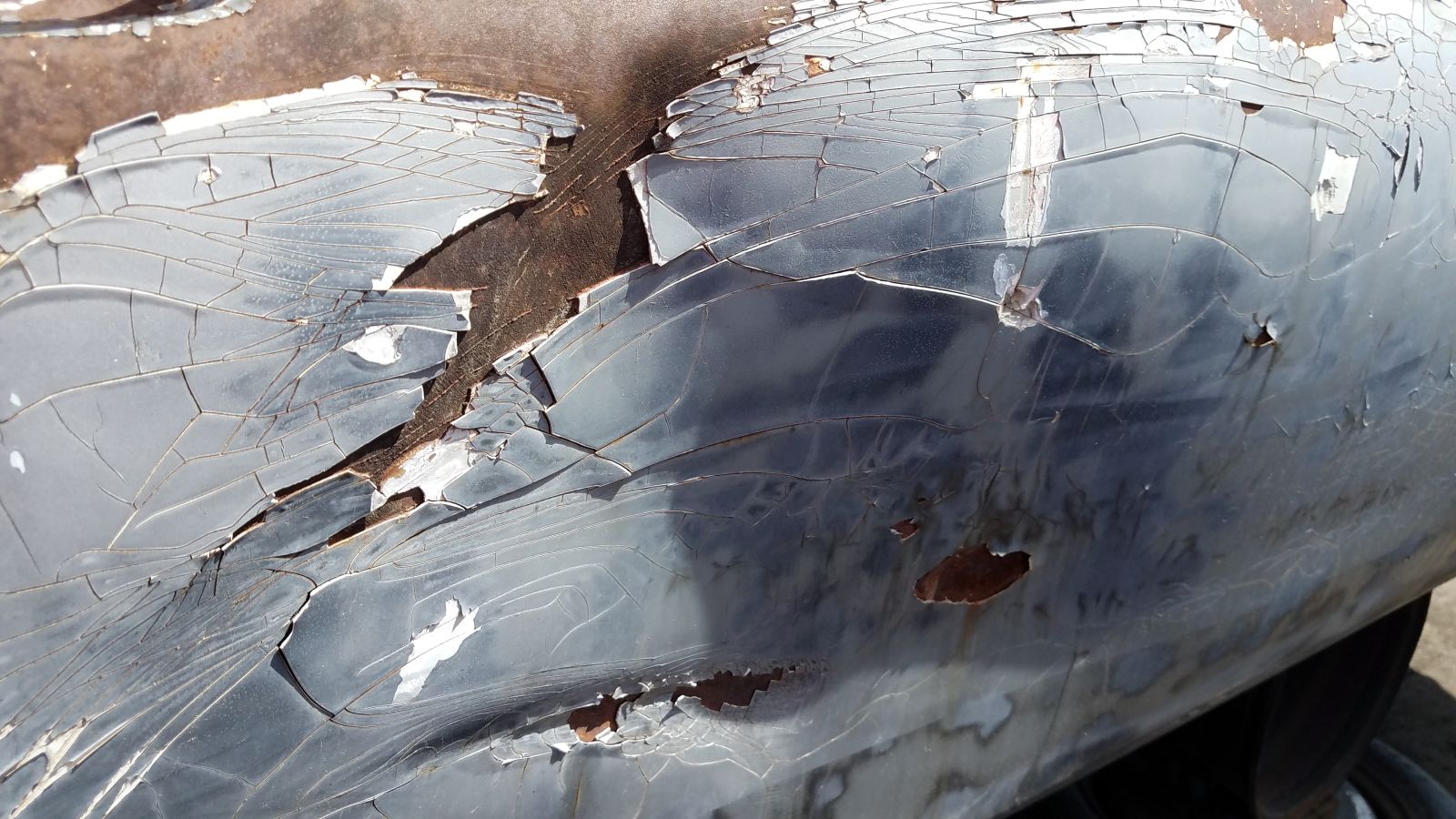 The layers of body filler, sun-bleached paint, and rust go deep with this car. 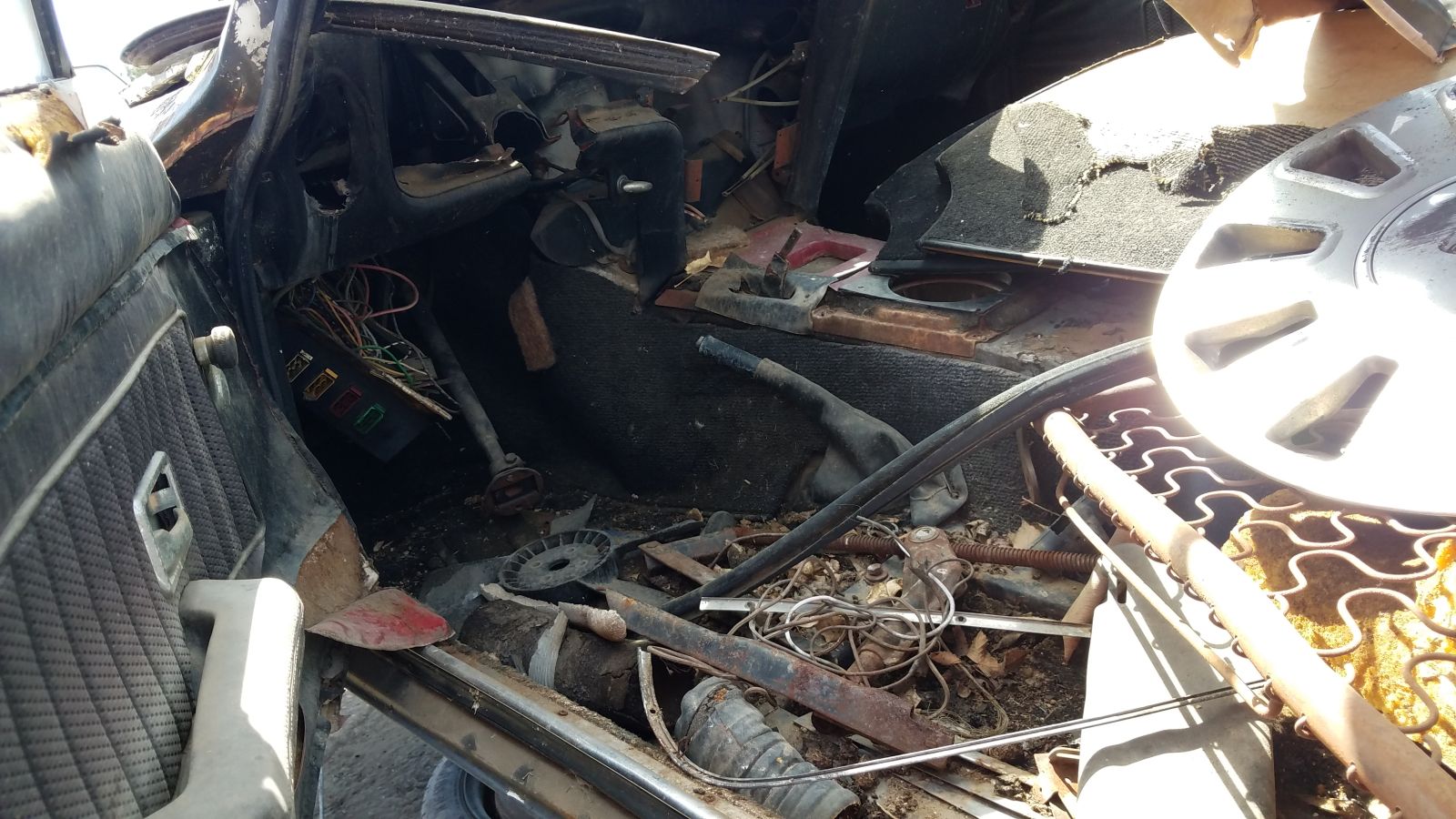 The engine — either a 1.1-liter pushrod four rated at 67 horsepower or a 1.9-liter cam-in-head unit good for 102 horses — is long gone, and the interior is beyond redemption. 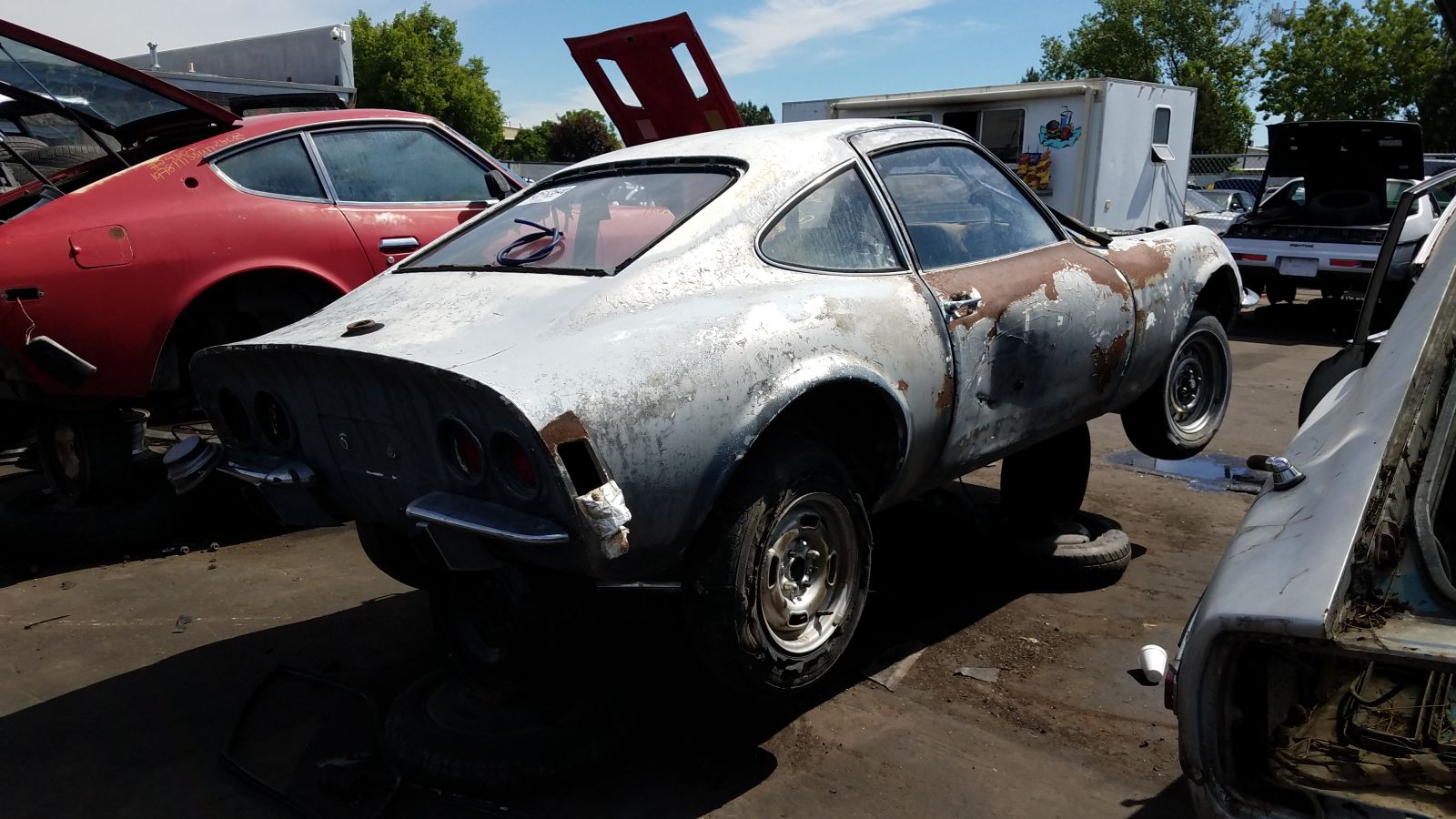 You can pick up a fairly solid Opel GT project for non-terrifying dollar figures these days, so a basket case like this one never had much chance to escape the crusher's cold steel jaws. 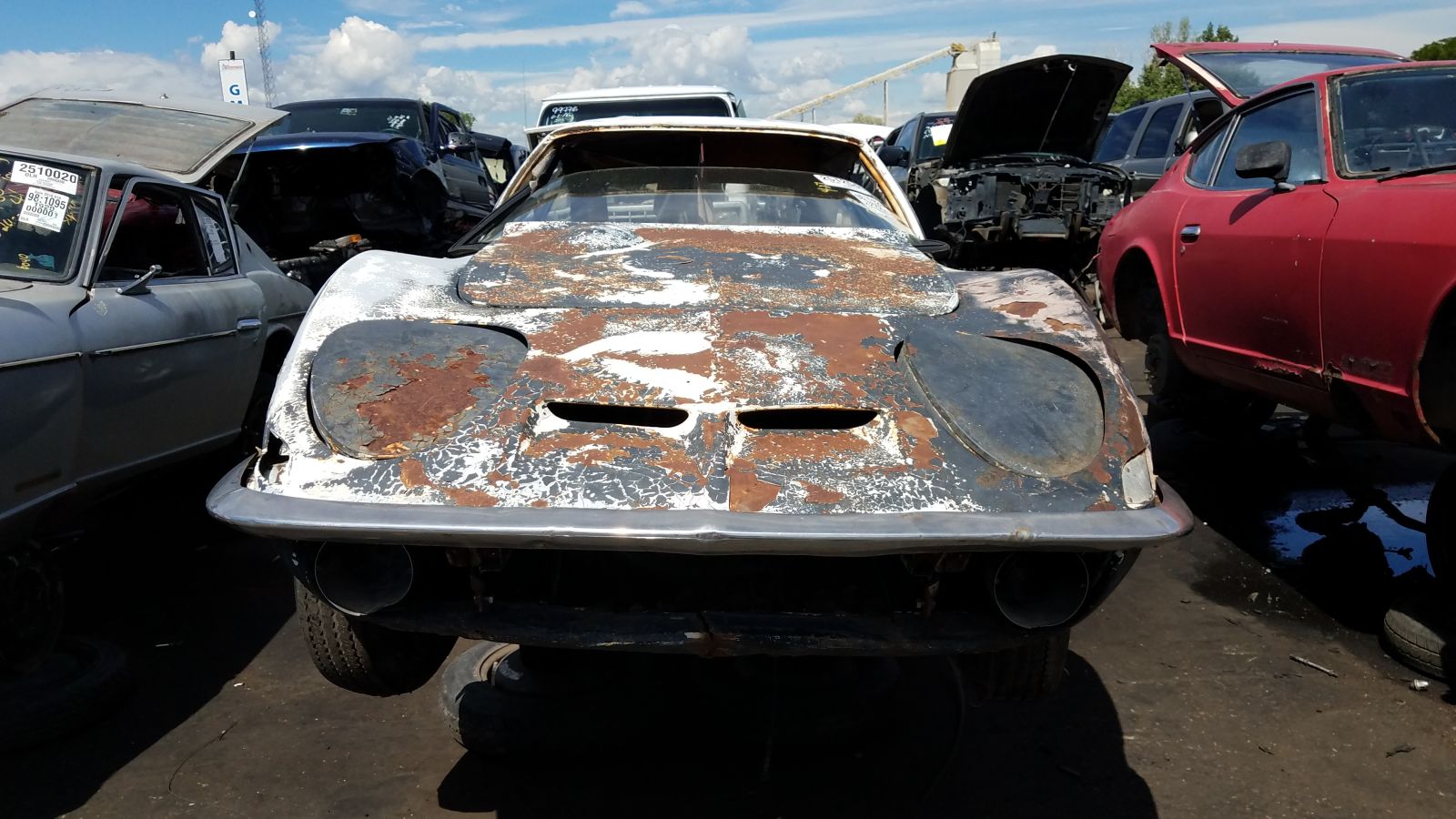 Even if you don't count the Cadillac Catera (a rebadged Opel Omega), I still spot the occasional Opel during my junkyard explorations. Mantas are extremely rare, as are Kadetts, but GTs are out there.


Not for corpulent, middle-aged Germans!