There's a small bump to torque and some interior updates

Reese Counts
It turns out the rumors and leaks are true. The 2019 Mazda MX-5 Miata will indeed get a slight performance increase. This fall, the car's naturally aspirated 2.0-liter inline-four will make 181 horsepower and 151 pound-feet of torque. That's a 26 horsepower and 3 pound-feet bump over the 2018 model. It may not sound like a lot on paper, but consider the fact that it's a nearly 17 percent increase in power in a car that weighs just 2,332 lbs.

When the current ND generation debuted a few years back, the Miata actually took a slight hit to power. It was offset by a sizable weight loss program, but it didn't stop people from making a fuss. These days, it's not often that a newer model actually loses power compared to the outgoing car. The new car now makes roughly the same power as the old turbocharged Mazdaspeed MX-5 from 2004.

In order to get the extra juice, Mazda engineers did some significant work to the engine's internals. Piston mass has been reduced 27 grams while the connecting rods are down 41 grams. The exhaust system and inner exhaust manifold have been modified to reduce pumping losses by 30 percent. The intake and fuel injectors have been changed, too. A new dual-mass flywheel replaces the single-mass unit. This should help better manage engine vibrations and responsiveness. Lastly, the final drive ratio has been increased from 3.454 to 3.583. Other gear ratios remain unchanged. 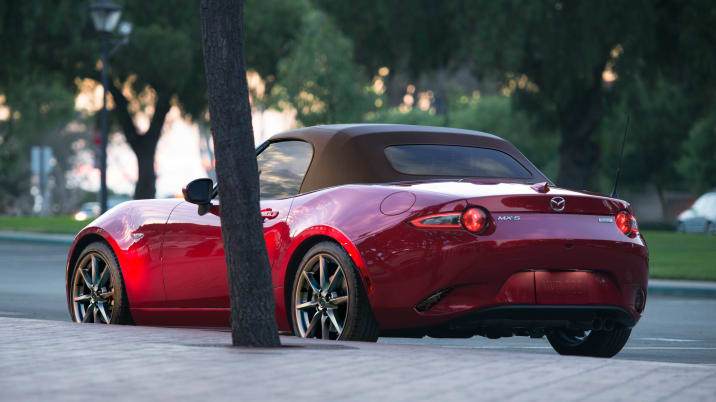 There are other minor but welcome changes for 2019. The steering wheel now telescopes, a boon for drivers with long legs. The doors are easier to open and feature revised door stops. The cupholders and seat levers have both been updated. Finally, there are new 17-inch wheels and a new brown canvas soft top.

How all these changes will affect the car remain to be seen. While many people have been clamoring for more power, some of us here at Autoblog feel the Miata may lose some of its current character with such a significant shift in power and torque. Either way, we're as excited as ever to get behind the wheel. 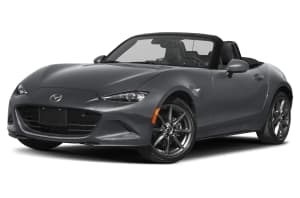