It sure is cheap, more practical, too

Joel Stocksdale
Do you love the absurd angular looks of the Lamborghini Urus, but don't have anywhere near the $200,000 needed to buy one? We have good news, then. A Chinese automaker is building a knockoff that costs about a tenth the price. Of course, you'll probably have to go to China to own and drive it.

According to carnewschina.com, the vehicle in question comes from Huansu, one of several brands under major Chinese automaker BAIC. The company's name translates to "Magic Speed" according to the news outlet, as well as a Google translated version of PCAuto, a Chinese car news website. The model name is reportedly called C60, but it also has the name Hyosow on the back. 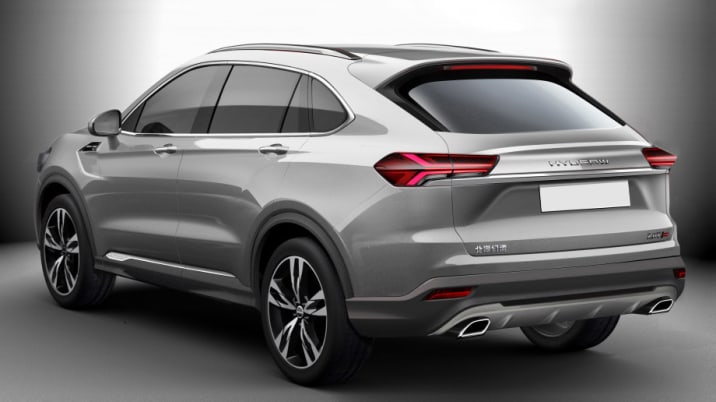 It certainly hits the design on the head. Or at least 90 percent of the head. The silhouette of the grille is nearly identical, but it picks up a quartet of LED foglights on each side. The massive hexagons in the Lamborghini's grille are replaced with slats. The headlights are similar with individual LEDs, but the shape is much simpler. Continuing around the side, the Lambo's triangular fender vents have morphed into something that looks more like a shovel. The doppelganger lacks some of the sharp creases of the Italian car, and the resemblance really starts falling apart at the back. The large taillights of the Huansu have some of the angular lighting designs of the Lamborghini, but they aren't nearly as striking as the Lambo's narrow elements. There aren't any big vents, and the diffuser is far more boring on the Huansu. All that being said, though, this sucker is a blatant knockoff, regardless of how accurate it is or isn't.

Despite a name like "Magic Speed," we don't expect this C60 Hyosow will have much of it, since it will reportedly have just a 2.0-liter turbocharged four-cylinder making 195 horsepower. At least it will be practical, housing between 5 and 7 people depending on how it's equipped. And of course, it's way cheaper. Converting Car News China's price estimate to U.S. dollars, the Huansu will only cost between $15,000 and $24,000.

It may be a shameless knockoff, but we have to admit it probably isn't going to cost Lamborghini sales. People with Toyota Corolla money aren't on the verge of buying a supercar anytime soon. The official reveal of the SUV will be on June 6 at the Chongqing auto show, according to PCAuto.