Listen to the mid-engine Chevy Corvette in on-road video

An exhaust note all its own

Reese Counts
For the second time this week, we have a new batch of spy photos of the upcoming mid-engine Chevy Corvette. Even better, there's video to go along with the pictures. In the short clip, you can hear the deep burble of the Vette's V8, though we don't yet know which small-block variant the car will get. Take a listen and leave a comment letting us know what you think. 
The audio isn't the best, so it's difficult to tell if there's any turbo or supercharger whine coming from the car. The exhaust doesn't sound quite like either the LT1 or the supercharged LT4, but that could simply be down to tuning. You can hear some very quick upshifts, meaning the car has an automatic transmission. It's difficult to say if its the rumoured Tremec dual-clutch or simply a fast-shifting torque converter auto.

In the photos, you can see the Corvette's staggered wheel and tire combo. The car is wearing Michelin Pilot Sport 4S summer tires. The front are 245/35ZR19s while the rear are wider 305/30ZR20s. The car wears the same size front rubber as the current C7 Corvette Stingray. The rear tires don't match any current Corvette, but they are the same size as the Chevy Camaro ZL1. 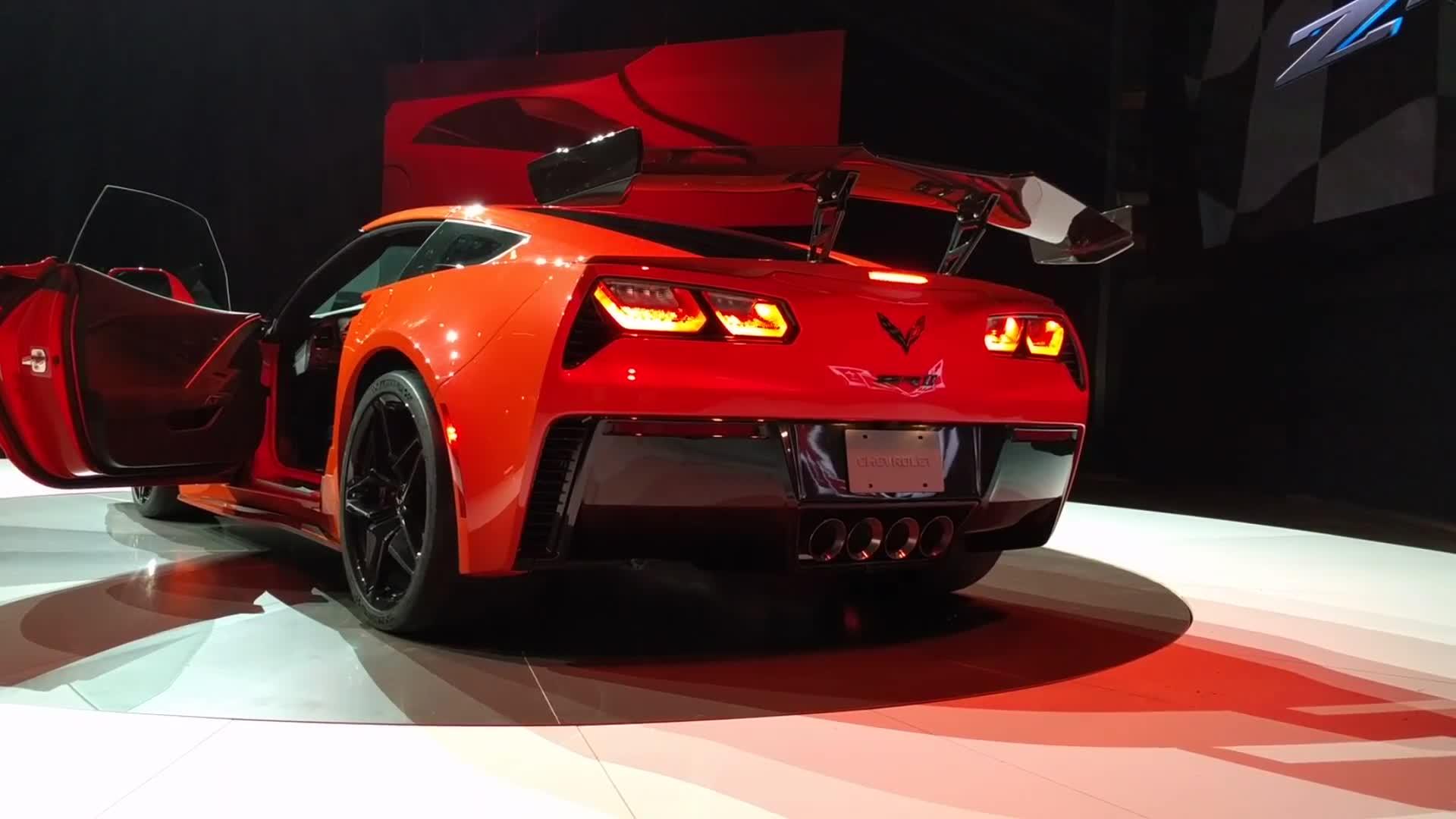