The next ES sedan could be sold globally, replacing the GS

Antti Kautonen
Lexus has shared a teaser image of a yet-unnamed future production car, which we believe to be the upcoming ES. The now-familiar spindle grille fills almost the entire image, which Lexus has served us with the tagline "Expect the Unexpected".

So, what to expect? Word on the street is that the rear-drive GS saloon is on its way out for good, and the ES would fill its shoes. The 2011-introduced GS has been a slow seller recently, and Lexus might lift the ES to the position of its sole midsize sedan – especially as it moves onto the new TNGA platform already used by the Camry and Avalon, known ES relatives on the Toyota side of things. Let's not forget the ES nameplate debuted way back in the late '80s on a posher Camry with frameless windows, and the models have walked hand-in-hand ever since.

The "Unexpected" tagline could be justified by offering all-wheel drive, which would be a first in the ES; the blue tinge of the teaser's Lexus logo refers to a hybrid system, which is also mentioned in the company's teaser tweet. The car will be a global model, which the ES hasn't yet been.

More than just a pretty face. Offering a range of advanced gasoline and hybrid drivetrains so the world can experience the luxury of Lexus. Witness another Lexus global debut in Beijing on April 25th. https://t.co/keFrERmgPD pic.twitter.com/v1cm88iMmb


At 7,773 units, the ageing GS's 2017 sales have nearly halved from 2016's 14,878, which also saw a significant drop from over 23,000 cars sold in 2015, when it was last refreshed. By comparison, Lexus sold over 51,000 ES models last year, also topping 2017's Toyota Avalon sales by almost 20,000 cars. Perhaps the more aristocratic GS isn't seen as a viable as the more bread-and-butter ES, which could be imported to Europe for the first time ever. Earlier this month, we reported that GS orders and production are being called off.

Lexus will unveil the new car in Beijing later this month. More teasers are likely to be on their way, and with them, we can report more about the car's appearance and likely spec. In a flurry of crossovers, a traditional saloon sounds like a fresh thing to introduce. 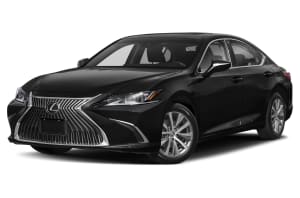 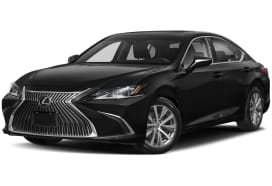 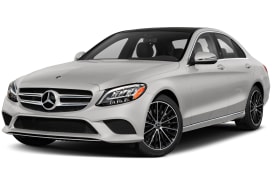 $1,006 - $1,568 Nat'l avg. savings off MSRP
See Local Pricing
I'm not in the market for a vehicle at this time. Please move this suggestion to the side for 30 days.
Huge Savings