If you missed out on buying a Jaguar F-Type Project 7 roadster a few years ago, Jaguar will now offer a way to get the next best thing. It's rolling out a new graphics package for the F-Type SVR that adds a set of stripes and contrasting accents that are very reminiscent of the special Project 7 and the race cars that inspired it. And since the current SVR makes the same power as the Project 7, you won't be missing out on much except the custom bodywork.

Across the hood and fenders are similar horizontal stripes that only really differ in how the number "575" is included. This number represents the car's 575 horsepower. The front stripes are joined by more on the sideskirts and mirrors, with those on the sideskirts also getting the 575 designation. The stripes are complemented by a grille surround and wing end caps finished with the same color as the stripes.

Jaguar will offer the graphics package in six color combinations. It can be had in white with red stripes, black with gold stripes, grey with blue stripes, red with black stripes, blue with grey stripes, or silver with black stripes. Also, while it will be a no-cost option overseas, it will add a bit to the cost of North American examples. Jaguar didn't say how much the option will be here, though. 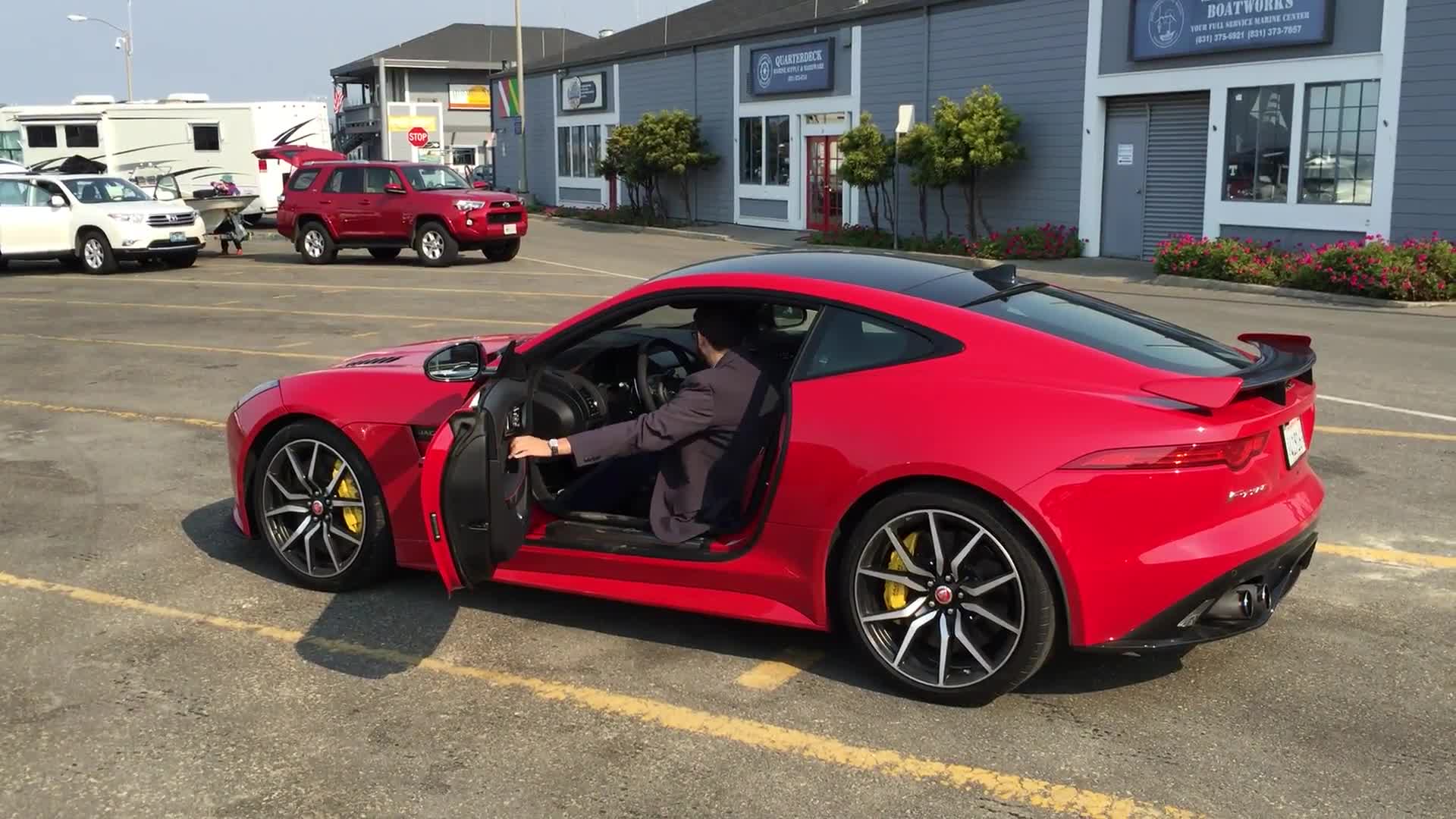