Watch a next-gen Tesla Roadster rocket down a test track

Video captures "quickest car in the world" going through its paces

Sven Gustafson
Tesla was recently spotted testing its next-generation Roadster on the test track at its factory in Fremont, Calif., and now we have footage of the supercar's vaunted launch capabilities. Twitter user Shehryar Khan posted the following video last week complete with an adoring, all-caps tagline (beware the salty language at the end).

In the video, you can see the car's windows are down, and a ringing brake squeal is audible as the Roadster pulls up to a stop before launching. Then the tires squeal as the driver floors the accelerator and the Roadster positively screams off the line.

The video, of course, is too short and unscientific to serve as validation for Tesla's claims that the supercar will be the "quickest car in the world" and do 0-60 mph in 1.9 seconds and reach 100 mph in 4.2 seconds. But it's clear the Roadster will be more than peppy off the block.

The all-wheel-drive, four-seat Roadster will be powered by a 200kWh battery pack that Tesla says will give it a 620-mile driving range, plus three electric motors — one on the front and two on the rear. Base price on the new Roadster will be $200,000 when it hits the market in 2020, assuming Tesla can make good on its claims and conquer everything else on its considerable to-do list. 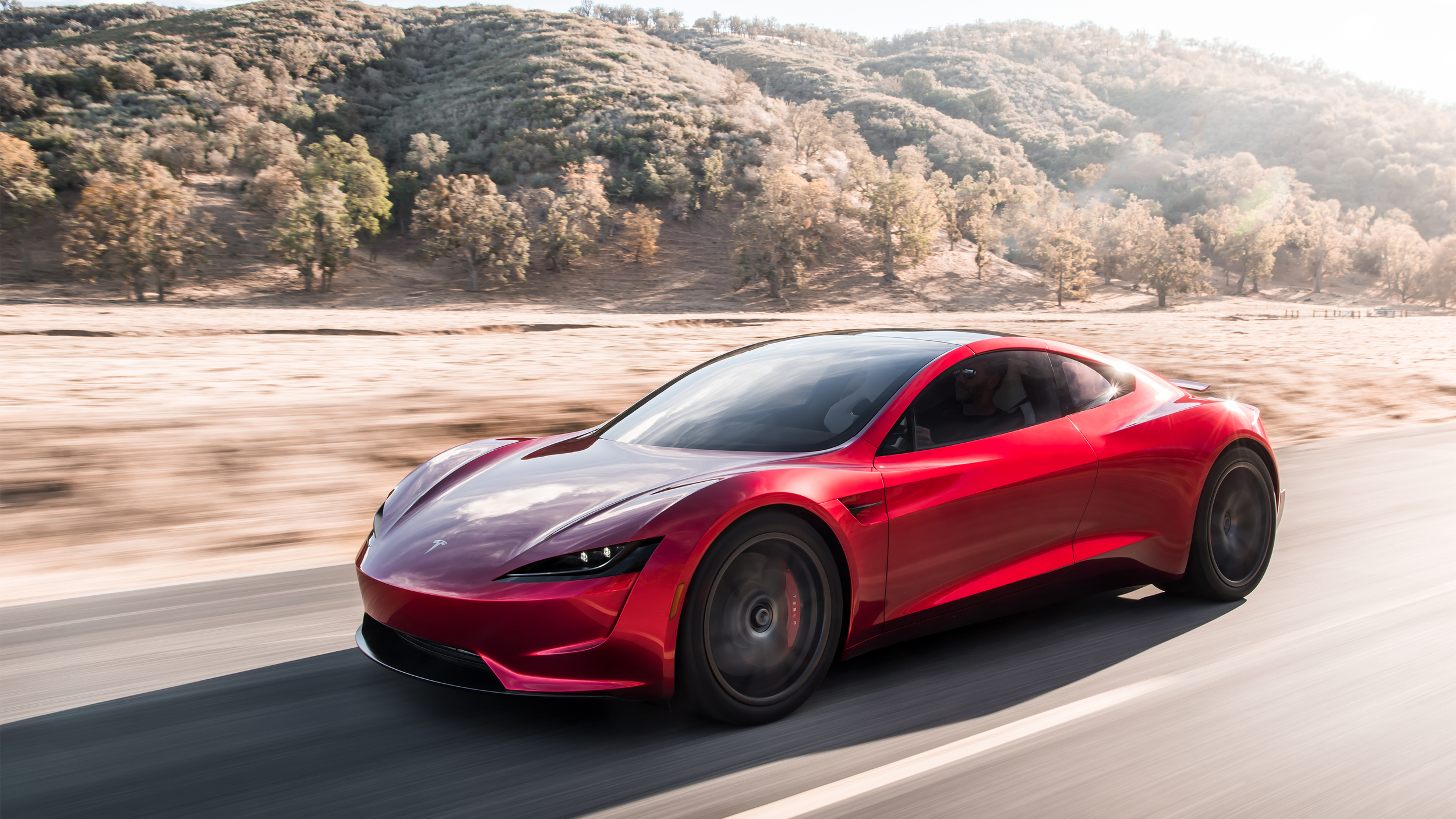