The company is also starting a one-make race series

Joel Stocksdale
Just as McLaren 650S had its racing version, the 650S GT3, its 720S successor will be joined by a 720S GT3. McLaren announced the new race car and provided renderings of the finished product. Compared to the road car, the 720S GT3 will have a much larger front grille along with vents in the top of the hood and front fenders. At the back, the rear grille will also expand, and the dual exhaust outlets will migrate to the car's center. Naturally, the race car will have all manner of canards, wings and diffusers to aid aerodynamics, too. 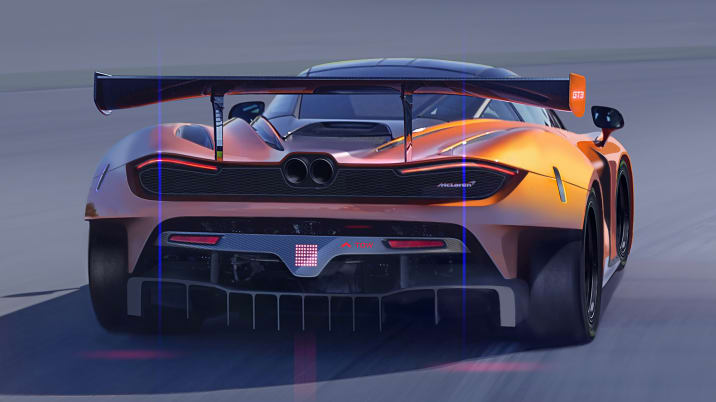 As for the mechanicals, McLaren didn't reveal too much. It will have a race-prepped version of McLaren's twin-turbocharged 4.0-liter V8. It's connected to a six-speed sequential transmission and powers the rear wheels. The body and chassis are made with liberal amounts of carbon fiber, and it has an adjustable suspension. The car will make its racing debut in 2019, and will be available through select McLaren dealers. In North America, those include dealers in Dallas, Philadelphia, San Francisco, Toronto, Newport Beach, Calif., and Scottsdale, Ariz.

McLaren also announced some new racing programs, the most interesting of which is the Pure McLaren-GT one-make race series. It will take place at European race tracks and is open to owners of McLarens with International D driving licenses. Those owners don't need race cars, either, as McLaren provides the cars, maintenance and prep work. The series starts in 2018. The other program McLaren announced was a driver development program to help advance young drivers in their racing careers. The company signed on four drivers to race in GT4 events.